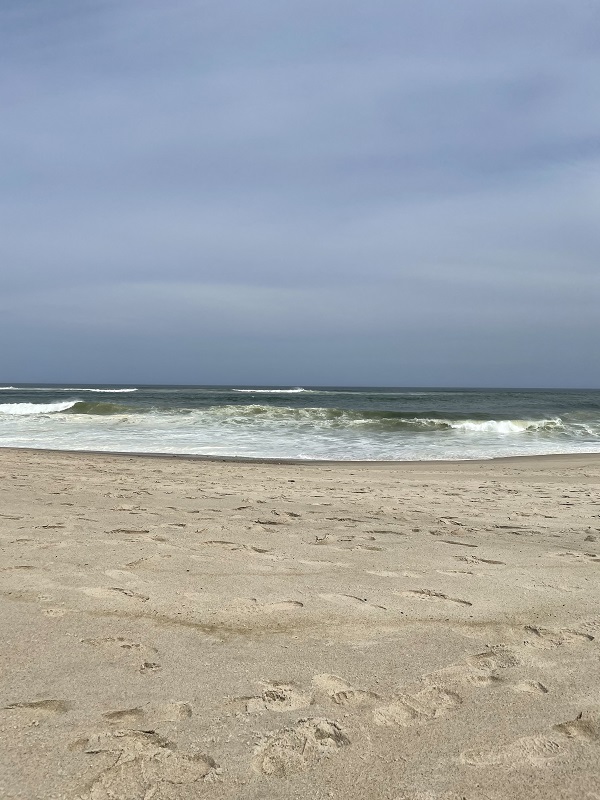 …apparently it’s been three months since my last post. How did that happen? I couldn’t tell you. There has been a lot going on in my world. Some good, some bad, some frustrating, some not frustrating, some exhausting, some exhilarating. Ultimately, blog brain power was sapped. But through it all, guess what? I’m still knitting.

So, would you like to see what I’ve been doing?

Current knitting projects include the Patti tank from the Berroco Chai pattern booklet which I won as a door prize from The Spinning Room yarn shop’s Spring Yarn Fling held on Zoom.

Chai is a linen/silk blend and I’m usually reluctant to knit with linen because it feels rough. But since I won the book, I decided to give the yarn a try! It’s rough and stiff. But that is fine – I’ve gotten used to it and I know that once I wash it, it will become soft and drape-y. I’m 3/4 way through the back and hope to be on to the front soon.

Those of you who know me are perplexed about my color choice. I tend toward PURPLES (mostly) and blues and greens. But something about this faded red color very surprisingly appealed to me.

Ideally it will be done during the summer so I can wear it for its intended season. ((Ha! See below for upcoming distractions…)

I’m also working on the Forest Path socks that I got as a kit from Knitography Farm Design (owned by the pattern’s designer Patricia Anne Fortune) last year.

As you can see from the picture, I’m not very far along but they are an adorable sock and maaaaaybe they will be done when the appopriate season to wear them arrives. (Ha! Again, see below for upcoming distractions.)

Lastly, I found these socks-in-progress way in the back of one of my yarn cubes….

They are a toe-up construction and I vaugely remember that I was going to practice a Fish Lips Kiss heel with them. However, when I wanted to work on them recently, I was in the car on the way to Cape Cod (that story coming up next) and couldn’t find the pattern. So, they are going to be tube socks! I’ll just knit and knit until I need to make the cuff and hopefully they will fit just fine without an official heel. Remember tube socks with the stripes at the top from way back? They fit fine, right?

When I originally started these, it was several years ago. Paul and I were out doing errands and spontaneously decided to drive up to Lake George and see the lake. I had not brought any knitting so I made Paul stop at Jo-Ann’s so I could buy some yarn and needles to knit in the car. I just couldn’t stand the idea of an hour up and an hour back with no knitting. Knitting peeps: can’t you relate??? Please tell me I’m not alone.

So, why was I going to Cape Cod? Well, Paul and I took advantage of the recent used-car buy-back boom and we sold both of our 3-year-old cars to a local dealer. No this wasn’t (totally) a rash decision because we do have other vehicles here to get us around. But we did need a non-truck, non-1995 vintage vehicle. So we found a used Buick Lucerne (which I used to have and I loved until it got too many miles on it — floated right along, the comfiest car!) with low miles and it happend to be in Cape Cod.

And what do you know… the dealer was just blocks away from A Great Yarn yarn shop in Chatham! Hooray!

While we were making the purchase, the salesman went out to the car to get some numbers and I , of course, brought out my knitting thinking this would take some time. He came back just minutes later and said, “I’ve only been gone a couple of minutes and now you are knitting?” Paul informed him that I bring my knitting everywhere and even showed him the “KNIT” license plate that would be going on the car. The salesman looked right at me and said, “Oh, you’ve got a problem.” I said, “Yes. Yes, I do.” It was hilarious. As we know, a knitting “problem” is code for “a knitting obsession that is the best hobby in the world and screw you all who don’t understand that.”

And of course we hopped down to the yarn shop….

I couldn’t resist this cute mitt kit with a new-to-me (PURPLE!) yarn and a local-ish (Vermont) variegated sock yarn.

It was a very quick, overnight trip but it was relaxing and we got some sitting-on-the-beach-listening-to-the-waves time.

In the meantime, since we last gathered here, I have finished a couple of things. The Changing Staircases shawl/scarf (free pattern alert!) was a fun, easy knit that I made with birthday yarn from my sister-in-law, brother-in-law and neice.

Loved the yarn, loved the color, love this pattern. Makes for a cute accessory.

I also finished the Shona scarf.

I made this with Plymouth Yarn Chunky Merino Superwash. It was meant to be wider, but I made it more narrow. It is wonderfully soft and squooshy and has a nice textured pattern.

I also made it shorter. I realized that I would likely wear it under a coat for warmth so I didn’t need the length. Not sure if I regret that decision (I might have also been a teeny tiny bit impatient to finish it…) since it looks a little silly being so short. Might be picking out the bind off and adding length. We’ll see.

Both of these will hopefully be upcoming classes that I will teach at The Spinning Room, maybe soon, maybe in the fall. The Shona is more likely a fall project because of the heavy yarn. We are working out timing and scheduling!

So what are the aforementioned distractions?

The Taffy Cowl is a pretty little cowl with humongous cable crosses that create a pretty, gathered look. Mostly garter stitch with a stockinette section for the cables, so overall a pretty easy knit.

The Strawberry Rhubarb slippers are cute slippers with an interesting bobble stitch to create a pretty look on the top of the foot.

These are smaller projects that are good for summer knitting, and they might make good summer classes to teach. I’ll be testing them out soon. Maybe today… I’ve never been good at waiting once a new knitting pattern catches my eye.

Speaking of which, what do you think of this????

This is the Baktus Scarf Lupine Vibes shawl. Another impulse buy. I loved the pattern and the colors (PURPLES and blues and greens!). Bought the pattern and then realized it looks HARD. It starts with a 566 stitch cast on… All those little triangle things are little sets of short rows (meaning: lots of turning, as the pattern expressly warns us)… Might be a good challenge???

Ok, so now for a little glimpse of non-knitting things going on around here…

Despite the stupid chilly weather, we got the garden planted, about a week later than we wanted to:

A moka pot (got mine at Target: 6-cup Moka Pot)to make espresso at home. I found out about it from an old Smitten Kitchen blog post (love, Love, LOVE her blog, her humor, her recipes). I’ve been having fun making Americanos. Next gadget will be a milk foamer to make cappuccinos.

Lastly, have to get in a picture of Smudge…

I have been informed that come July I will only have this officemate two days a week. We are transitioning back to the office, starting with three days a week. He is grouchy and a scaredy-cat but he is also very cute and very warm when he decides he wants to sit on my lap. I will miss him and I think he will miss me.