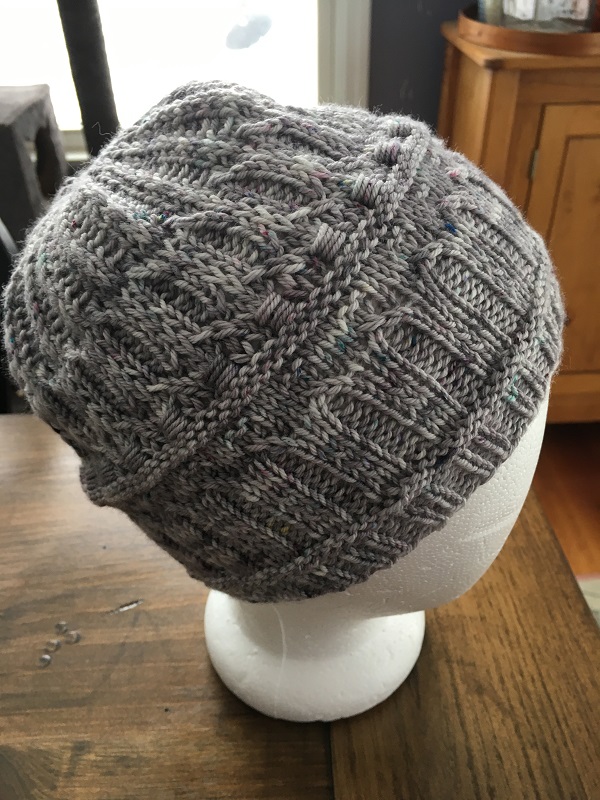 Up here on the hill where we live, it’s a different world from “down in town”. And really, when I say that, it all has to do with the weather. In the summer, it’s always five degrees cooler up here, which is nice. In the winter…. that’s a whole other story.

It’s still five degrees cooler, which we don’t appreciate as much. The truck, with the plow on it, sits outside, waiting. Because when it snows an inch in town, it snows six inches up here. When it sprinkles in town, or has flurries, we get three inches. (And by the way, it only takes three minutes to get to town – that’s how stark the contrast is.)

And at some point the pond pretty much disappears.

Luckily we’ve been braving the cold and walking up to the stop sign a couple times to get some fresh air and a mile and a half walk in.

Not so luckily, there is not as much for Smudge to look at and smell out the windows, so he’s got cabin fever.

That’s “the look” before the attack. Sigh.

So, in these doldrum winter days, Paul heads to garage to work on the car he’s painting for a friend, and I stay in the house to cook and knit.

Today’s cooking was meatloaf and a whole bunch of roasted veggies. A little later, I’m making some pizza dough.

But really, it’s all about getting that done, so I can get to my yarn.

Speaking of The Hill, but not the hill at home, I also started and finished a hat this week! The Capital Hat by Hinterm Stein is a pretty, textured hat that is a mostly easy knit (there are a couple of little tricky stitches but the instructions are explained well).

It might be a little hard to see with my yarn, but if you look at the Ravelry pattern page, linked above, you will see that it looks just like the dome of the U.S. Capital building. I used Peace Love & Yarns Blackbird yarn in the Royal Accent colorway.

I learned about this pattern from The Spinning Room yarn shop, who is hosting a knit-a-long this month using this pattern (Peace Love & Yarn is having a trunk show at the shop this month too!). With all the awfulness that happened at our country’s capital building on January 6, it was a nice diversion to think about our capital in a different way and remember what a privilege it really is to live in a democracy.

I also finished another long-time work-in-progress! The One Way Tee by Debbie O’Neill which I fell in love with in the Spring 2015 Interweave Knits magazine (it’s now available to purchase as a single pattern). I started this May 15, 2015, so it only took me 5 3/4 years to finish.

Oy, this one was a struggle to finish simply because of all the sewing up and weaving in ends. I finished the knitting quite some time ago.

I made this with Neighborhood Fiber Co. Studio Sport in the Shaw colorway. I purchased this at Fibre Space in Alexandria, Virginia, way back when traveling to visit our family there was just a normal thing. (Studio Sport has been discontinued but they have other lovely yarn!)

It has saddle shoulders, which I have never done before, so I learned something new. But they contributed to the PIA of sewing it up.

Although, the end result it great and I love it.

More rows have been added to my crocheted Sweet-Pea-Blanket-with-Mooreland-Blanket-colors, but I didn’t want to bore you with a picture that looks practically the same as the last one. I’ll post a picture when I have more done.

That’s it for today. I’m off to work on that blanket and then make pizza dough.