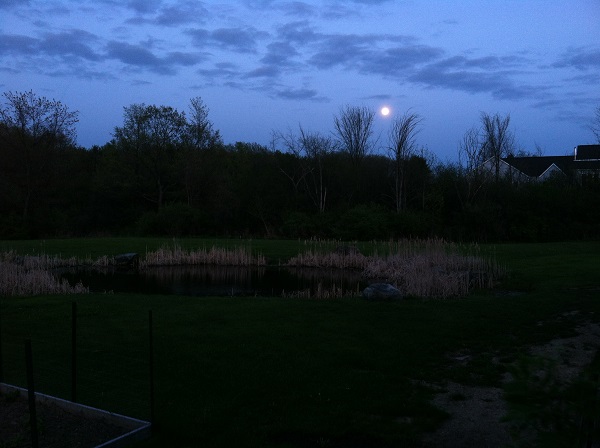 This weekend, in between other knitting frustrations- see below, I started the EZ’s 100th Anniversary Pi Shawl: Camping, which has been in my Ravelry queue since August of 2010: 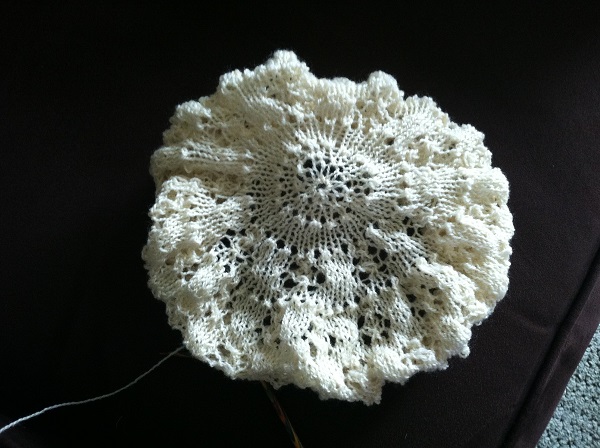 I can’t show it to you very well since it is on a circular needle, so click on that link up there to see what it will look like.  Last August, after the Altamont Fair, I decided that I would knit it to put in this year’s Altamont Fair.   Deciding right then gave me a whole year to work on it. A. Whole. Year.  I got my yarn in September, a fingering weight yarn from local sheep – how cool is that?  So, I was all set.  Ready to knit.  In September.  But I didn’t start until two days ago.  I now have less than 3 months to finish this, which may seem like  a lot of time.  However.  I started at the center with 9 stitches.  Currently, there are 288 stitches on my needle: 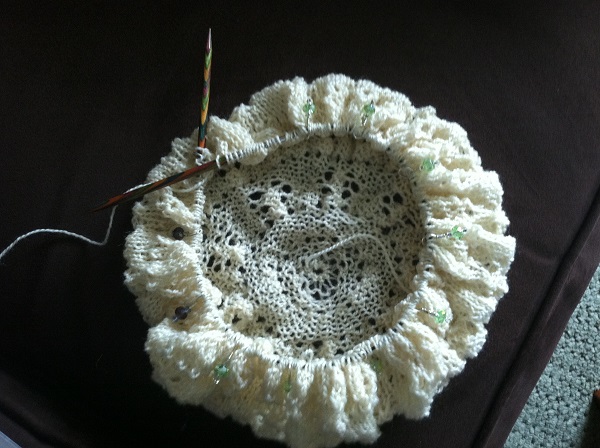 It will eventually increase to 895 stitches. In. Each. Round.  I also, in these next few months, will need to knit some samples for upcoming classes to teach.  Overly ambitious?  I’m actually somewhat optimistic.

Also this week, there was this:  I’ve been knitting for a long time, and knitting A LOT for the past 6 years.  As in, according to my Ravelry project page, 258 projects in 6 years.  And still, I make silly mistakes.   I was recently commissioned to make a knitted/felted bag for a customer at The Spinning Room.  I had a great chunk of time in the car to Connecticut on Mother’s Day so I knitted away and got a lot done.  After we got home I did another two hours of knitting and then realized…..

Can you see it?  That strip of squares in the middle is one row higher than all the other squares.  A mistake made about two hours back.  Which maybe I would have seen – or not done- if I had paid attention when picking my work back up to start knitting again.  And two hours of knitting equals 5 minutes of ripping out to get back to that point.  Doesn’t seem fair.  But, now back on track and have only some pockets to create that are not in the original pattern.  Stay tuned for the finished product.

I also finished my stealth project, which I will show you soon, but here is a snippet: 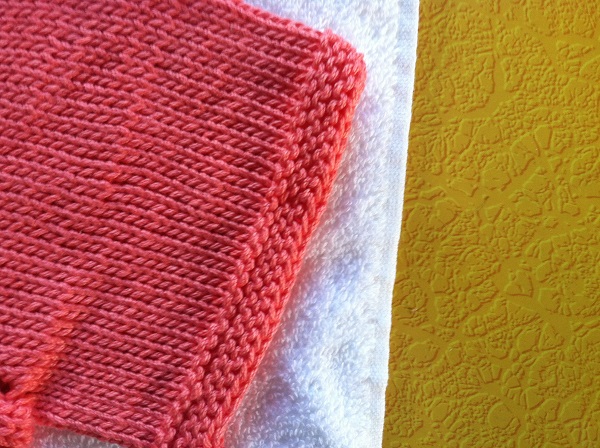 Oh, and in addition to the knitting that needs to get done, there’s the garden to contend with, which is currently in my front window: 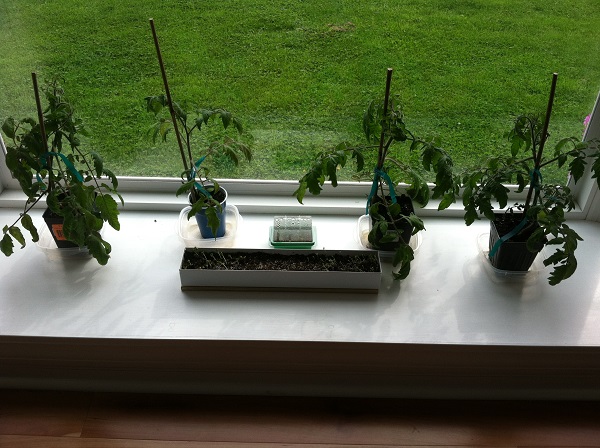 Hopefully it will get put in the ground this week and there will be no more frost warnings!

But, the full moon was really pretty this week: