We saw a lot of these signs: 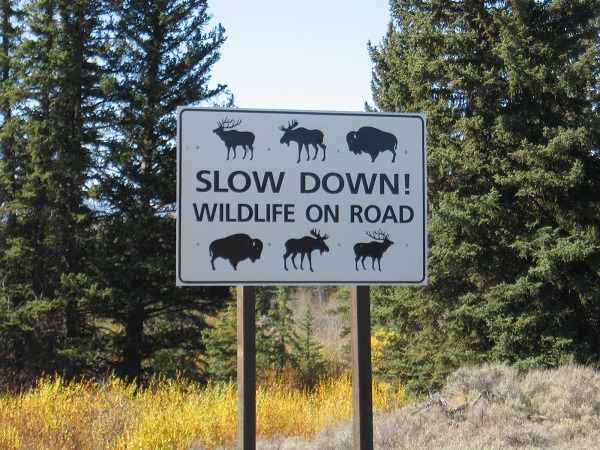 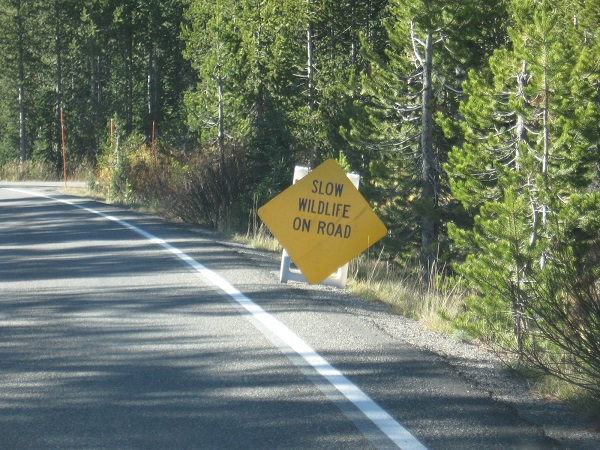 And they weren’t kidding: 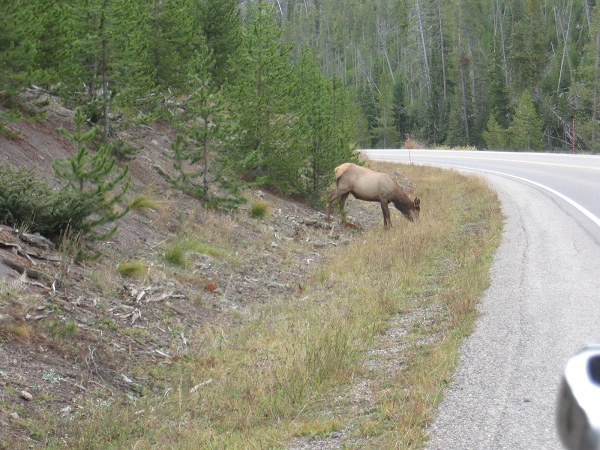 Especially the bison.  So, when we drove into the park that first day, we were hyper-alert to see some sort of wildlife.  We didn’t see much, but we did see this bison: 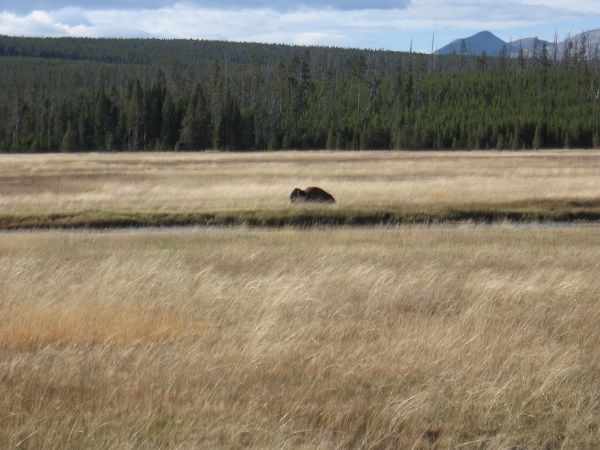 It was an oh-my-gosh-I-see-one-STOP-THE-CAR-alert-the-media-because-we-may-never-see-another-one moment.  We were so excited.  Well, the rest of our days were like this: 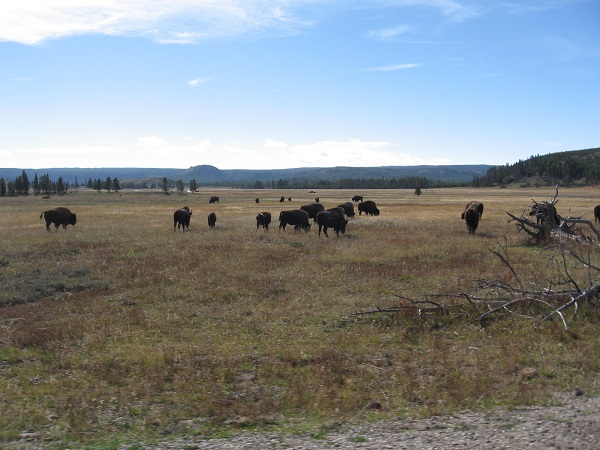 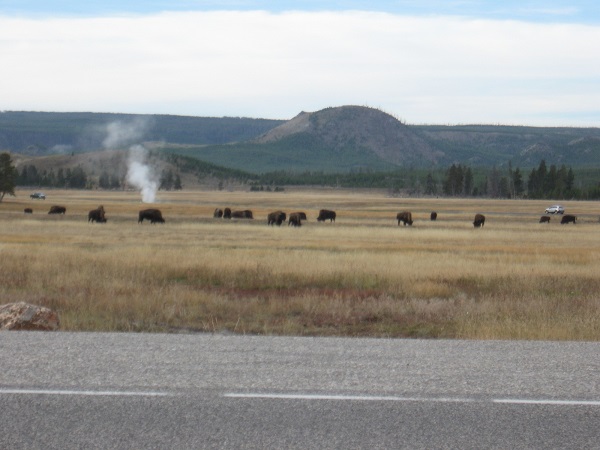 Hey, these ones are pretty close: 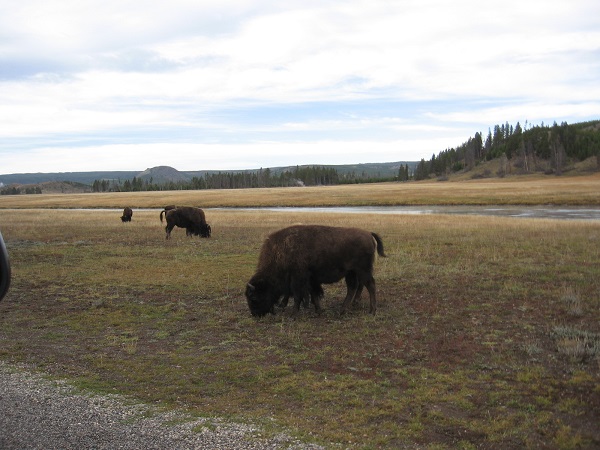 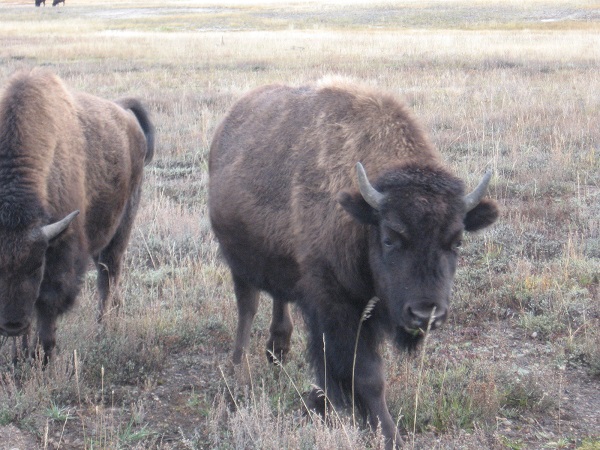 And here’s one walking on the side of the road: 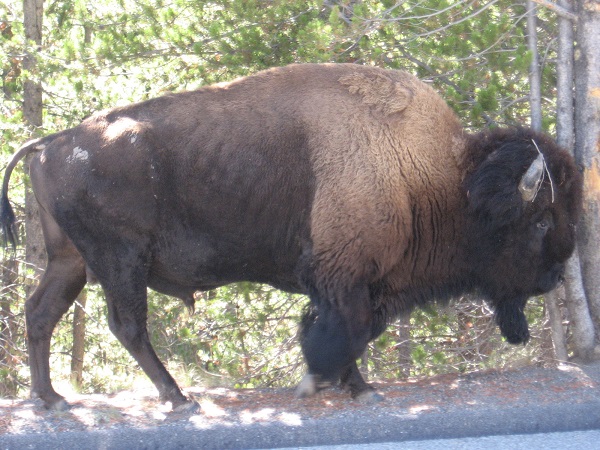 And this one is walking down the middle of the road: 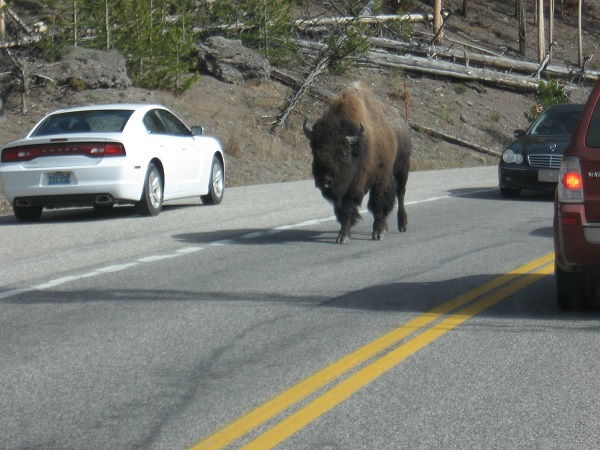 And this one is walking through the construction zone: 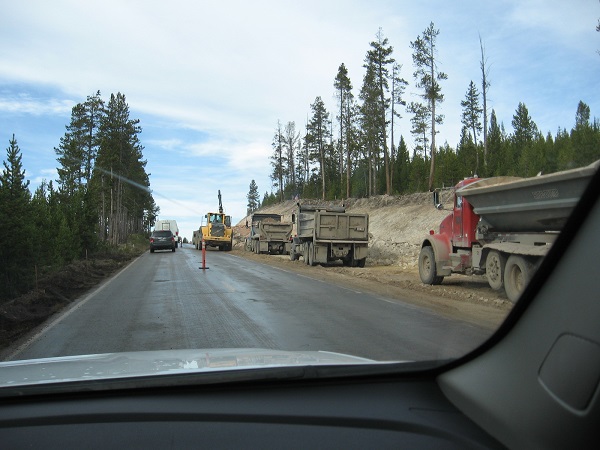 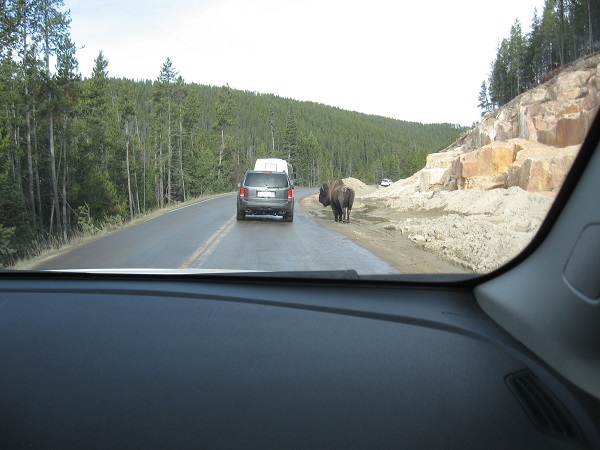 We even had lunch with one: 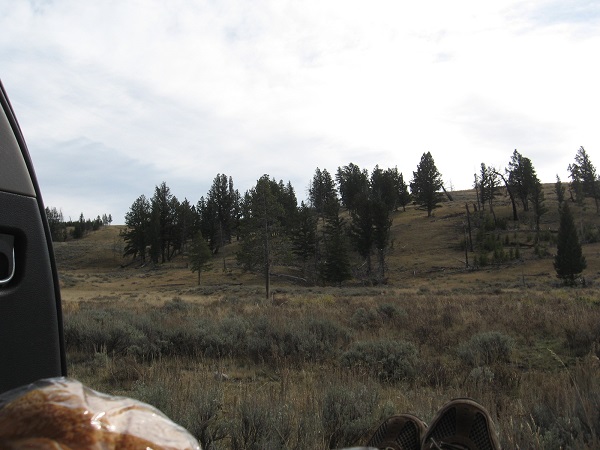 Ok, you can’t really see him in this picture.  But he is just near that closest tree in the middle of the picture, sleeping.  They were EVERYWHERE!  It was so cool to see them up close.

Which is why it took us three days to try the bison bratwurst and a bison burger.  We sort of felt bad about it.  The bison in Yellowstone are protected, but apparently there are bison farms, just like cow farms, where they are raised for the meat.  The bratwurst and burger were actually pretty good.  But we still felt weird about it.

We also saw these elk near the road: 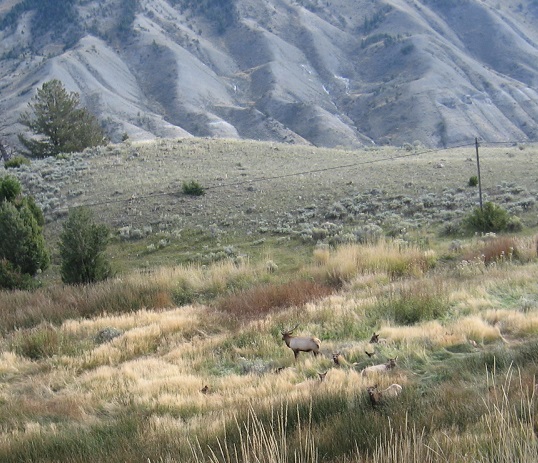 I mentioned in the last post about the constantly changing landscape.  Here is an idea of what it was like: 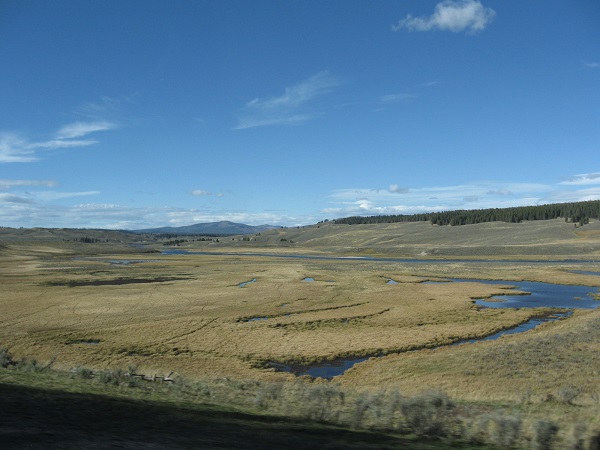 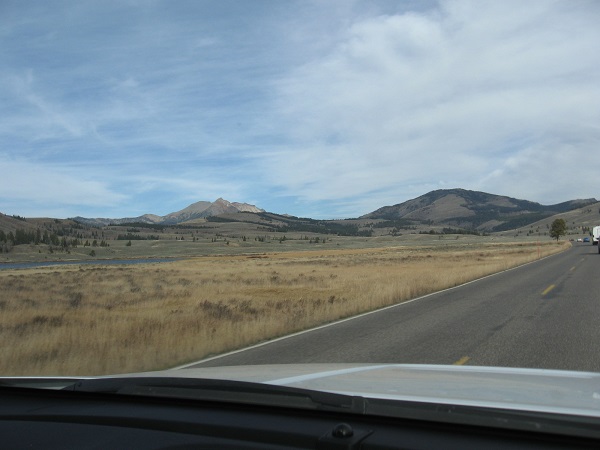 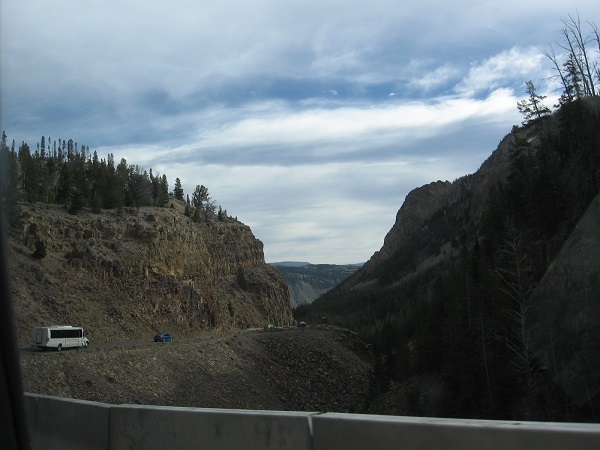 This road was being held up by steel beams.  We were not thrilled about that: 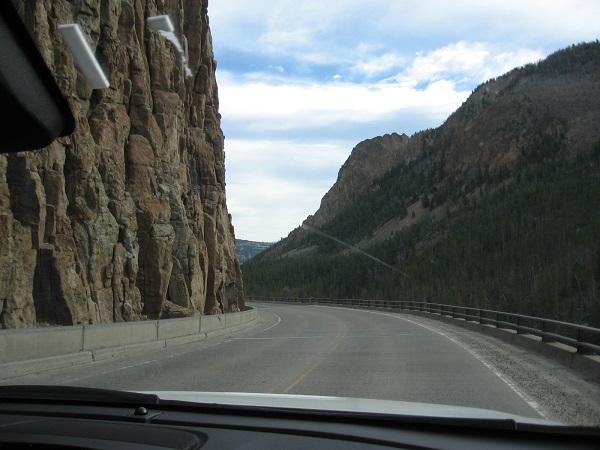 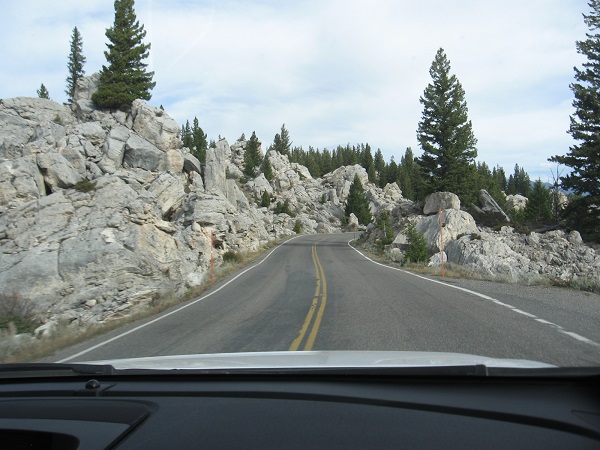 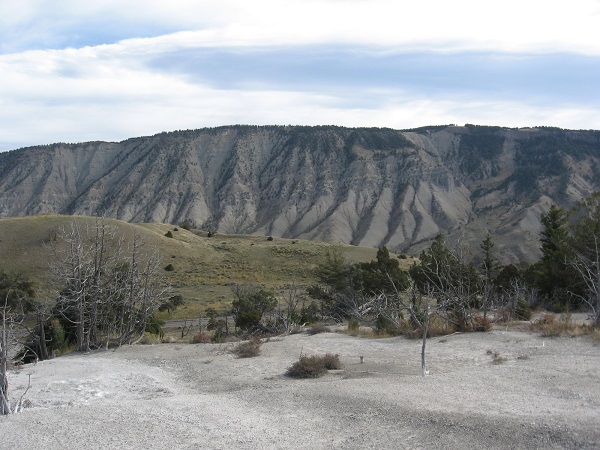 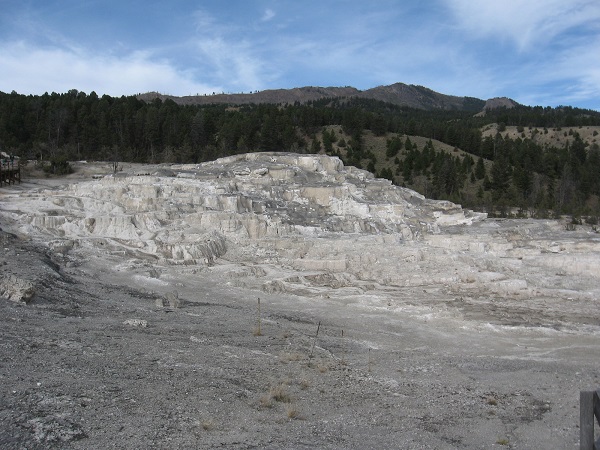 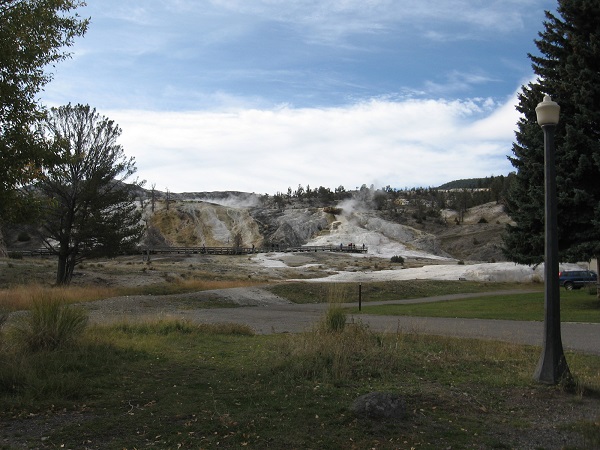 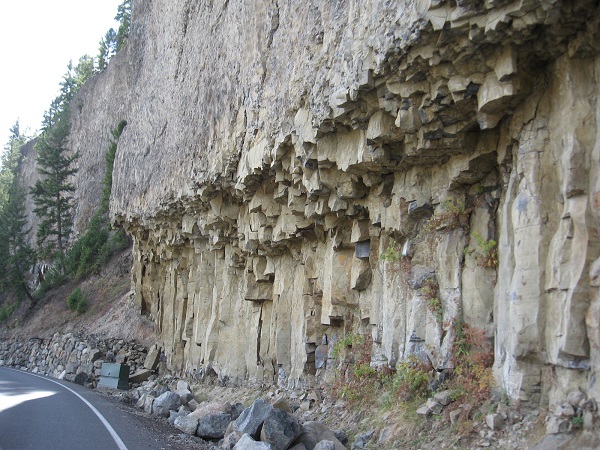 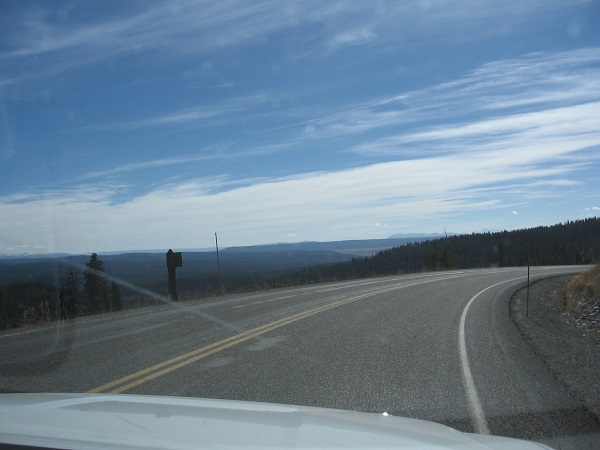 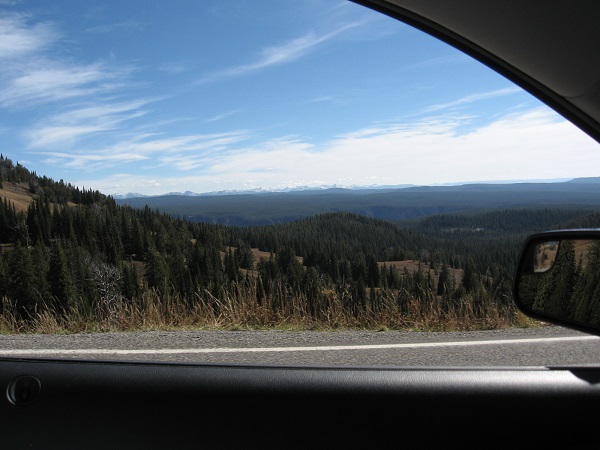 I was doing some white knuckle driving.  Paul and I are both not thrilled about heights and there were some parts of the road where I was almost driving in the other lane because I was so afraid I was going to drive off the cliff that was on my side of the road.

Lots and lots of driving.  Yellowstone is HUGE and to see it, you have to do a lot of driving.  At the end of each day, we walked around Old Faithful and the nearby geysers to stretch our legs.  Couldn’t resist a touristy pic of me in front of Old Faithful while it was erupting: 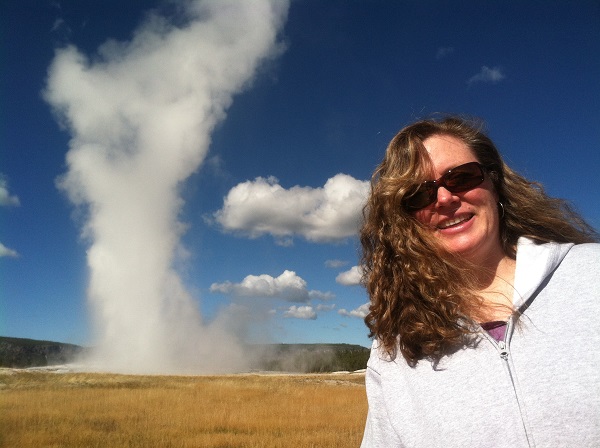 Ok, more pretty view pictures next time.  And some of my gripes about travelling and the other tourists.  In the meantime, I am happy to be home and looking at this view out my window while I write my blog: 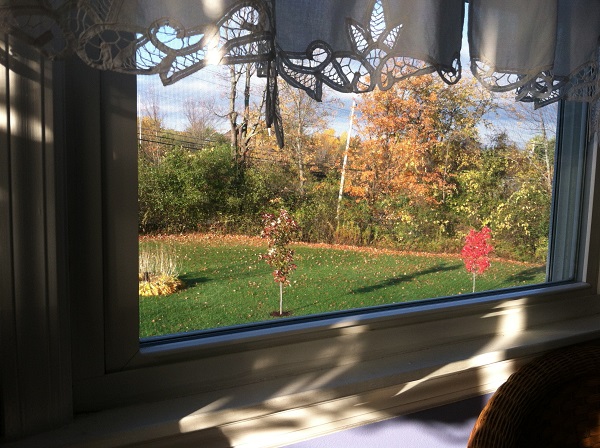 If you noticed in the trip pictures, there are no pretty color changing leaves.  Just green and brown and blue.  Still pretty but we were worried we were missing our beautiful fall foliage here at home.

The doodlebugs and I preserved some of that this week: 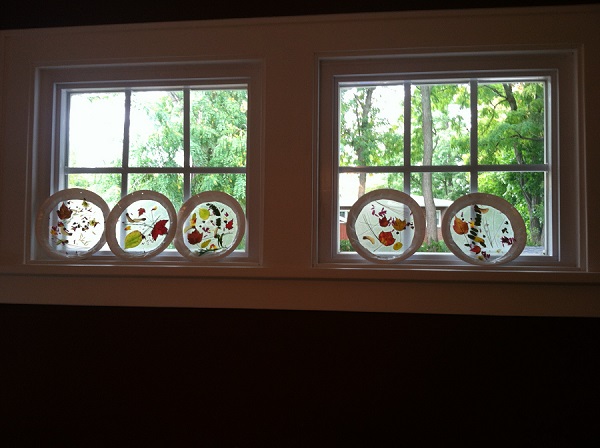 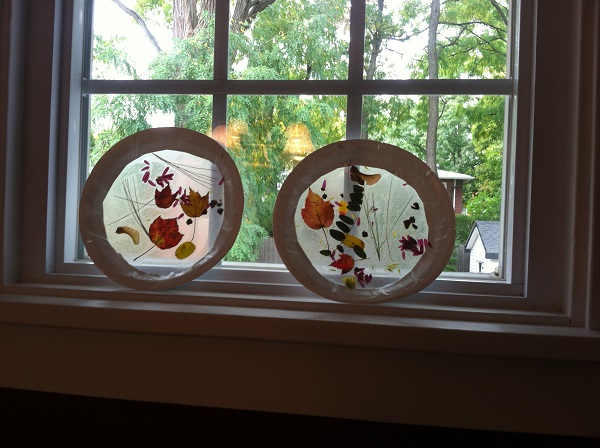