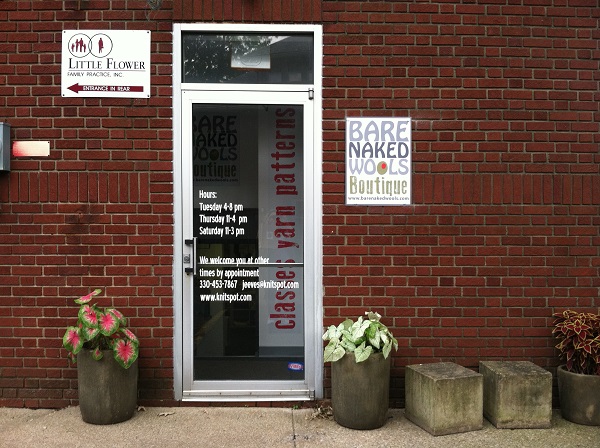 This weekend was our yearly trip to the Buick Performace Group (BPG) drag racing event in Hebron, Ohio. I will start off by saying that Paul’s car lost before we even left the house.  After several very, very, very long days, the car just couldn’t be fixed in time.  And Paul resisted the slight urge to bring the car to Ohio to work on it there.  Once he decided the car wasn’t coming, it was all about supporting our friend Rob while he raced. But first we had to get there.

We got up early and met Rob and his dad, Ray…… 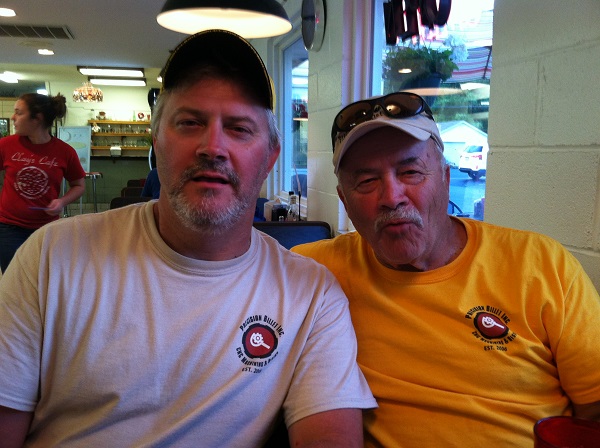 ….at the usual rest stop, where Rob tried to convince Paul to go back home and get the car.  We didn’t.

We got on the road and I knitted my What if…? scarf: 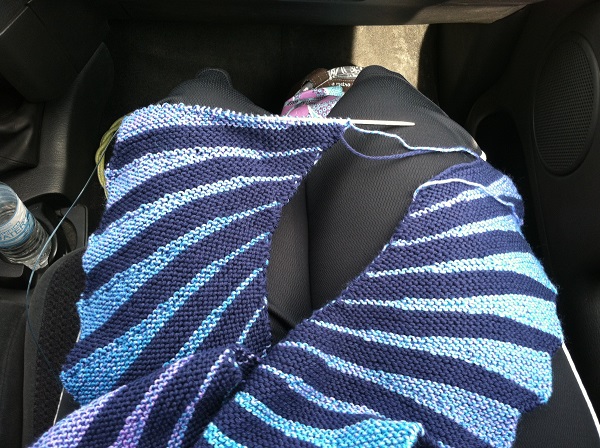 ….until I got to the point where I had to stop since I was supposed to knit until I had 15% of my yarn left and forgot to bring my yarn scale.  Yes, it was actually on my list of things to bring but I forgot to pack it.

We drove for a very long time, with a couple of short stops, until we got to Canton, Ohio.  I have been following designer Anne Hanson’s blog Knitspot for a long time.  She lives in Canton.  I love her patterns.  Her mom actually lives near us and I always get a kick out of reading about when she is in the area.  She recently started selling her own line of yarn, Barenaked Wools, and more recently, as in a week and a half ago, opened up a  little boutique, to sell those yarns and her patterns.  Knowing we were passing right by, and being the only woman in a gaggle of men going to a drag racing weekend,  I told them this was the one thing that I HAD to do all weekend and I was dragging [ha!] them with me.  The boutique closed at 4pm that day and we were cutting it very close as we drove into Canton.  I was frantically refreshing the GPS to check for traffic that would slow us down as we got closer, hoping we would not get there when it was closed.   We got there at 3:55pm.  Since it is new, and they are waiting for more signage, I had a hard time finding it at first. 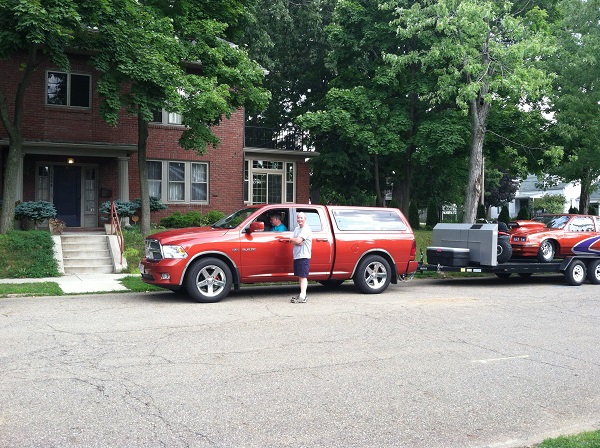 We parked in front of a familiar-looking house, which I soon realized was Anne’s house.  I recognized it, and the house across the street, from her blog!  Since it was so close to closing time, I called the boutique and asked for help.  Erica or Emily (they are twins and I’m not sure which one!) came from behind the house to find me.  It turns out the boutique is in a building just behind the house. 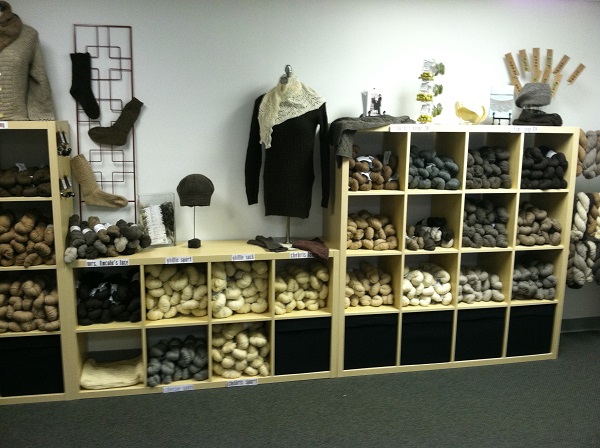 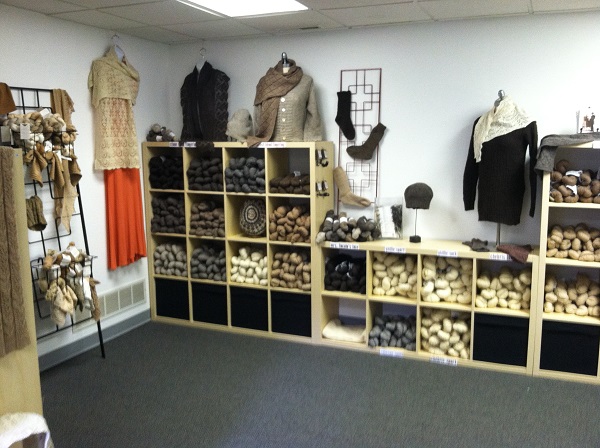 I apologized for being there right at closing time and they assured me it was fine, I could take my time as they would be working there anyway.  They were getting ready for a show where they would have a booth to sell the yarns.   The yarns were just beautiful!  All in natural colors, as their name would imply, and different blends.

I knew exactly what I wanted, since when I thought we were going to be late, I looked up the pattern I wanted to knit and the yarn it recommended.  I purchased my Sugarfrost infinity scarf pattern and a skein of the Chebris Lace, a wool/mohair blend: 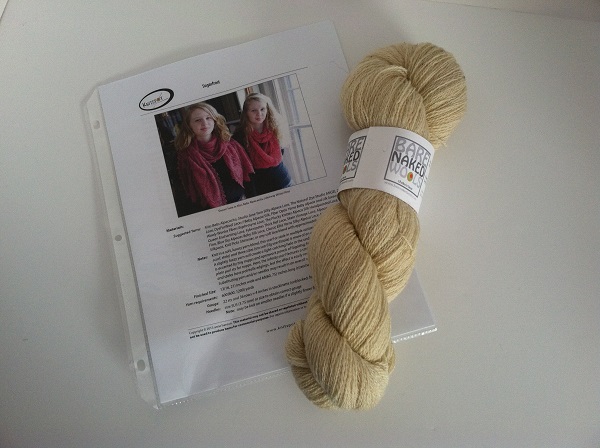 Running out the door, not being able to help apologizing again, I was so happy to have visited.  I went to the trucks, where the guys were deep in car discussion: 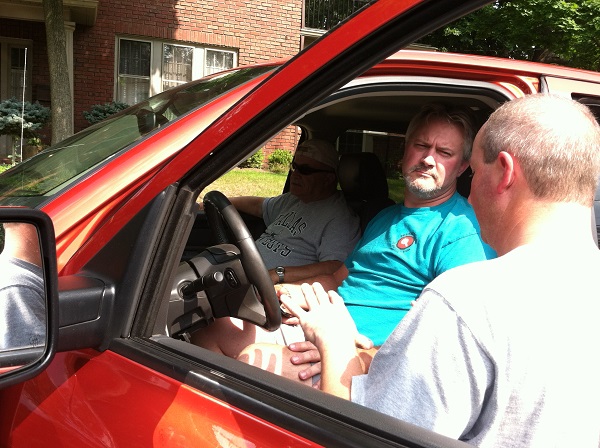 So, off I went, back around the house.  The door wasn’t locked and I yoo-hoo-ed my way back inside and promptly bought some Kent DK, a merino/Romney wool blend, for another pattern, Wheaten: 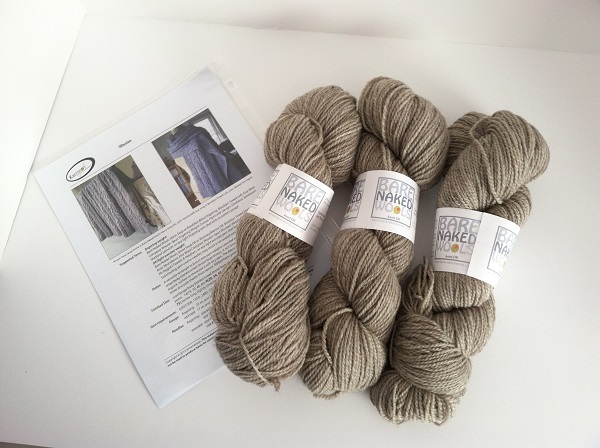 Then I was really done, and happily hopped back in the truck, ready for the rest of the trip and wondering if I had the right needles to start one of these projects.  Oh, and that show they said they were getting ready for? It was the Mid Ohio Fiber Fair, and wouldn’t you know it, it was in the town right next to where we were going!  BONUS!

Then, we were really on our way, passing by the Football Hall of Fame: 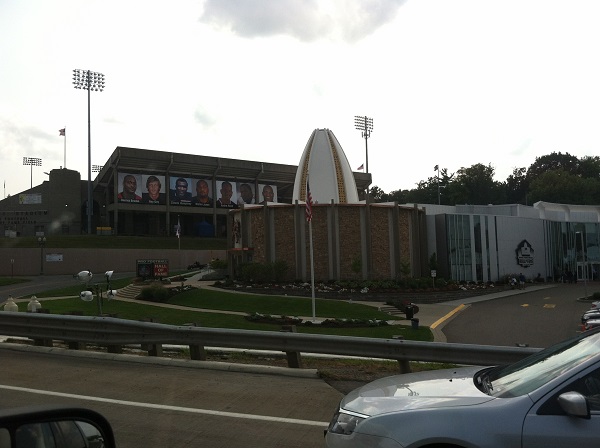 And 13 and a half hours after we left the house, we got to our hotel.  Whew.  Long day.

Our first day at the race track was HOT.  Paul, Ray and I were Rob’s pit crew: 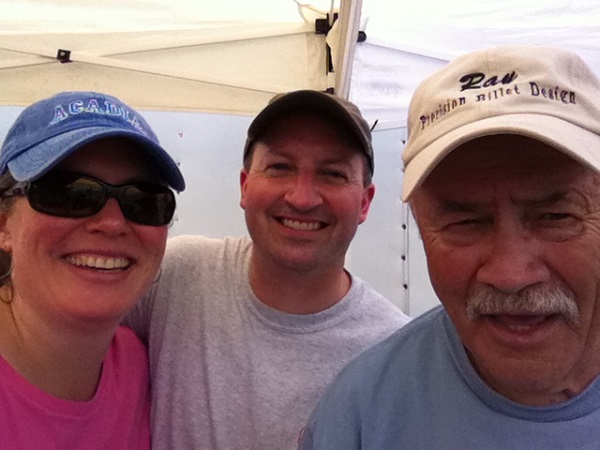 We all had jobs.  Paul towed Rob’s car back to the pits after he raced, and was the general advisor-of-car-stuff.  Ray sometimes towed, took pictures, and gave dad-type advice.  I was the gopher-of-various-things and lunch cook and cookie-provider.

In between jobs, I knit of course, working on my Urban Lace Infinity Scarf: 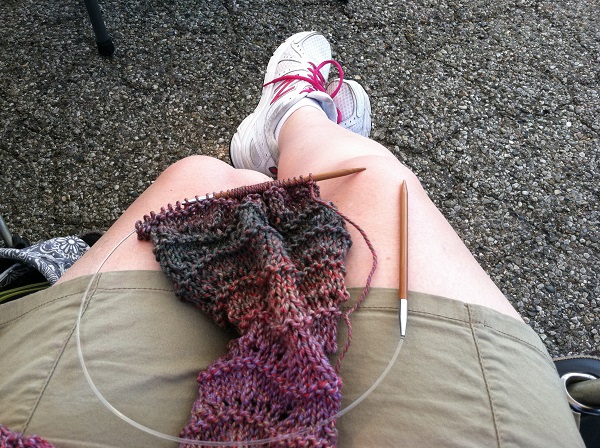 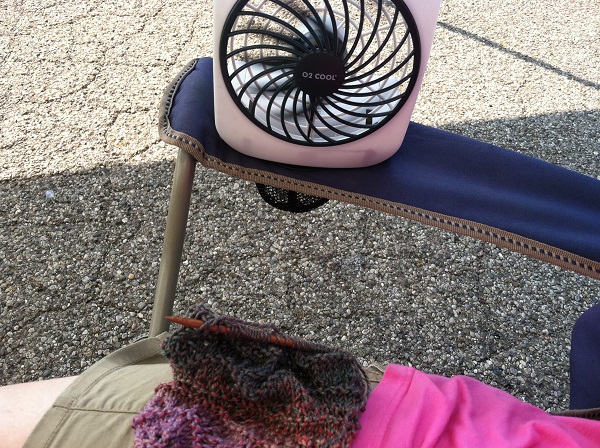 Until it got too hot, and that’s when I read: 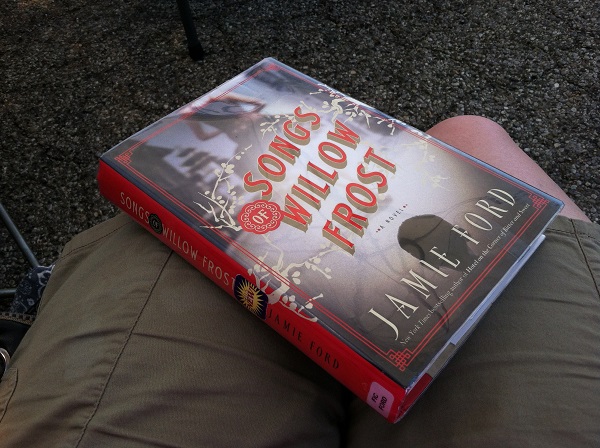 And in between all that, Ray and I would sit and talk and solve the problems of the world. 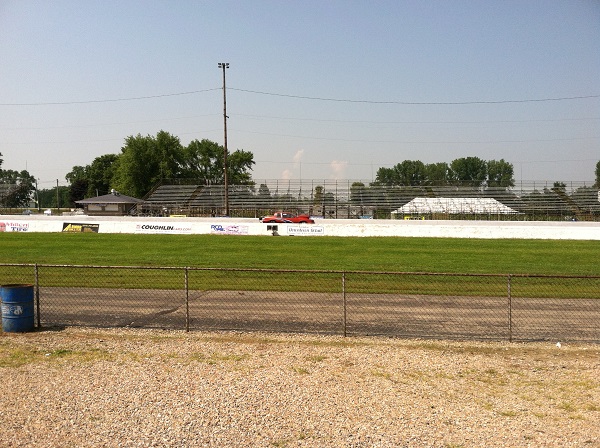 And another friend, Denny, had car problems: 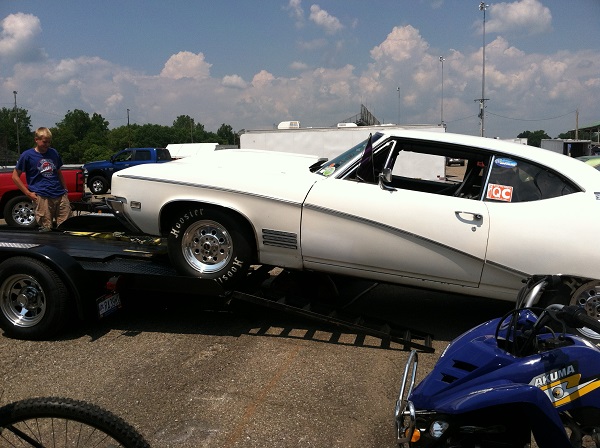 (that’s him under the car)

…which he later fixed and was ecstatic about it. Like, jumping-up-and-down-so-excited ecstatic.

Then we ate dinner at our usual spot: 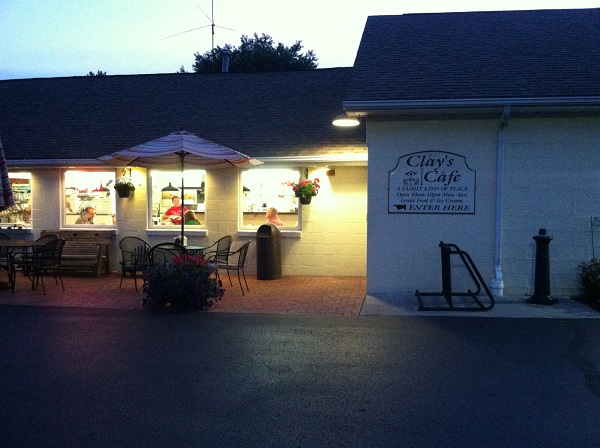 (It was Ray’s birthday so he ate ice cream for dinner and felt really sick.)

…and took a selfie of our team at Walgreen’s: 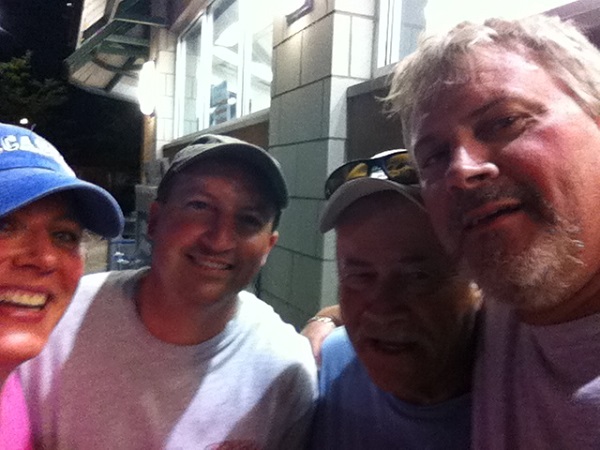 By then it was 10pm and we were ready to hit the hay since the next day was the big race day.  More in the next post!

How was that for a cliff-hanger?