Paul and his friend Rob went to a drag racing event in Ohio this week. So, while the cat’s away, the mouse…..

1) Watches him live streamed on the internet while planning a new knitting project and having an iced coffee! 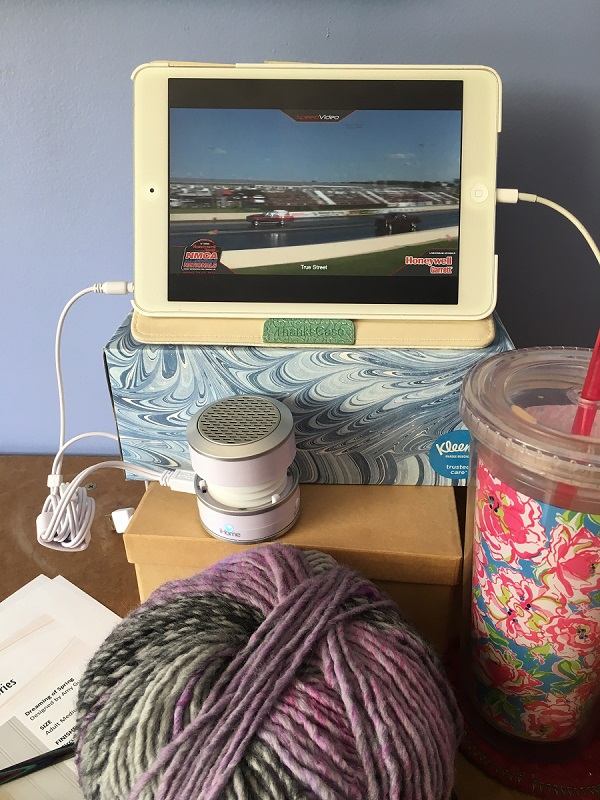 (That’s him in the wagon on the screen!)

2) Works on the re-finishing of the 1950’s-ish desk found at the Habitat Re-Store: 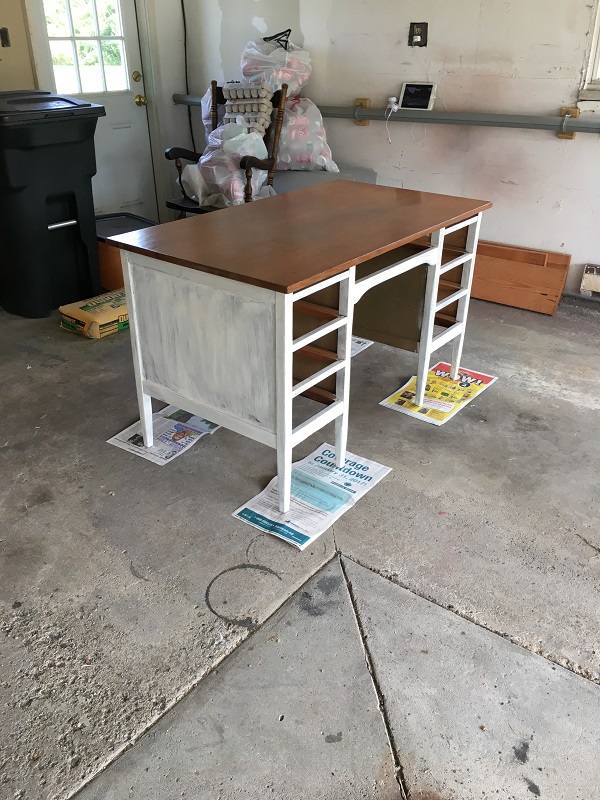 ….while still watching the live streamed drag racing event. (pay no attention to the recycling or the questionable electrical outlet…)

3) Does a little yarn shopping: 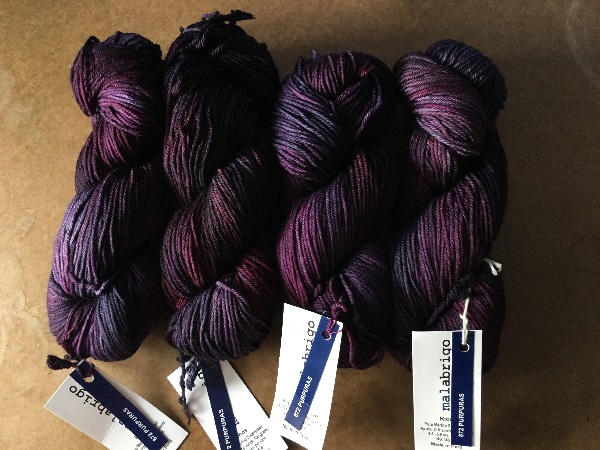 (… while still watching. I brought my iPad to the shop with me!)

You’d think I wasn’t limiting my knitting at the rate I’m buying new yarn.  But The Spinning Room put out their weekly newsletter saying they got in a big box of Malabrigo and I had to go browse. I just couldn’t resist this Malabrigo Rios.  I love, Love, LOVE knitting with this yarn.  And I have no idea what I’ll knit with it yet, so I bought four skeins to hopefully leave my options open.  It just won’t be a sweater or a blanket.

4) Gets takeout Japanese food including gyoza and shrimp tempura rolls with lots of pickled ginger. YUM.

5) Goes to some tag sales and finds this: 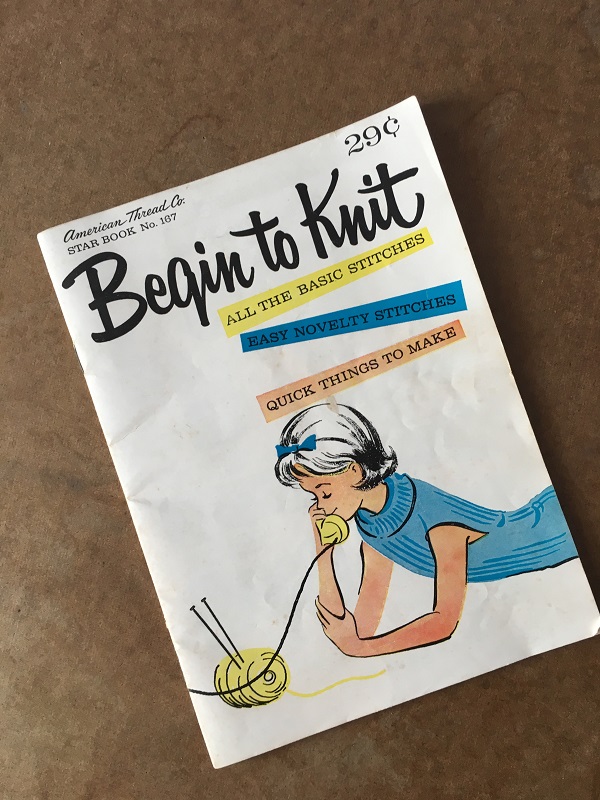 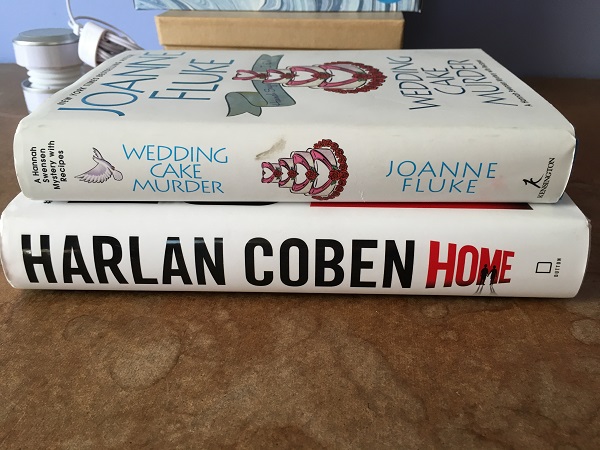 And sees this beautiful scene in Berne, NY: 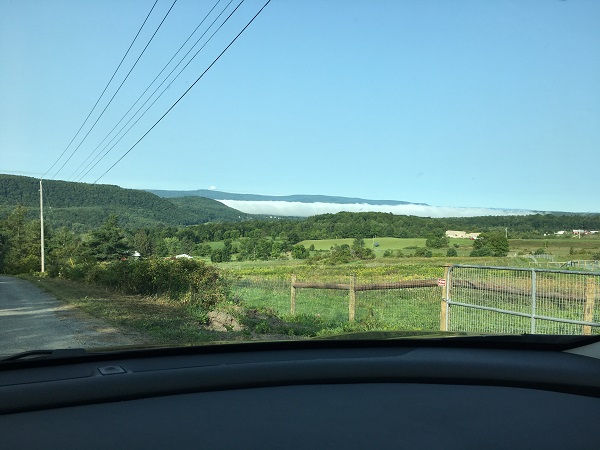 5) Cleans the house and goes to the transfer station.  Booooooooo.  Who voted to do that????

Speaking of the new knitting project, I found this Dreaming of Spring hat pattern that I thought would make a great fall class. 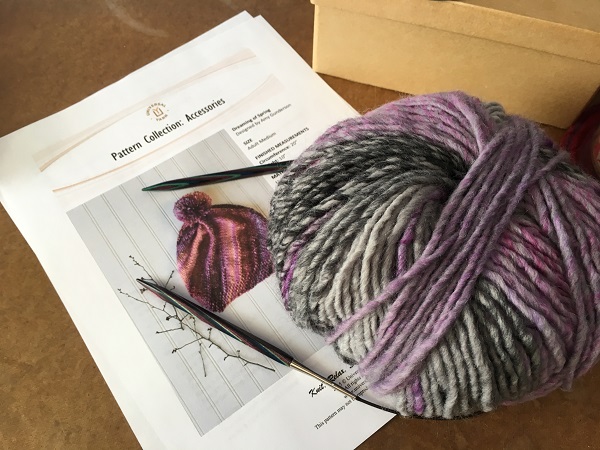 It is knit with bulky yarn (mine is Azteca) and big (square) needles and is a small project, all of which should be easy on the elbows.  I am also attempting to knit it in the continental knitting style to see if that helps. But what is cool about this hat pattern is that it is knit flat, on the bias and then seamed. 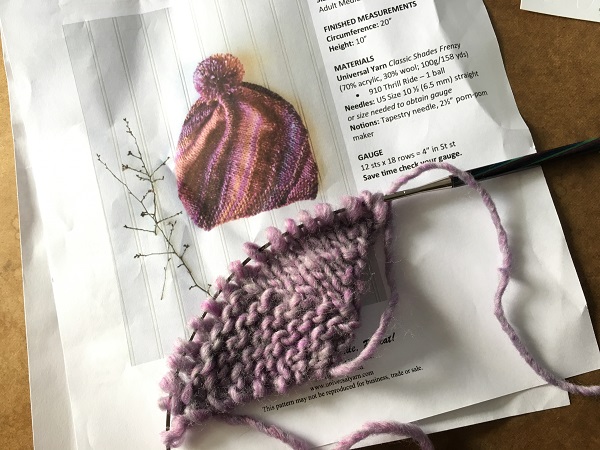 Not your everyday hat pattern that’s for sure.  I like that about it and I think it will make a great class.

And speaking of iced coffee, if you haven’t noticed, I’m a bit obsessed with good beverage containers.  In case you are interested (like you need another recommendation for a beverage container)  I love my Lilly Pulitzer Insulated Tumbler

It’s not quite like that one (click on that to see on Amazon) but similar.  Keeps things cold and doesn’t sweat on the outside.  And it’s pretty!

As promised in my last post, here are our eclipse photos: 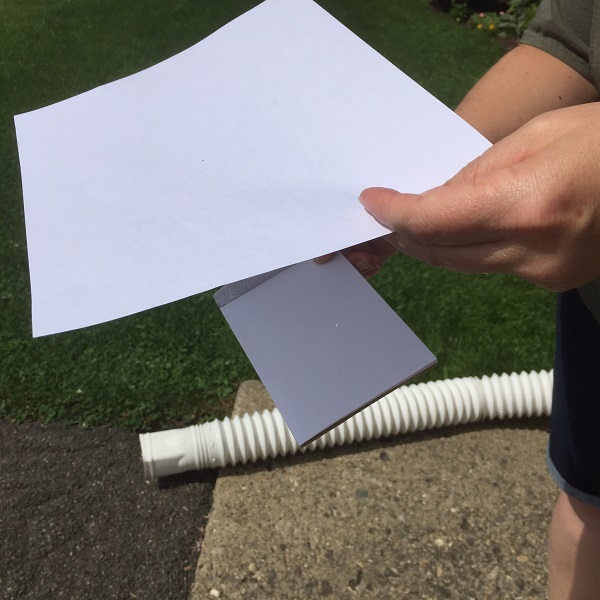 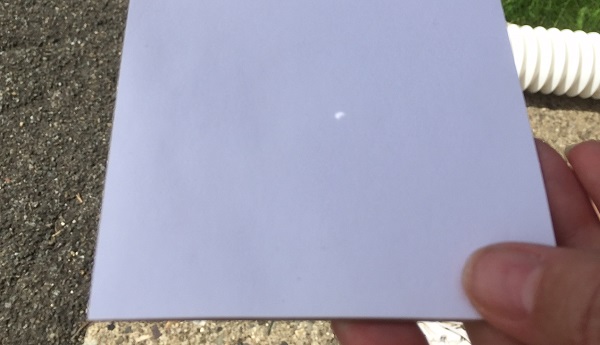 We also had Paul’s welding helmet….. 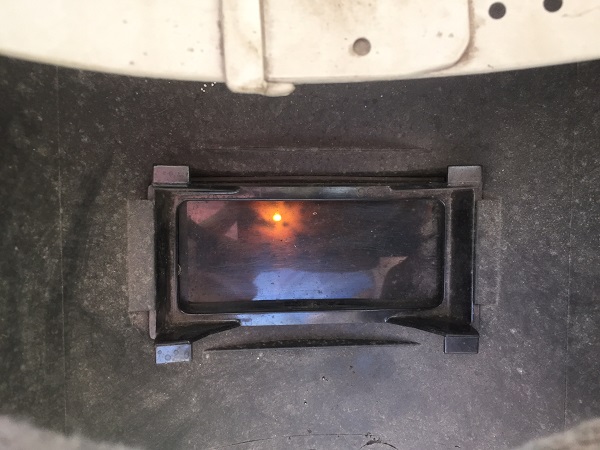 That’s not really what we saw.  We were actually able to see the moon in front of the sun.  It was cool.

I’ve got another 24 hours or so until Paul gets home.  That’s plenty of time to get into some more trouble!  I think I’ll  do something really crazy like make zucchini, carrot, apple bread.

2 comments on “While the Cat’s Away…”