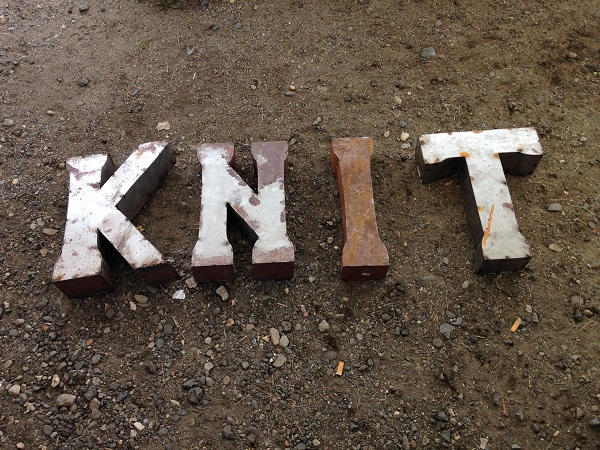 What’s Wrong With This Picture

So, after my last post, (which, I know, was a long time ago, and so this post is your update) I got right to work on my Sleeping Owl Tea Cosy and finished it! 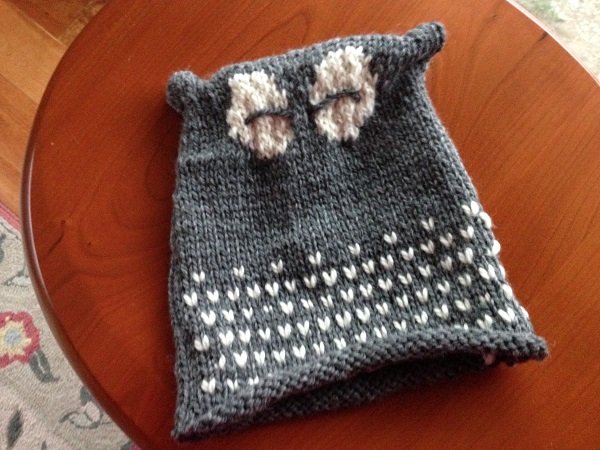 However.  What’s wrong with this picture???…. 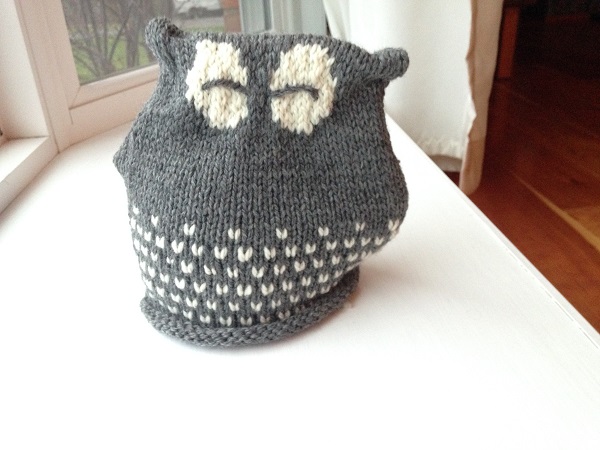 Oh. Em. Gee.  I was so excited about finishing the knitting and the duplicate stitch, that I just sewed that tea cosy right up with no consideration for the fact that it needed holes for the handle and the spout.  Jimminy crickets I was so mad!!!

Then, me being me, I thought about just leaving it: 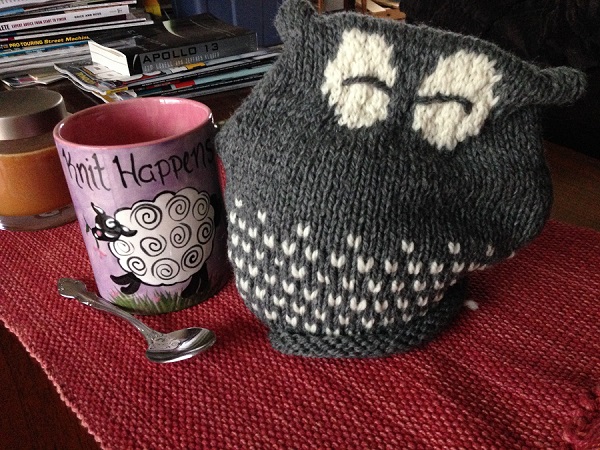 Yeah, that wasn’t going to work.  So, I snipped the seam and picked out the part where the handle and spout should be…. 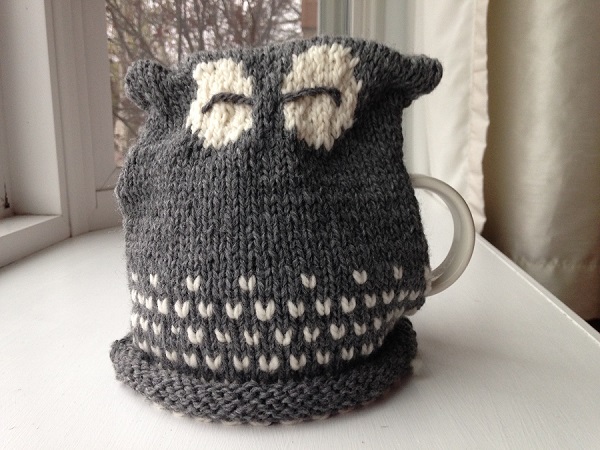 (My spout is very short so you can’t see it.)  Looks much better and not hobbling anymore.  And will look even better with a beak.

In other news, I also finished my recently started Lotno Shawl: 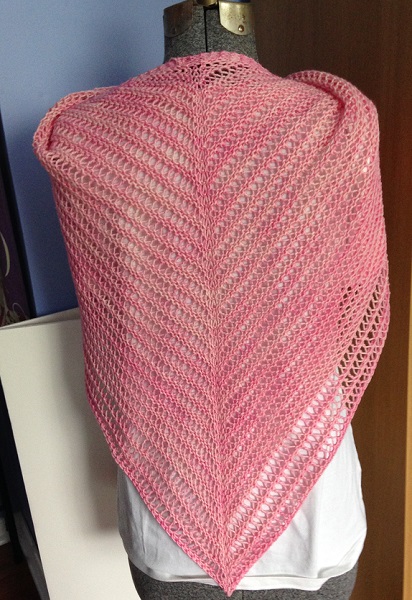 Love this one too.  I’ll be teaching it as a class at The Spinning Room in July!

I also put the pocket on my The Pocket Hat and it is done: 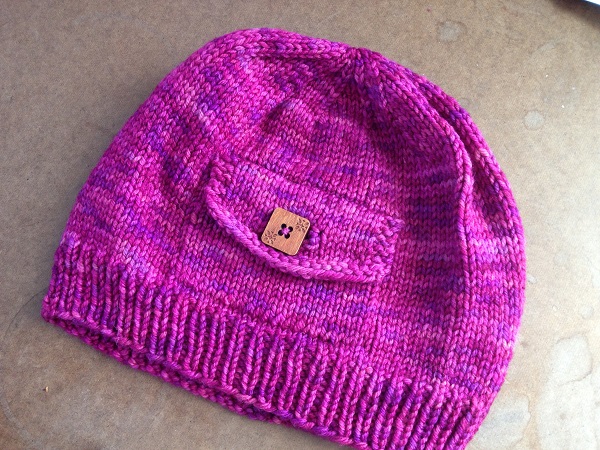 It’s just so darn cute – who doesn’t need a hat with a pocket in it????  Trying to figure out how to do this and the owl cosy as classes at The Spinning Room this summer.  They  likely need more that one class session which is hard to do in the summer because lots of people take vacations etc and can’t commit to two weekends.  So, stay tuned if you are interested.

In doodlebug news, we went to see the tulips in Albany, which they have every year for the Tulip Festival: 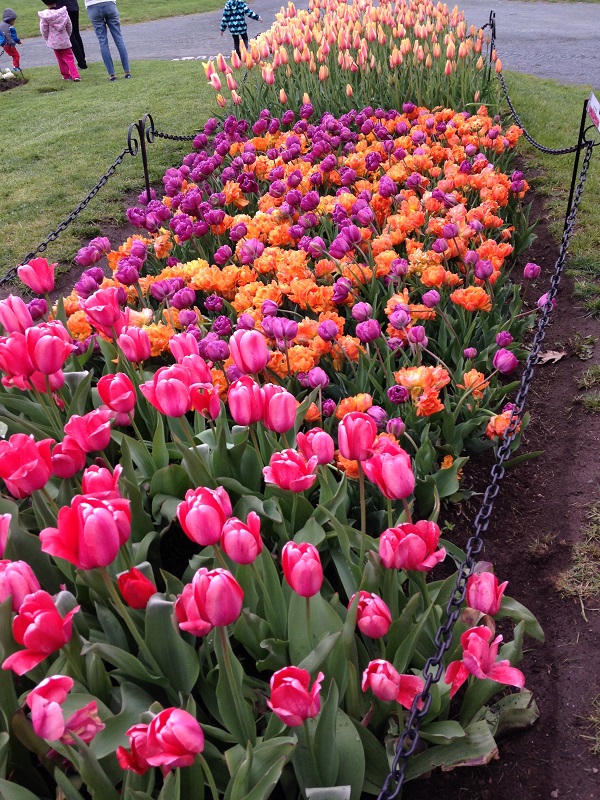 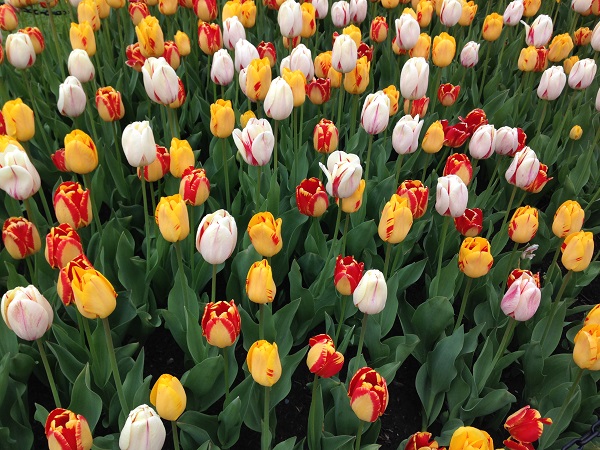 I enjoyed the tulips but aside from being enthralled with the statue of “Jesus taking people to heaven” (which was Mr. Doodlebug’s interpretation of the statue, which was apparently Moses, according to the nice gentleman with a very thick accent whom I could not completely understand as he told us about Moses getting to the promised land and I’m not sure what he was doing with the other people in the statue) the doodlebugs just wanted to get to the playground that was nearby.

They also had some VERY engaging things happening outside their door one day recently: 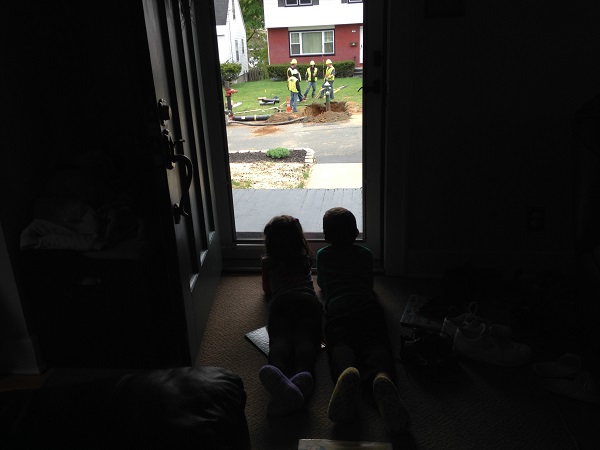 This reminds me of the joke my dad always says about lots of workers getting paid to stand around and watch one guy work. (I  think there actually is a guy in that hole.)

The town-wide garage sale and library book sale was a couple of weeks ago and to my disappointment I only found four books. 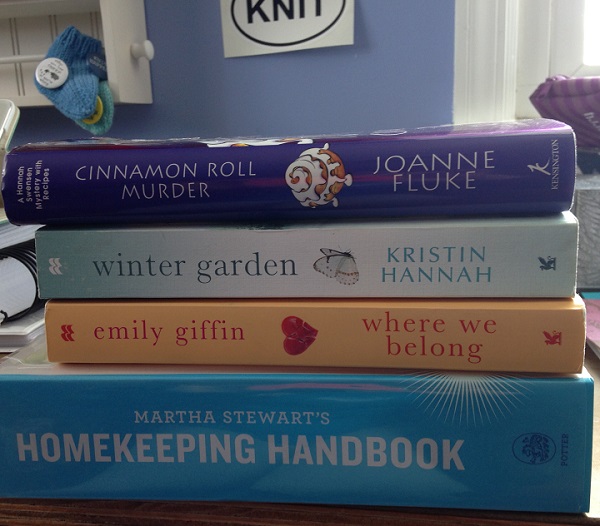 Last year I found twenty-four.  And that one on the bottom was an end-of-the-day-so-it-was-free “find”.  I love Martha and maybe she can convince me to have some kind of appreciation for house cleaning. HAHAHAHAHA!

And most recently, Paul and I went to the Brimfield antiques show/flea market where we frustratingly walked 17,000 steps (according to our FitBits) and found hardly anything to buy.  I got a bottle from this guy: 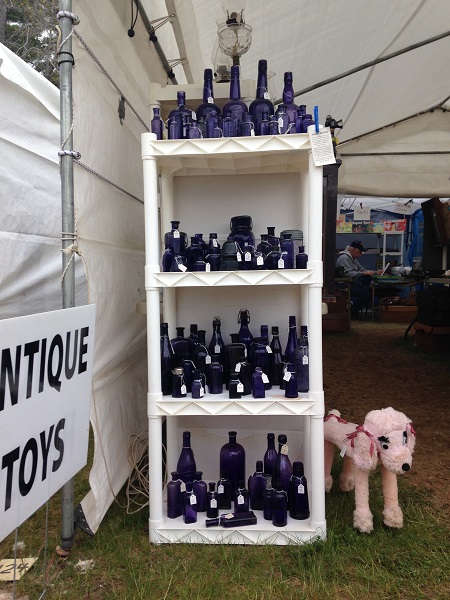 And not from this guy: 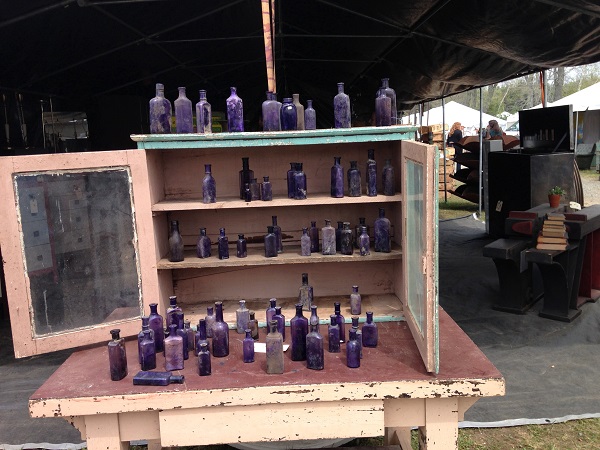 Because they are filthy!

Ok, but what is most interesting about these purple bottles is that they started out clear! Bottles made before World War I have magnesium in them and that reacts with sunlight to turn them purple.  So cool.  I knew purple was cool.  This is yet another reason.

We saw, as we usually do, the filming of one of those find-something-at-a-flea-market-and-make-it-into-something-else shows: 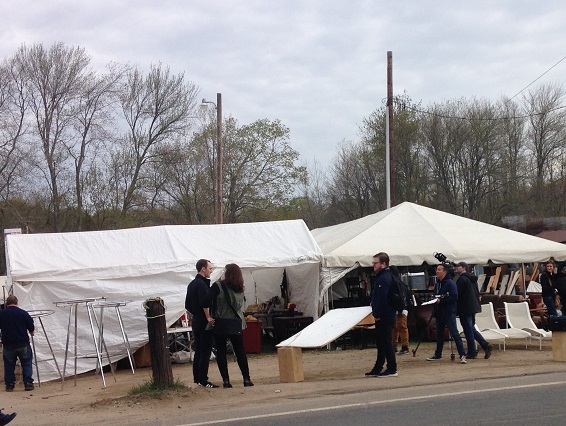 I then I got these:

To have Paul make them into something like this: 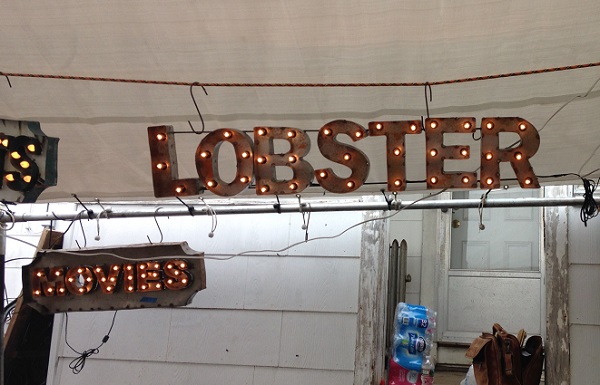 …for my yarn room.  Best yarn room bling ever!

(Also, I tried to tell the owner of this booth that he would get a lot of sales if he made signs that said “KNIT” or “YARN” and that he may not know it but there are A LOT of people out there who knit and crochet.  Probably at least as many as who buy his “BEER” signs.  He said that he gets lots of suggestions for signs that don’t work out. And he said, “Do you know how long those ‘LAUNDRY’ signs have been here?”  Like THAT was completely a fair comparison.)

6 thoughts on “What’s Wrong With This Picture”