Paul and I went to Maine last week for a nice, relaxing vacation.  We went to Bar Harbor, where we have been several times before.  Apparently, we like it there.  Since it is an 8 hour drive, we like to break it up by staying in Freeport on the first night so we can go to LLBean.  We had a lovely drive up the coast, stopping at some popular beaches and unintentionally driving by the Bush compound in Kennebunkport (none of which did I get pictures).  Stopped for lunch at the Portsmouth Brewery where Paul had his first of many blueberry sodas: 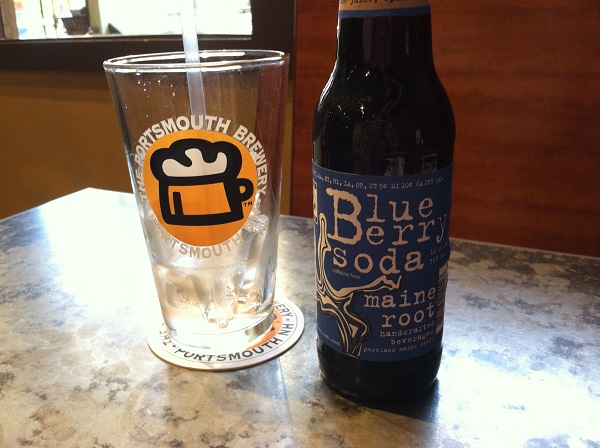 And I had the best sandwich I’ve ever eaten in my life: 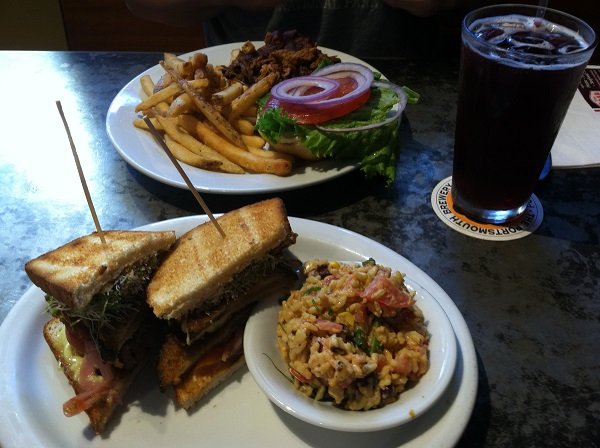 Fried eggplant, blistered cherry tomatoes, sprouts, pickled shallots and basil pesto mayo. Oh. My. Gosh. So. Good.  I wished I could have taken one home with me.

But then, fun was had at LLBean: 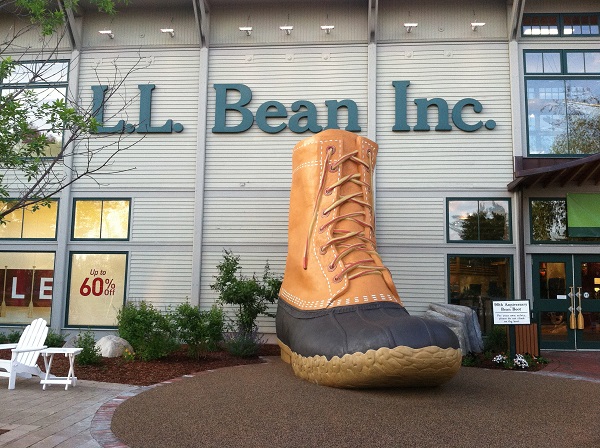 The next day was terribly rainy, so our continued drive up pretty, picturesque, historic Route 1 was a little foggy.  I had planned to stop at a yarn shop called Over the Rainbow Yarn in Rockland because they carry Quince & Co. yarn which is based in Maine. (**Note: This is seriously the only yarn shop I had planned to stop at.)  I’ve been hearing about this yarn for ages on the Knitting Pipeline podcast and have been wanting to try it.  Before we left, I researched the types of yarn they have and looked up potential projects so I knew how much yarn to potentially purchase.  What an incredibly pretty yarn shop, living up to its name: 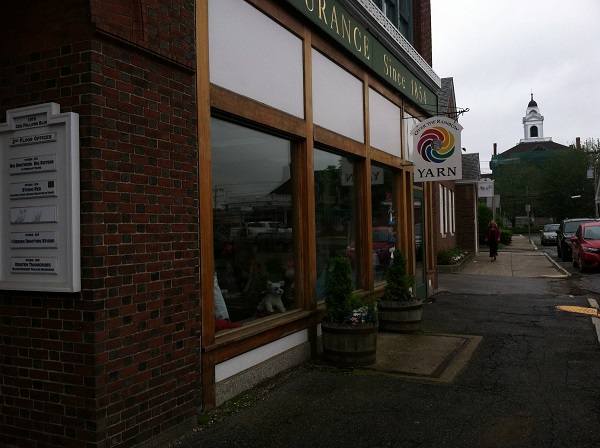 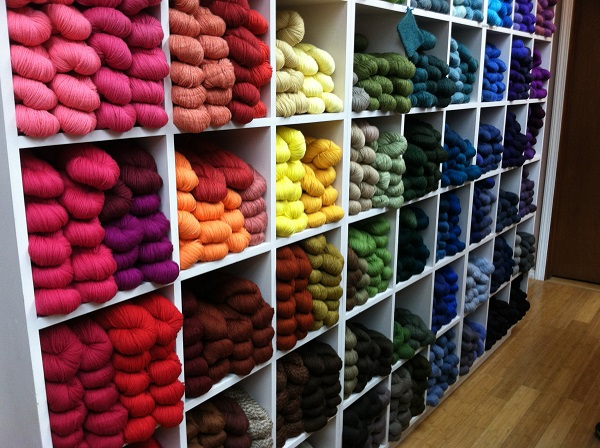 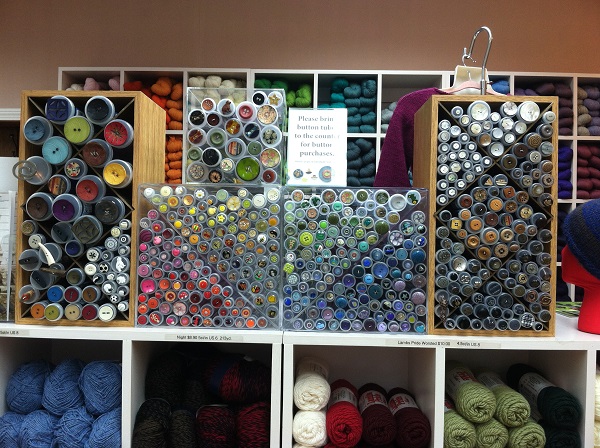 (even the buttons are organized by color)

Here is what I got there: 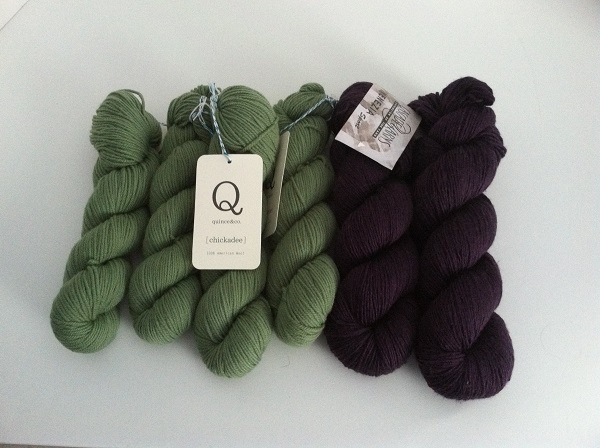 Quince & Co. Chickadee, a sport weight yarn, to make the Rhombus Feather Shawl (green yarn on the left).  And Cascade Venezia Sport to make the Piper’s Journey shawl (eggplant yarn on the right), which is a design by the woman who hosts the Knitting Pipeline podcast.

Once we were done at Over the Rainbow, we were making our way along the coast and it was still raining. 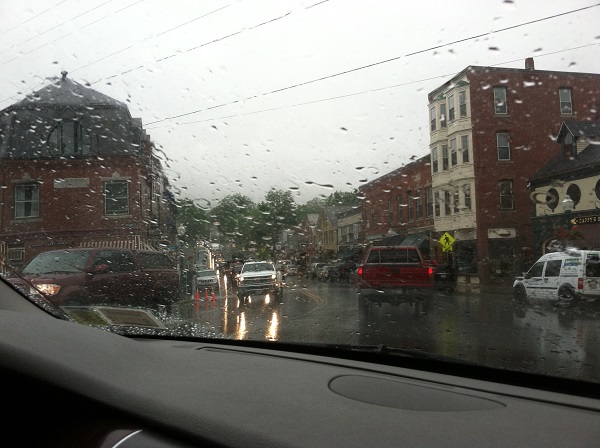 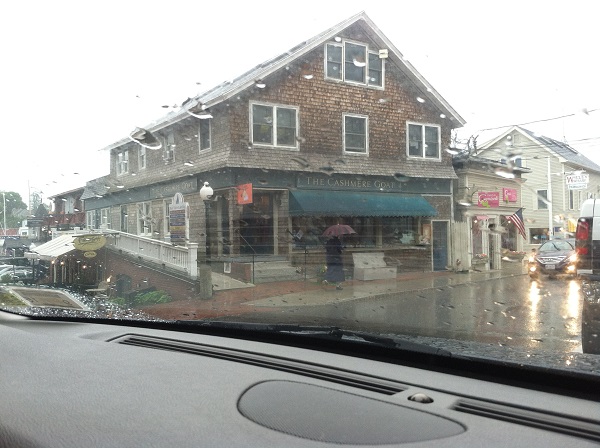 There was a scarf/shawl/poncho-y thing there as a sample of the Manos del Uruguay Fino yarn.  Just a long rectangle, seamed along one part. 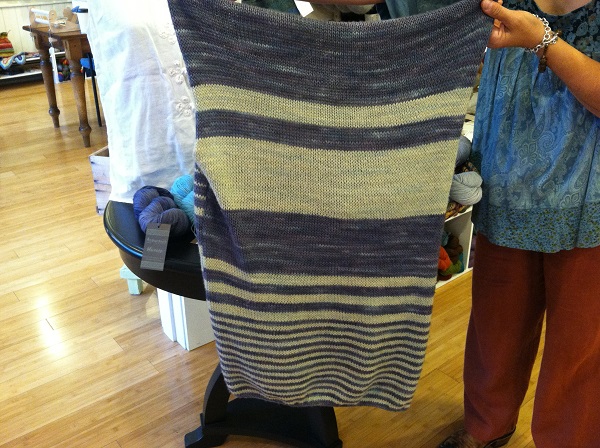 (Don’t ask me why I didn’t get a picture of it on the mannequin.  You really would get the idea better if I had.)

I had to make it, so I got some yarn for that: 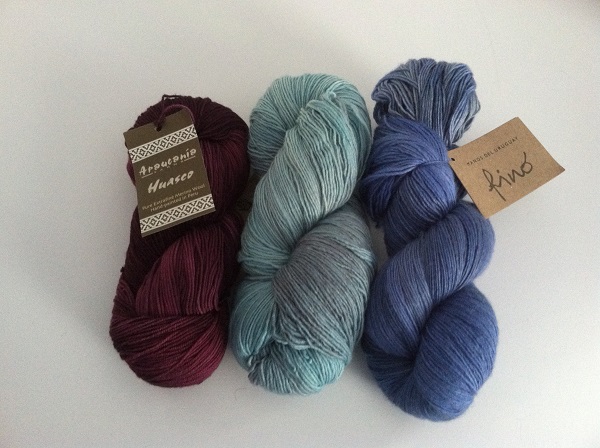 Then we had lunch with a view of the harbor. 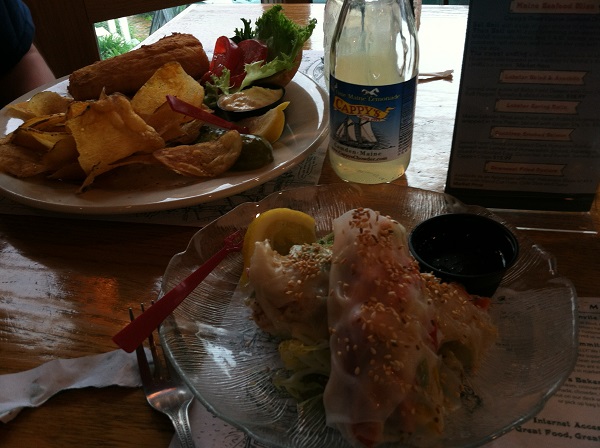 That’s our lunch, not the view of the harbor.  I tried lobster spring rolls which were very tasty.

We left there, with plans to see downtown Belfast.  Paul’s family went to Belfast for vacations when he was young, so he wanted to see the downtown area again.  Another pretty little harbor town. 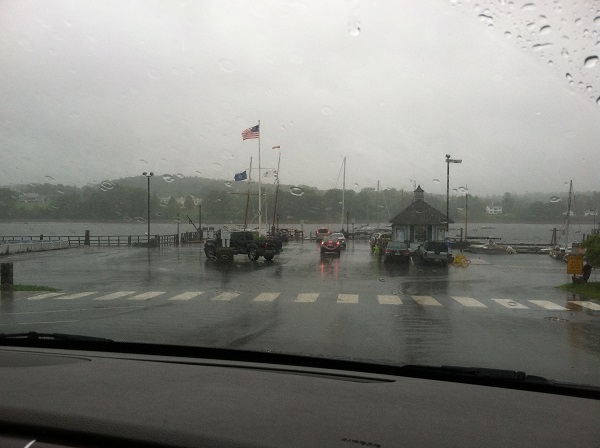 And since we were there, and since they have a yarn shop called Heavenly Socks Yarns, we went. 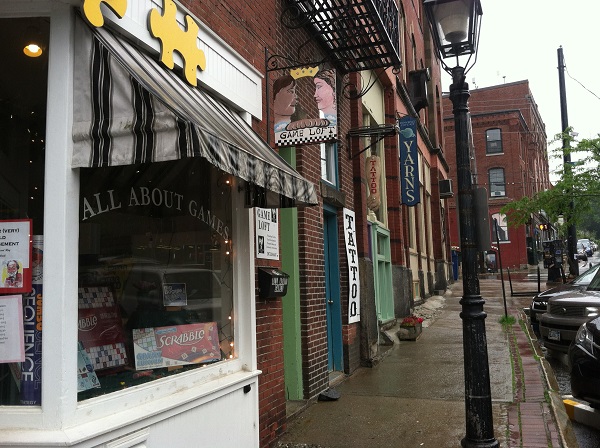 A small shop packed with yarn and buttons and samples, including this cute, felted mobile: 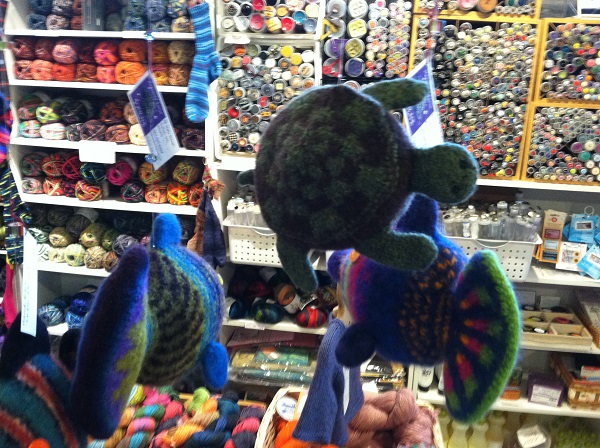 …which I pretty much took a picture of so I could show the doodlebugs the felted turtle.  (They have four little plastic turtles they got from the dentist, named Timmy and Twimmy, Tammy and Twammy, and they loooooooove them.)

And since they had a The Fiber Company yarn called Acadia (the national park in Bar Harbor) in the blueberry colorway (Maine has blueberry everything), I had to get it: 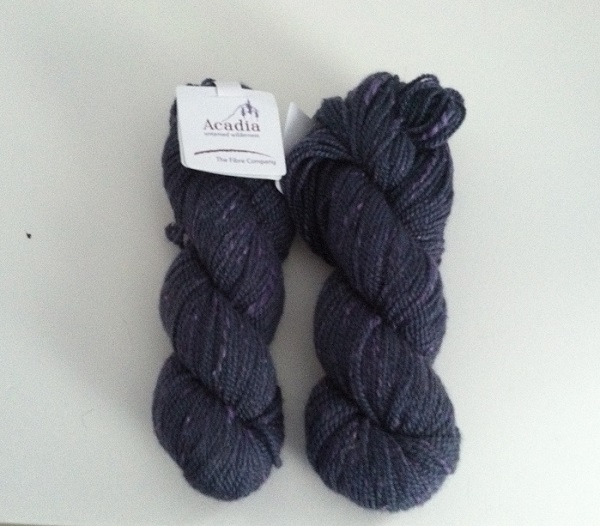 Everyone was so friendly at these yarn shops.  So helpful and pleasant to talk to, asking us where we were from and where we were going and making suggestions for things to do while we were in Maine.  This is not surprising, really, because knitter’s are awesome.  If you go to Maine, stop at these shops!!

After that, it was finally on to our hotel in Bar Harbor where we were welcomed with a misty view: 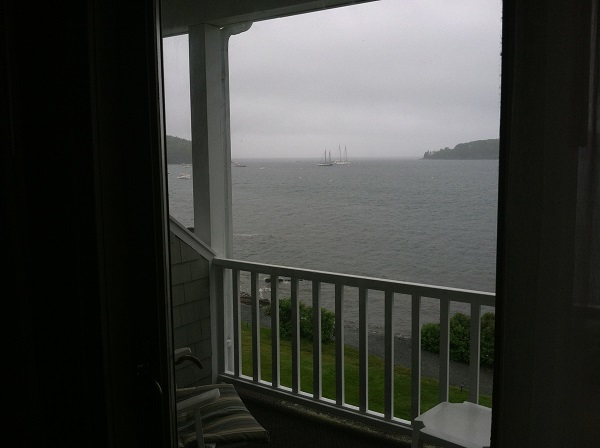 4 comments on “The Unintended Yarn Crawl”

1 Pings/Trackbacks for "The Unintended Yarn Crawl"