The Knitting and The Cooking

Pretty much nothing but knitting and cooking this weekend.   Not a bad way to spend the weekend!

I finished my Kaweah hat and I. Just. Love. It.  It is cute and fun and cable-y and comfy. 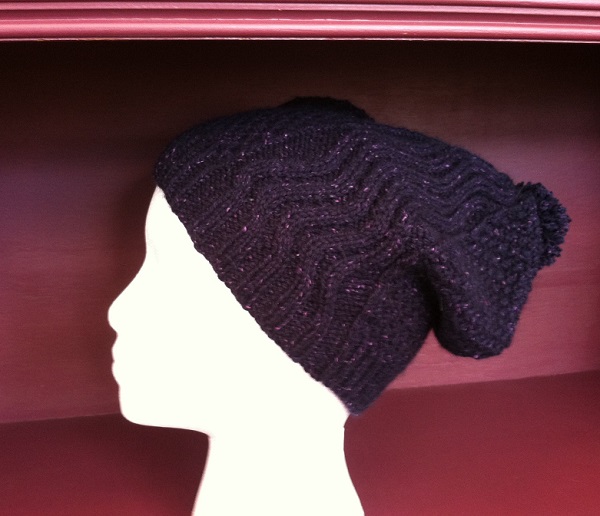 I had to make a pom-pom, which I always forget how to do, so I looked it up on the line. [Anyone see The Internship with Vince Vaughn and Owen Wilson?  Funny movie.  He says in the movie, “Let’s look it up on the line”  because he is sooooooo not tech savvy but he’s trying to be, and it’s just funny.]   Anyway, mine turned out pretty well I think: 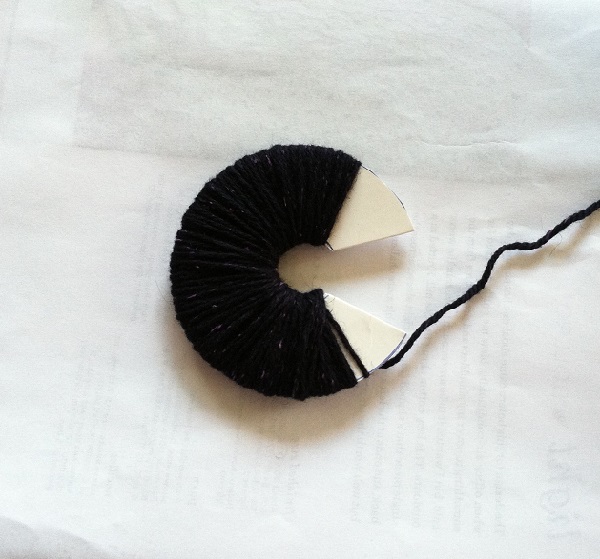 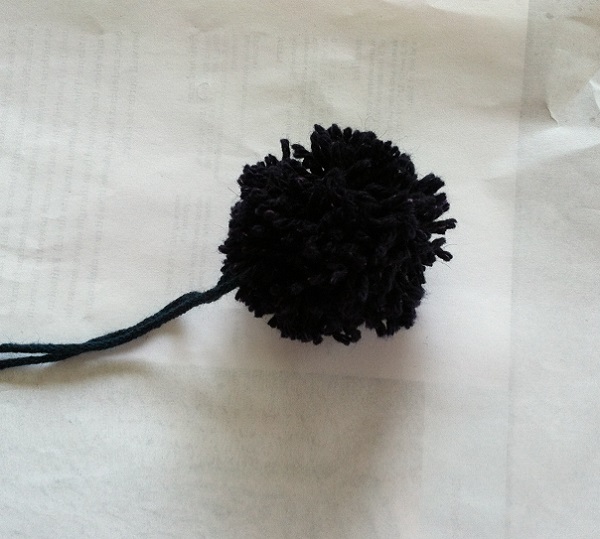 The hat (and pom pom) will be an upcoming class at The Spinning Room, after the new year.

Then, I finished my toes for my sock circle: 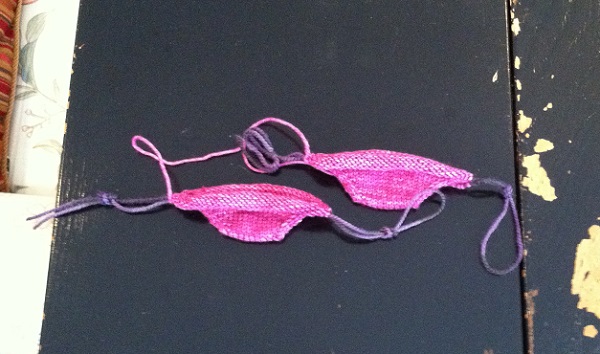 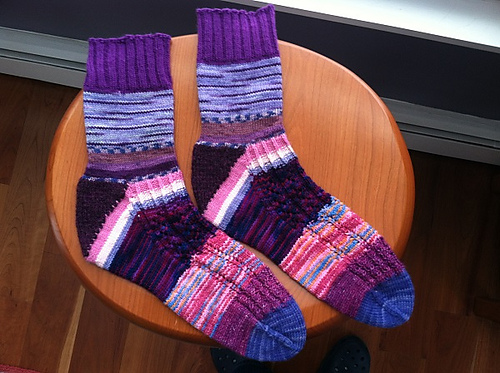 They got sent all around the country (and to Canada) to be knit – I knit the toes- while I knit on everyone else’s socks as they got sent to me.  The Spinning Room is doing the same thing, just within the shop.  There are 8 people in a group (group #3 is almost full!) and as we finish each part of each sock, we bring it back to the shop to by picked up by the next person.  FUN!  This weekend The Spinning Room was full of sock knitter’s learning how to start their socks at the toe.

I also blocked some items for some Spinning Room customers: 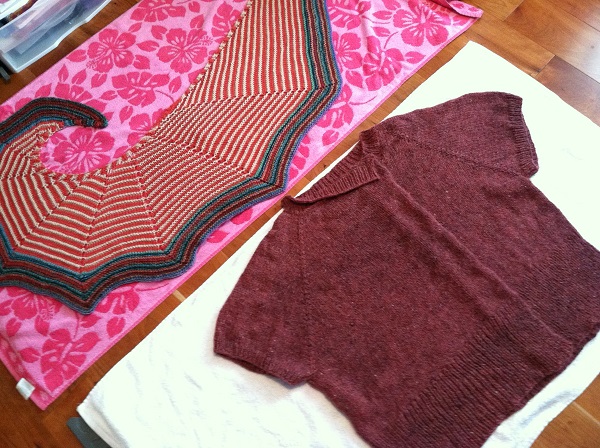 Note to self:  If you want to put a picture of things blocking on the blog, use the white towels.

And I’m making progress on my Black Cherry Lambic scarf, but no pictures since it would look pretty much the same, just longer.  Scarves are like that.  I’ll show it to you when it’s done.

Oh and I fell into the black hole of Ravelry this weekend, looking for something new to start knitting.  Has that ever happened to you?  Get on the computer to look up one thing and the next thing you know it’s tomorrow and you never found the one thing you were looking up.  BUT, you found a great new knitting pattern!  I started Terra but there are only a few rows on it, so not much to show you.  Next post.

I went bananas on Sunday trying to cook all the things, so I could use up/save/freeze our veggies.  But first there was pick-your-own: 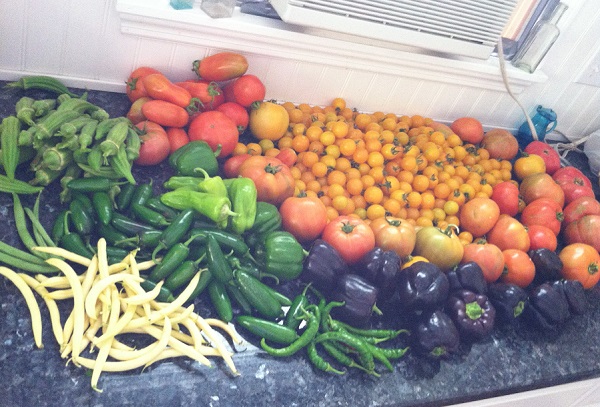 It weighed 35 pounds. We knew this because…. 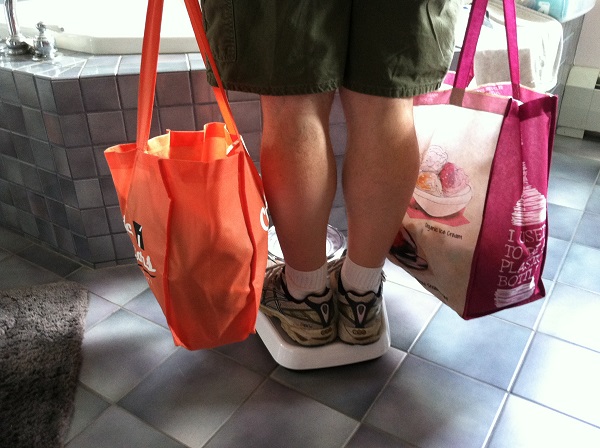 I made 7 pints of sauce: 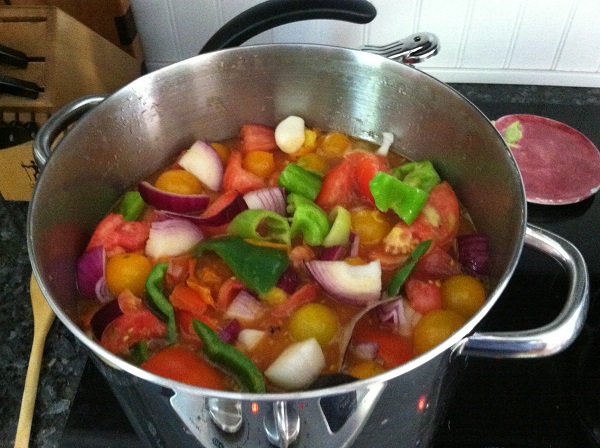 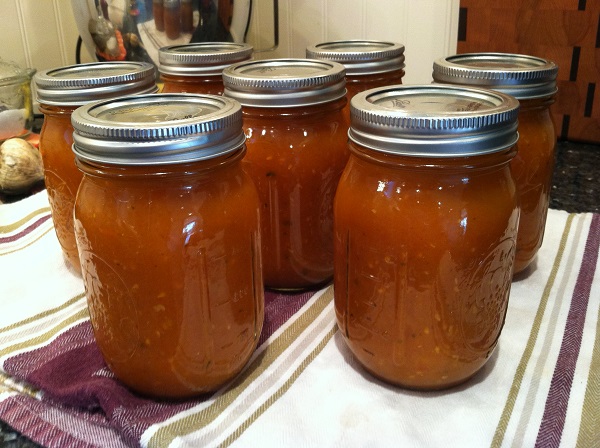 A whole lot of salsa – fresh, not canned: 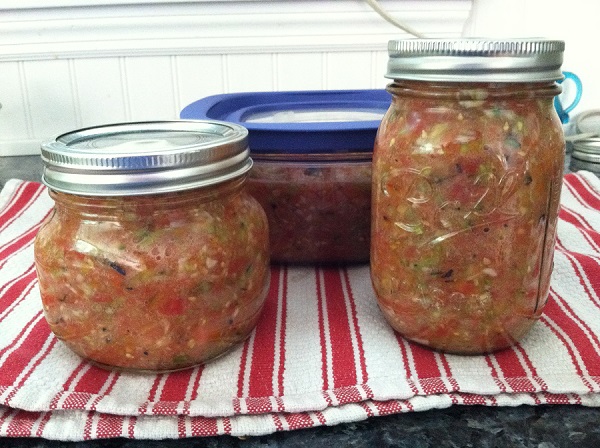 Then I cooked some Mashed Potato Kale Cakes: 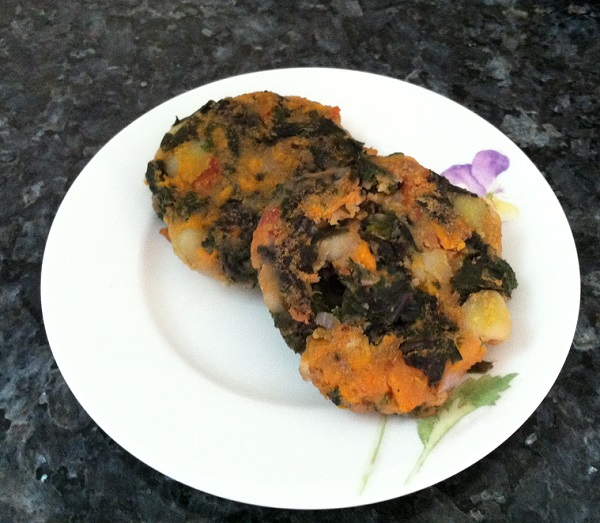 And I made Spiced Squash Pancakes: 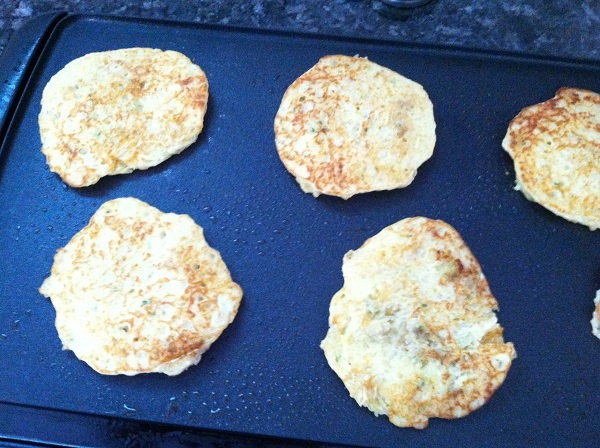 Spaghetti squash, egg, flour, ginger, jalapeno, cumin, scallion.  A little mushy, but pretty tasty and they will be better today when I get some plain yogurt and cilantro to put on top.

Despite all that, these are still waiting for me to do something with when they ripen a little more: 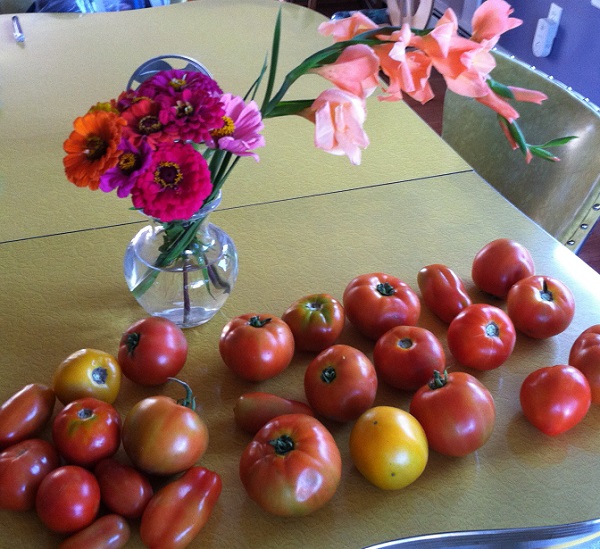 One thought on “The Knitting and The Cooking”