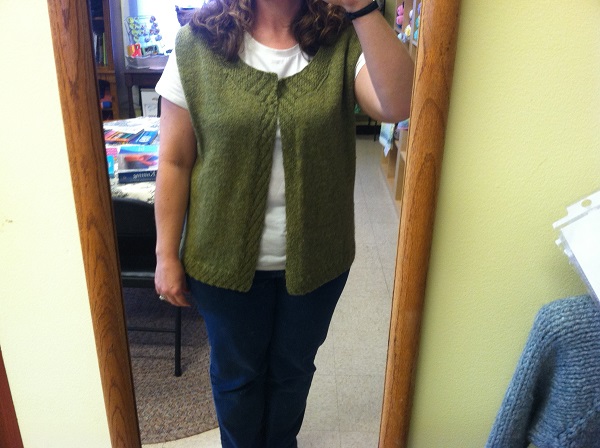 Then lets move on to the next two days, which we spent outside, racing.  Saturday saw the need for sweatshirts and long pants for a good portion of the day.  And then Sunday saw the need for short pants and t-shirts and sunscreen and hats and lots of water and towels to sop up the sweat.  (See?  No complaining.  Just telling you.)

But the racing was fun: 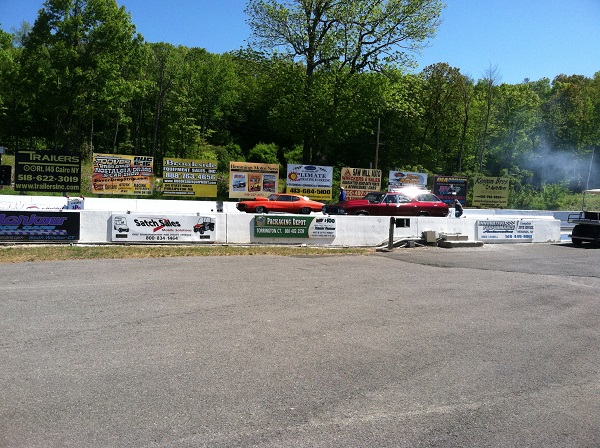 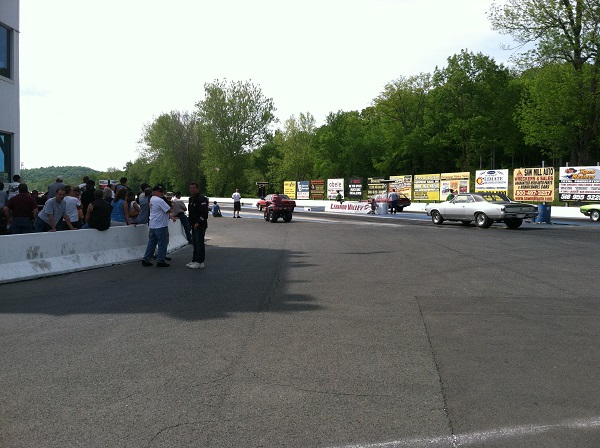 Except for sometimes.  There were a few oil-downs.  That is when a car leaves the starting line, something horrendous happens in the car and then oil and/or other stuff spills out of the car all. the. way. down. the. quarter. mile. track.  And someone (several someones) has/have to clean it up.  And it takes for. EVER.  This happened right before our friend Rob was to go….. 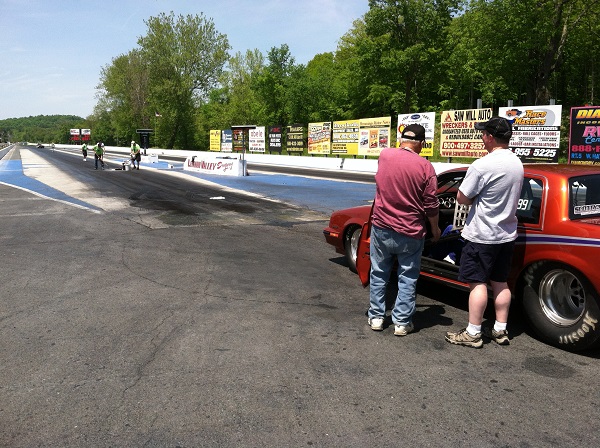 So we waited.  Then I left to take some pictures from the tower: 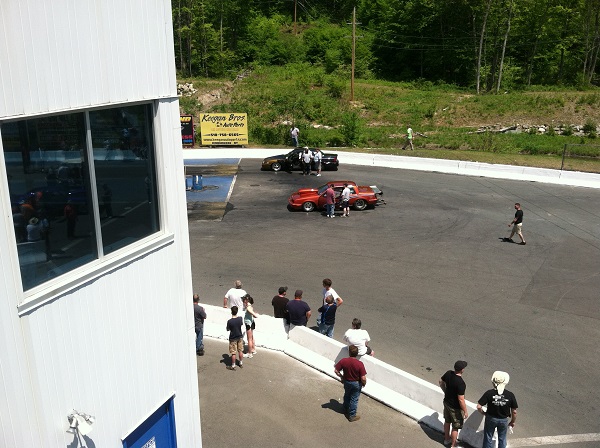 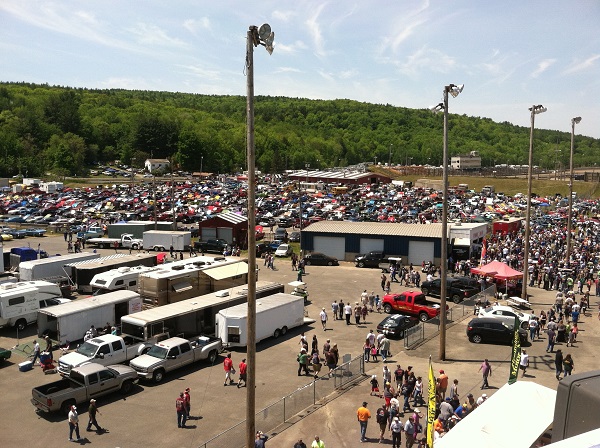 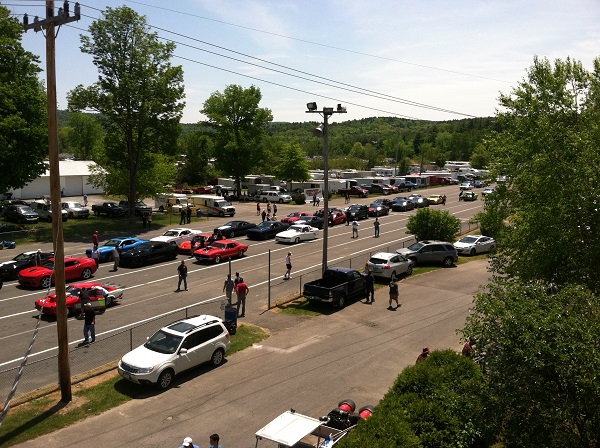 There was other waiting too.  Me waiting on the ATV: 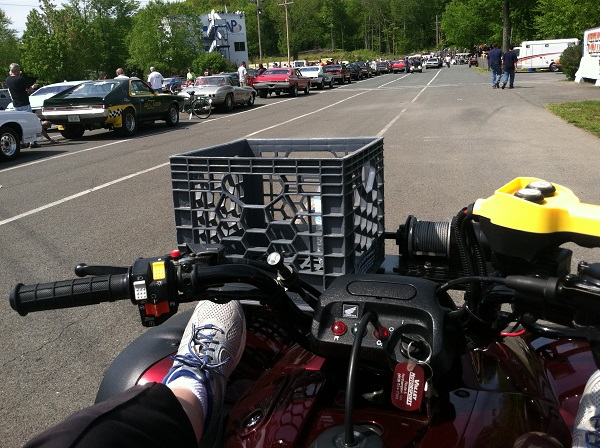 Paul waiting in line to race: 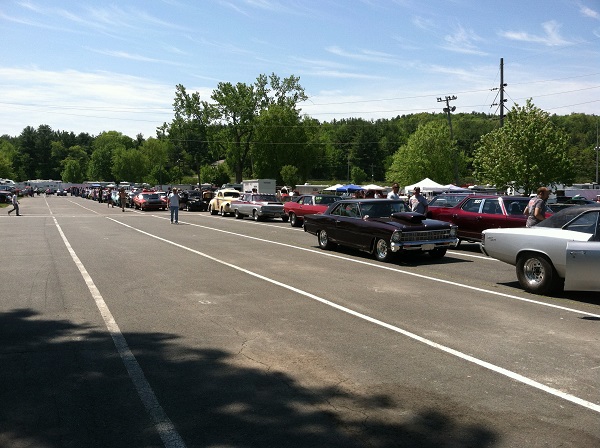 But that’s the usual waiting.  So we took a selfie…. 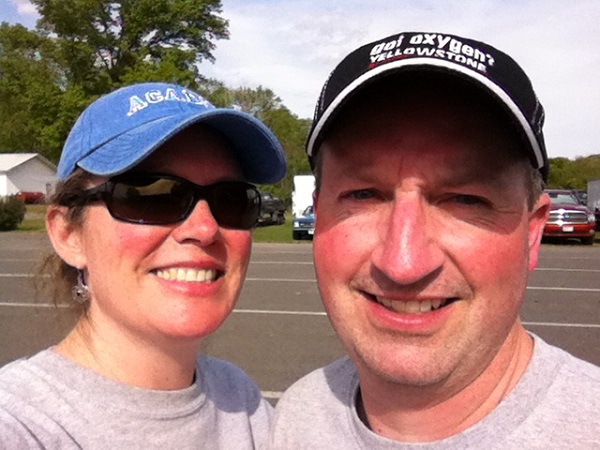 Paul wasn’t really thrilled about taking the selfie… can you tell?

And there was my usual other job (aside from waiting on the ATV, which I do in case something happens to the car and I have to go get him and tow him back): 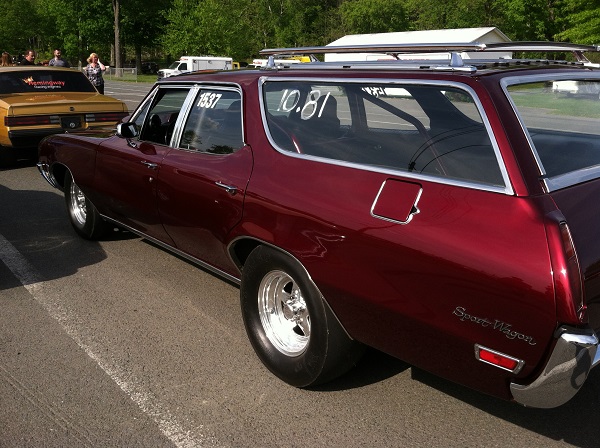 Writing the dial-in number on the window. That number – 10.81 – means Paul thinks he will get down the quarter mile track in 10.81 seconds or slower in order to beat his opponent across the finish line. (He can’t go any faster than 10.81 seconds or he will lose!)

Because Sunday’s event was so well-attended, parking the trailers was a little sqooshy, so we didn’t have room to put up our canopy.  We spent our time between racing rounds sitting in a line, in the shade! 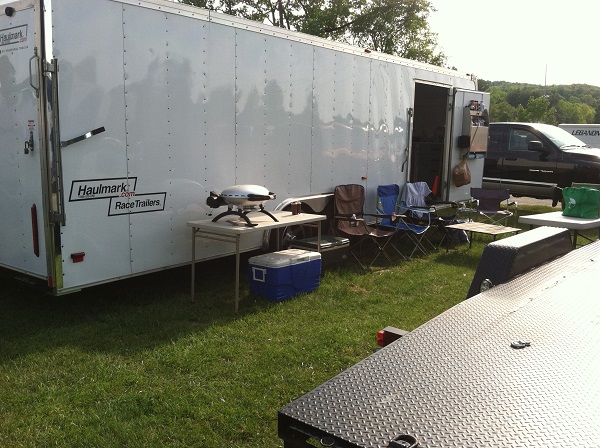 One of the best parts of the weekend (and it could be debatable as to who would call it the best) was thanks to Lucille, Rob’s mom.  She is a knitter-but-mostly-crocheter and asked me what I was working on.  So, I showed her my wonderful progress on the first side of my One Way Tee.  She looked at it for exactly one half of a second and said, “Is that supposed to be there?”: 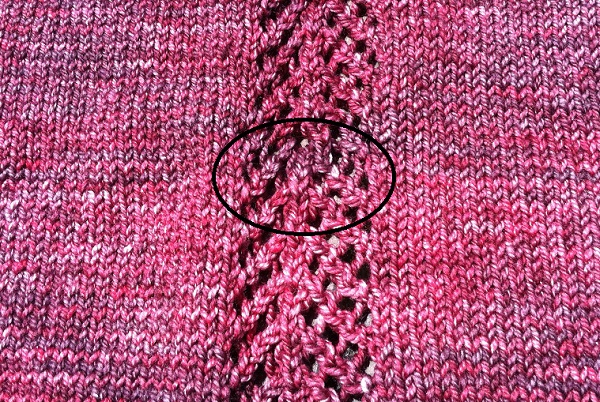 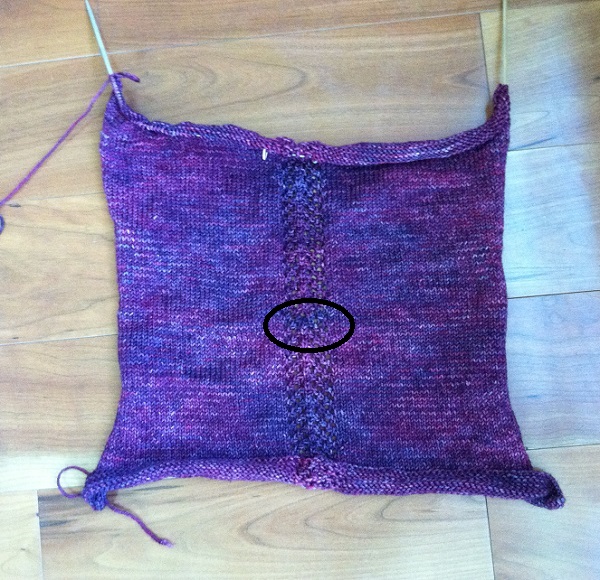 (and yup, now that I’m looking at this picture, which I posted on the blog last week, I can totally see the mistake!) 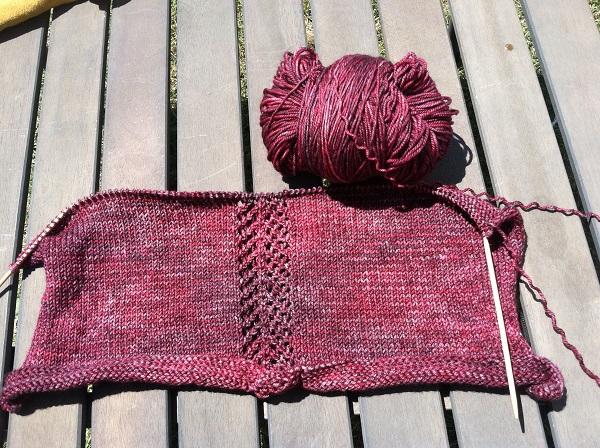 As I was ripping it out and rolling the yarn back up, Lucille was apologizing profusely for pointing it out and feeling so badly that I ripped it all out.  But I told her not to worry – I was grateful that she saw it now, instead of me finding it when I was all done or already on to the second side.  So, THANK YOU to Lucille for her eagle eyes!

So, that was my holiday weekend.  How was yours?

One thought on “Thanks Lucille”