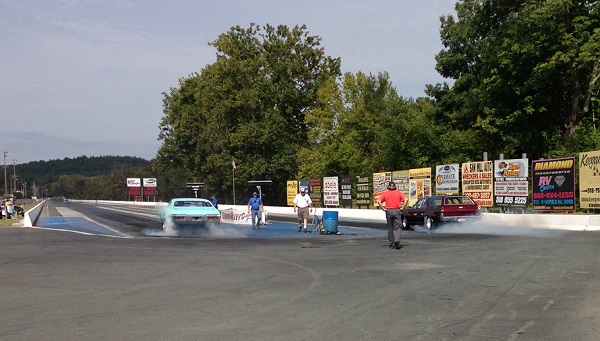 More drag racing was had the past two weekends…. 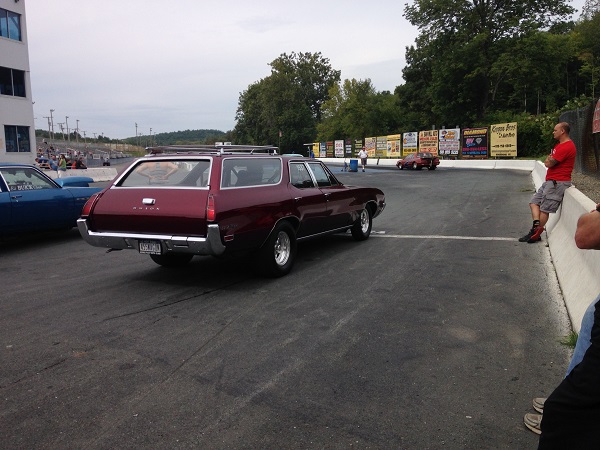 We had some really nice days and it gave me time to get a chunk of knitting done on my commissioned sweater: 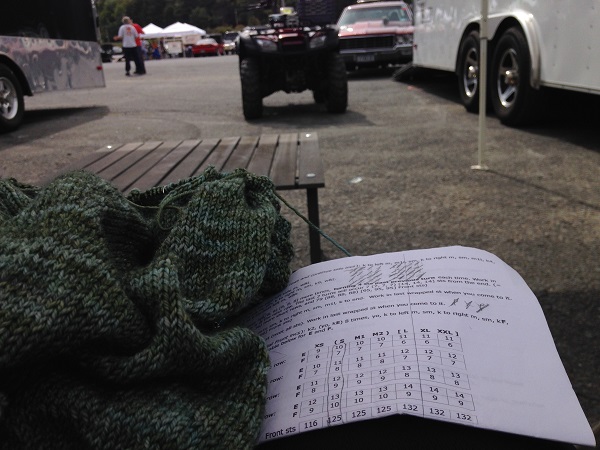 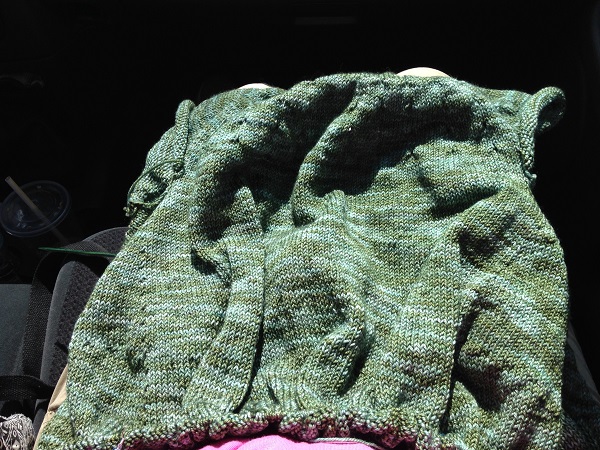 And hang out with my pit crew collegue, Ray, doing our usual waiting-around-on-the-atv’s-in-case-we-are-needed-for-pit-crew-duties: 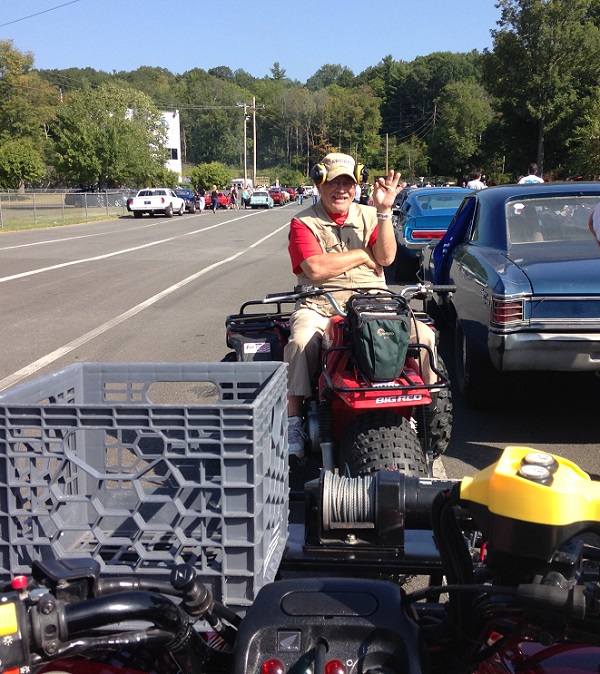 And then there was Frank.  Here is Frank’s new car with a brandy-new-super-duper-lots-of-horsepower engine: 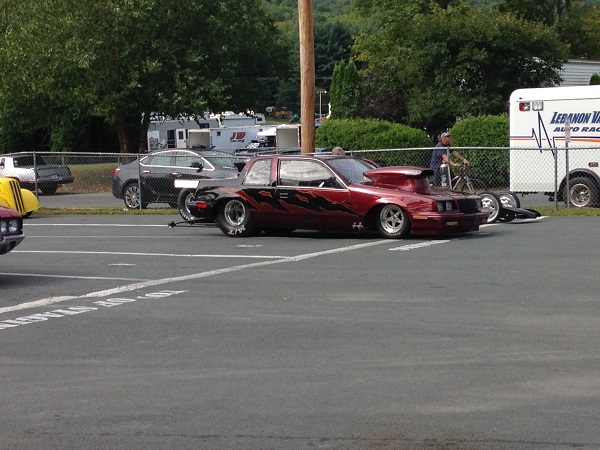 But I’m not really going to tell you about his car.  We’re talking donuts.  Anyone remember this post?  Well, Frank hasn’t forgotten about those Bella Napoli jelly donuts.  So, since we will be seeing him again this weekend for racing, he is requesting we bring some.  [Or maybe Paul offered, because that is totally possible and we can’t totally blame this whole thing on Frank.  We can probably safely assume we are totally not blaming it on me.] After the racing day was over, and all the talk about donuts, those donuts were all Paul and I could think about.  How really, very yummy they are.  How Bella Napopli is pretty close if we go out of our way to the other Advance Auto on an errand for another car part.  And how we really shouldn’t wait until this weekend to buy some.  We might want to get some to make sure they are still really, very yummy….. 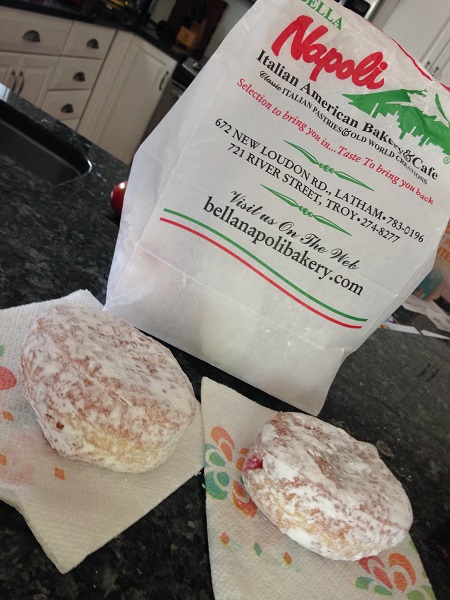 What the heck???  They are, AND we are of course getting more to bring to Frank, which means we will get enough for us too.  This is not great for our healthy eating goals.  Thanks (again) Frank.

And then there were these: 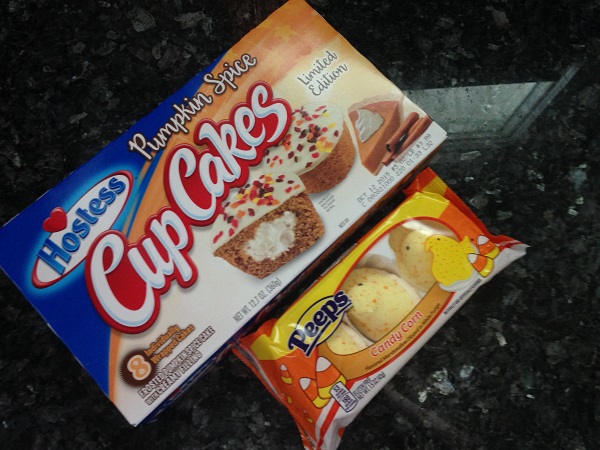 Enough said about that.

And in doodlebug news, there was this very unfortunate happening in the backyard: 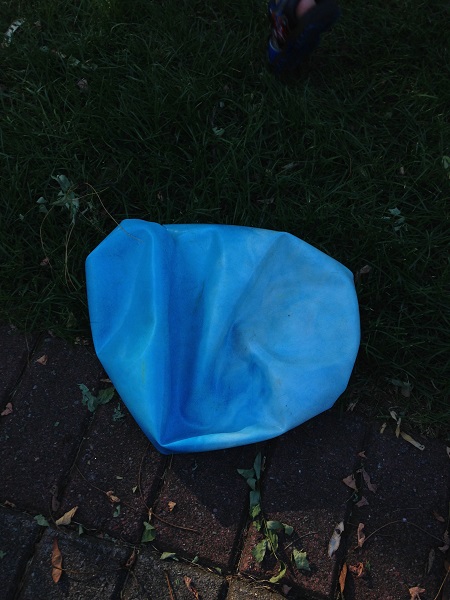 The Big Blue Ball (as opposed to the Big Pink Ball or the Little Purple Ball or the Little Blue Ball) met its fate yesterday.  One good kick that hit just the right sharp corner of the deck and this backyard staple, that has been around for three-quarters of Mr. Doodlebug’s life, popped and deflated. Oh, the tears that gushed when he realized it was no longer play-with-able! (It had a big hole in it.)  I felt his pain, because this was such a beloved toy for him (as is the Big Pink Ball for Miss Ladybug), used in so many different, developing ways as he has grown.  There proceeded to be lots of negotiating about how to then share the Big Pink Ball, and discussion about whether or not there may or may not be a replacement some day (maybe at Christmas or his birthday, he thought), and how if there wasn’t, then there were SO MANY more balls they have that he/they could play with.  Who knew a big, blue, few-dollar ball could have such an impact?  Combine that with their first day of preschool a few days before, and this was a big week for them.