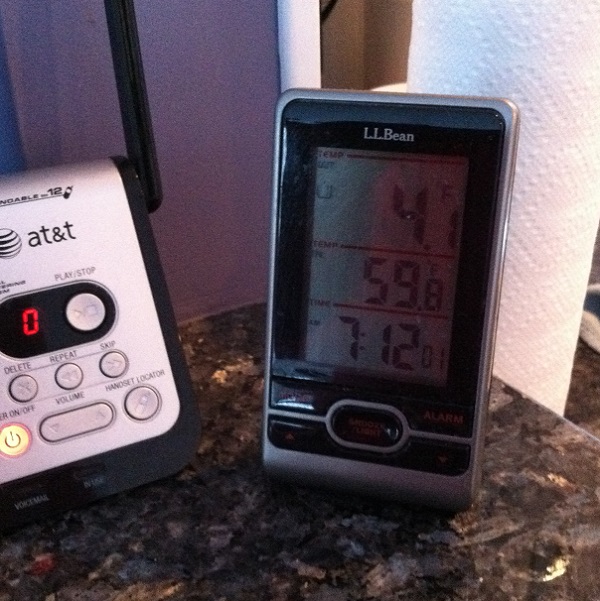 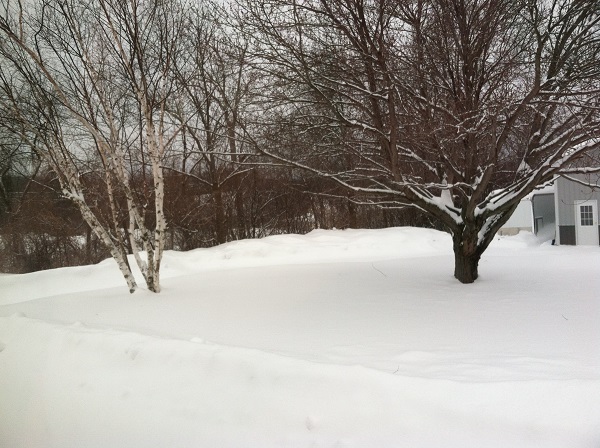 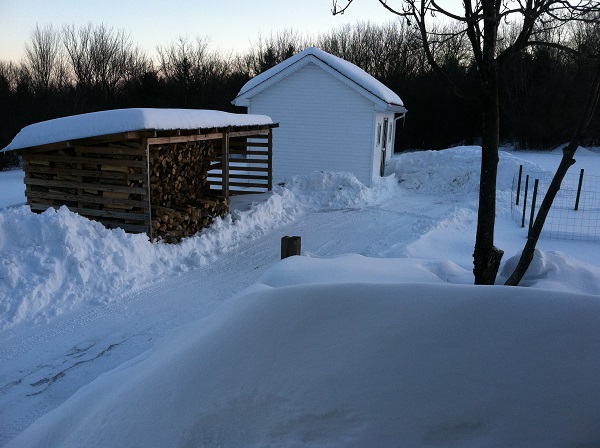 You can’t even tell we have a pond anymore…. 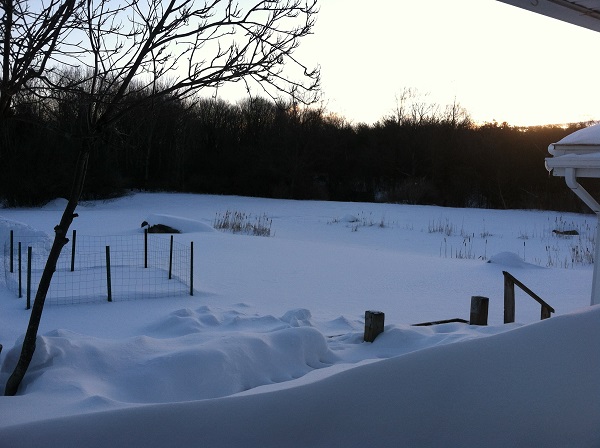 We recently watched a whole bunch of episodes of Alaska State Troopers.  It should have made me feel better about this weather we are having.  In some places in Alaska, they have much colder temperatures, more snow, and hardly any sunlight.  For a really long time.  So why am I complaining about a couple of months, one of which the average temperature has been 12 degrees when it is supposed to be 38?

The other day, when it was only 15 degrees, I took the doodlebugs outside to play.  It was sunny, so it felt warmer.  By the way, the threshold for how “warm” it has to be to go outside has gotten lower as the winter has gone on.  Early in winter, temps in the twenties seemed too cold.  Now, if the temp is in the teens but the “real feel” is in the twenties, we’re all good.  And I’m telling you, those snowsuits keep them so warm, they are sweating when they come inside.  Anyhow, back to the other day…..Miss Ladybug stopped playing to ask what I was doing – I was just standing in the sun, with my face tilted up and my eyes closed.  I told her I was trying to get some vitamin D.  The sun felt so good and I realized how little time I had spent in the sun these past couple of months.  She also asked me recently when summer was coming. I told her not soon enough, but I would settle for spring arriving pretty quickly.  On the plus side, it is not pitch black when we wake up, it’s still light out at 6pm, and in two weeks we’ll be changing the clocks.  So spring can’t be that far.

But meanwhile, and as usual, the knitting helps.  Having something warm and wooly to work on makes things nice and cozy.  I’m plugging away on my Tea Leaves Cardigan…. 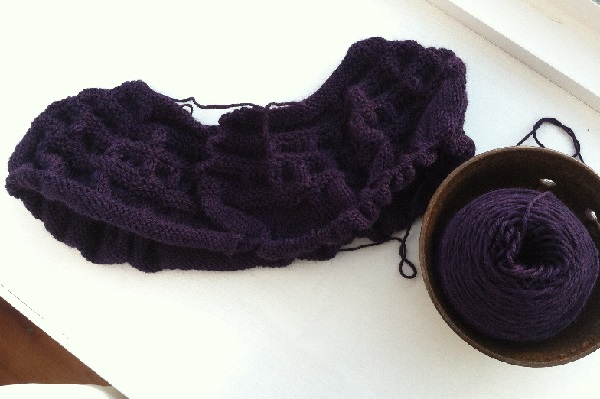 It kind of looks like a jumbled mess right now.  When I separate for the sleeves, you’ll get a better idea of what it looks like. Also, can I just say that I love this color?  But then again, purple is my thing.

And I’ve started working on another pattern to publish. I’m breaking all the rules and giving you a teeny tiny sneak peek: 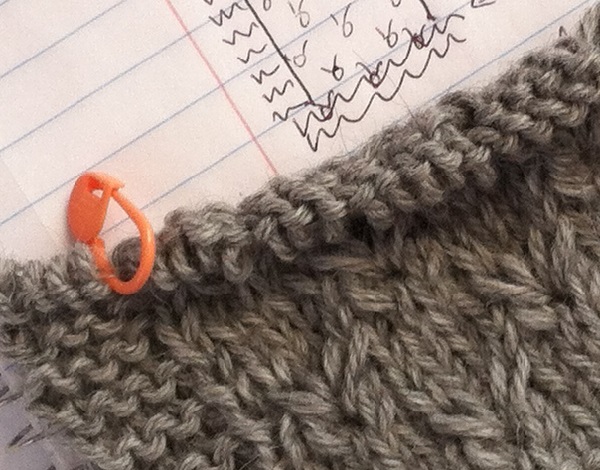 Are you staying warm?