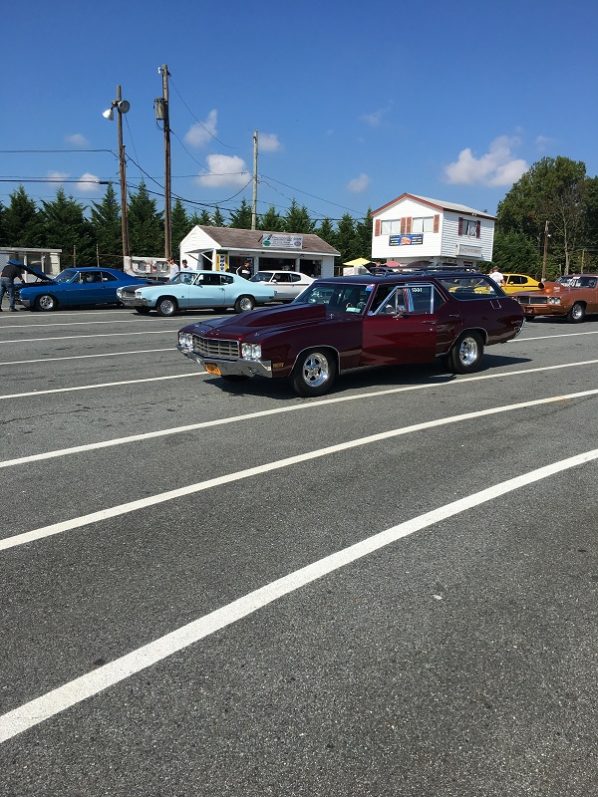 I’ve got so much to tell you, I have to split it up into at least three posts!

This past weekend we made our yearly trip to Maryland and the Cecil County Dragway for a drag racing event.  We always have fun at this one and get to see some friends we only see a couple of times a year.  On the way down I knit on my latest pattern/yarn obsession,  the Big Herringbone Cowl with the Malabrigo Rios: 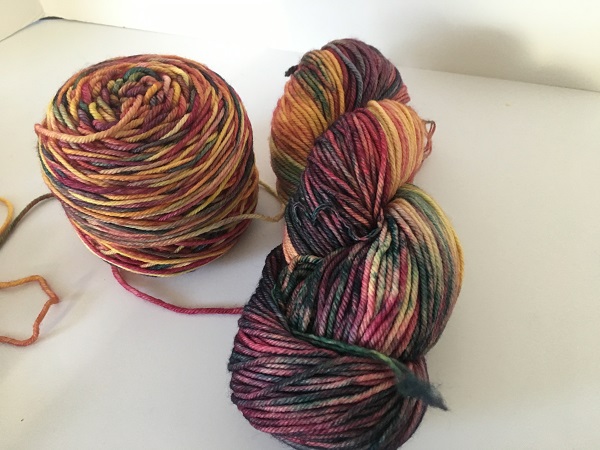 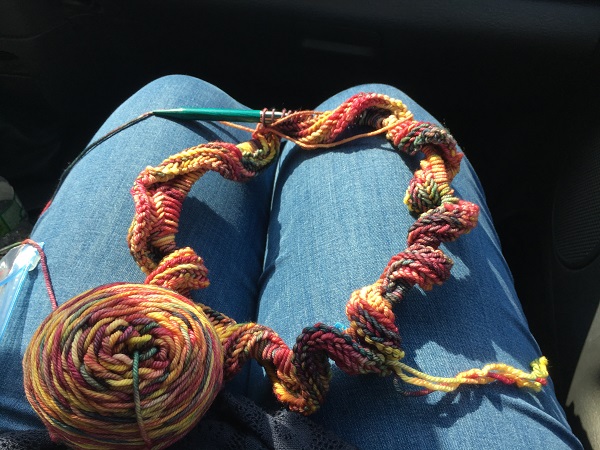 250 stitches in worsted weight yarn on a size 15 needle.  I’m still not sure that I didn’t twist it when joining in the round, but I’m going with it for now.  I had to stop knitting very quickly because this herringbone stitch pattern was a little fiddly and it was making me car sick, having to look it at constantly!

Paul and I got to the hotel in Maryland a little early this year, so we made a trip to Vulcan’s Rest Fibers in Chesapeake City. 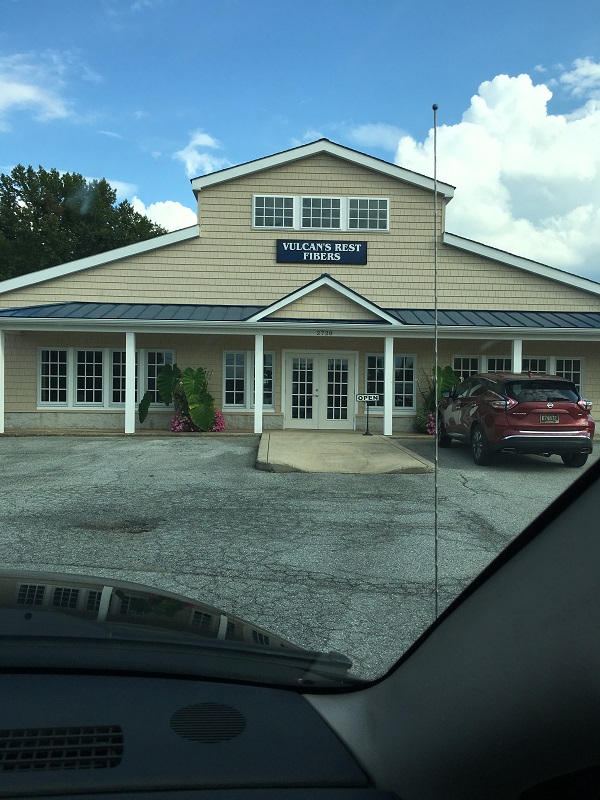 Where, as you can see, I didn’t find much… 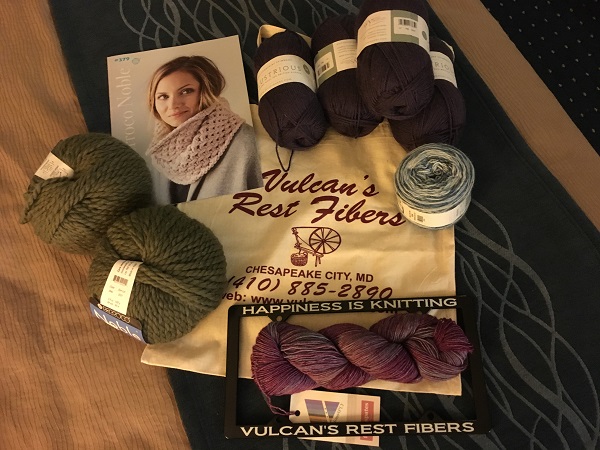 The wonderfully nice woman at the yarn shop recommended an excellent seafood restaurant for us to go to, Schaeffer’s,where we had a great view from our table: 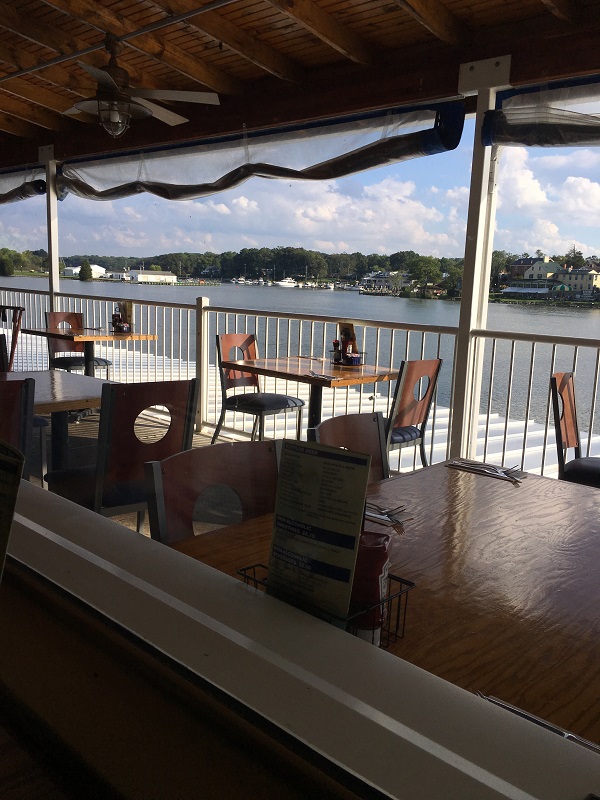 And I had an awesome crab cake sandwich.

Just as we left the restaurant, we got THE CALL… 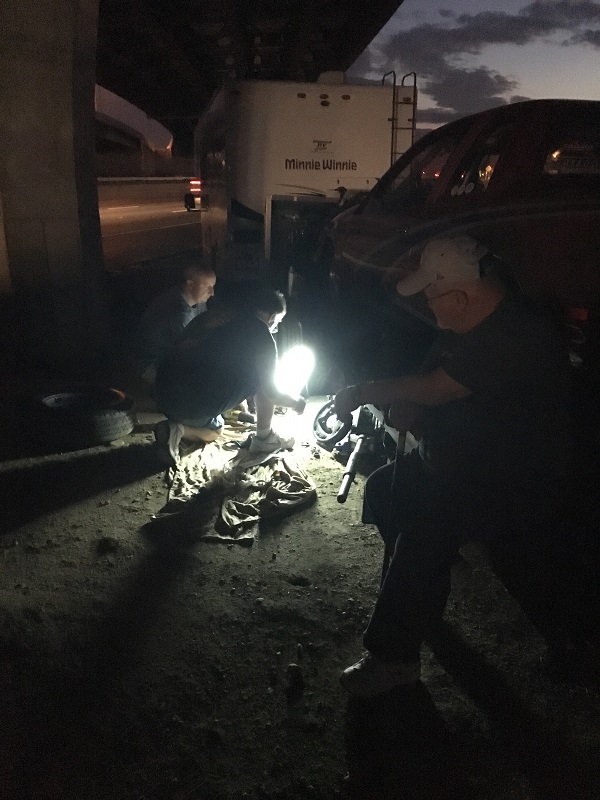 Our friend Rob had almost made it to the hotel when he had a trailer tire seize-up issue.  One trip to Home Depot for an angle grinder later and we were on our way to help.  I’ll tell you, these guys know what they are doing and, despite being under an overpass on the side of the highway, were able to get things up and running fairly quickly.

Back at the hotel, we always have fun socializing with all the other racers and their significant others.  Denny and Renee are friends who live in Ohio (Hi guys!!).  Renee is a kindred yarn hoarder who crochets, and I spent quite a bit of time “having her back” when Denny asked why she needed to keep buying yarn (because it’s on sale; because we love, Love, LOVE yarn; because we can’t help it; because it’s just what we do — pick any one of those) and why she doesn’t “do anything” with the things she knits and they take up space on the recliner that he can’t sit in (because it’s nice to admire your own hard work, plus it’s good insulation for the house, plus there are other chairs for you to sit in).

Once at the track the next day I immediately abandoned my Herringbone Cowl for a little while to start the Coffeehouse Cowl with the Berroco Noble super bulky yarn I found.  Which is also super soft!…. 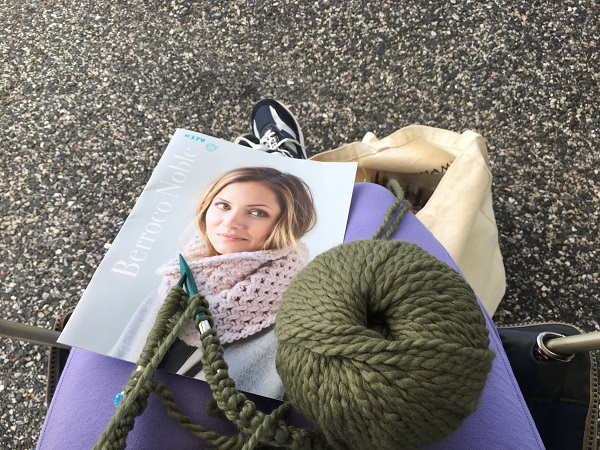 That, too, did not last long because IT. WAS. SO. HOT.

Can you imagine this?… 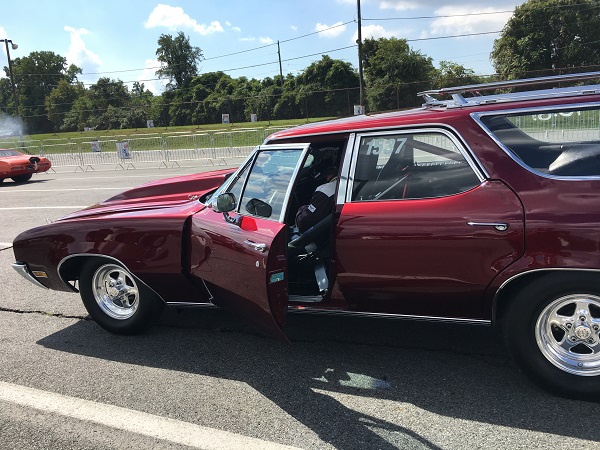 Paul has to wear pants, a fire jacket and a helmet.  And the inside of his car is black.  So, he keeps the door open until the last minute.

…until the last minute of the last race where he was first place in the Quick 16 bracket!!! 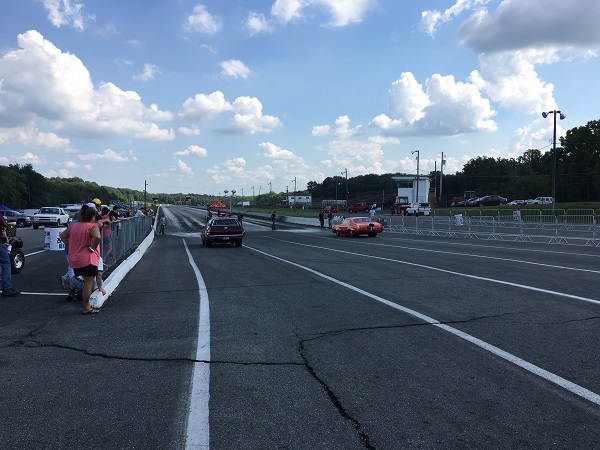 Hooray!  I took the liberty of assuming that some of his prize money would go towards more yarn.  It seemed like the right thing to assume.