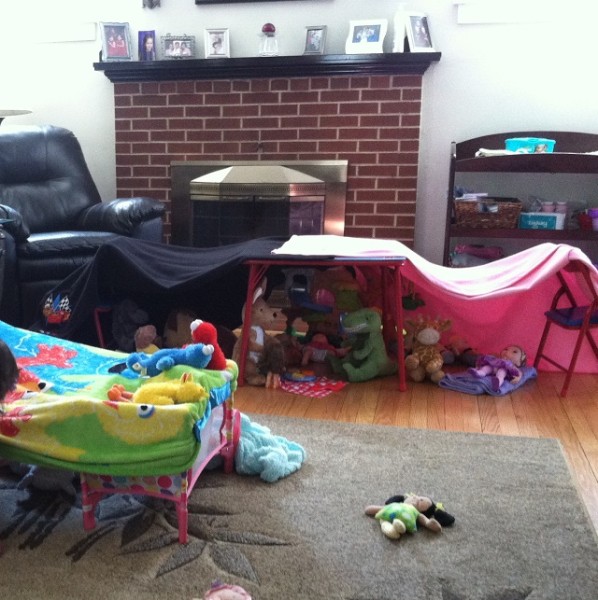 As with most households, there are rules at my doodlebugs’ house that I help to reinforce.  One of them has to do with how to use balls in the house.  They have those pastel colored balls that are about 8 inches in diameter, which they are allowed to ROLL or KICK GENTLY.  They are not allowed to THROW the balls.  Yesterday, I had a very brief discussion with Michaela about this when she took out one of the balls.  Once I had to remind her of the rule, she lost interest.  Who wants to just ROLL or KICK GENTLY, right?

Later in the day, as we were preparing to work with play-doh, I enlisted the help of the doodlebugs to clean up some of the other toys first.   As usual I did my part to help.  Let’s face it, if I didn’t it would be midnight before the play-doh came out.  In helping, I picked up their blankies that were lying on the floor and tossed them onto the couch from a good distance across the living room.  It was then that I heard this from Benjamin: “Excuse me, Aunt Liz [YES, he said “excuse me” !!!].  You don’t THROW those.  You ROLL them.”

He is two and a half.  I was totally schooled.

And then I schooled he and Michaela on the art of the fort: 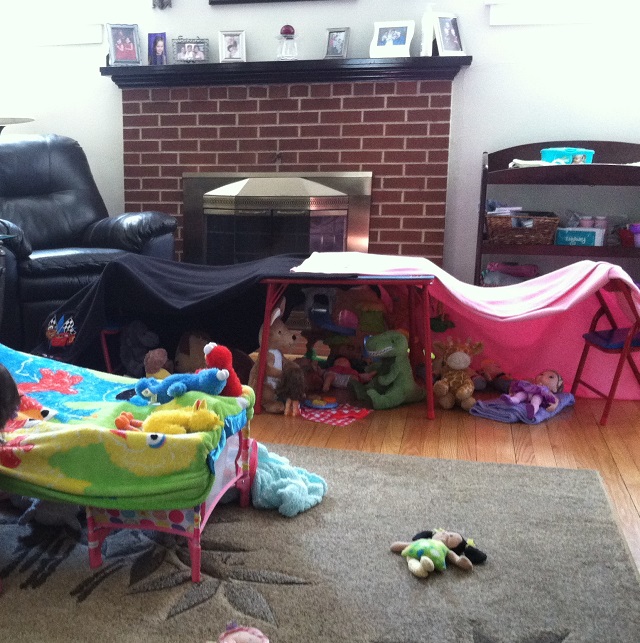 And the art of having a picnic on the living room floor for lunch because it is still too darn cold to do anything outside and we needed a change of pace: