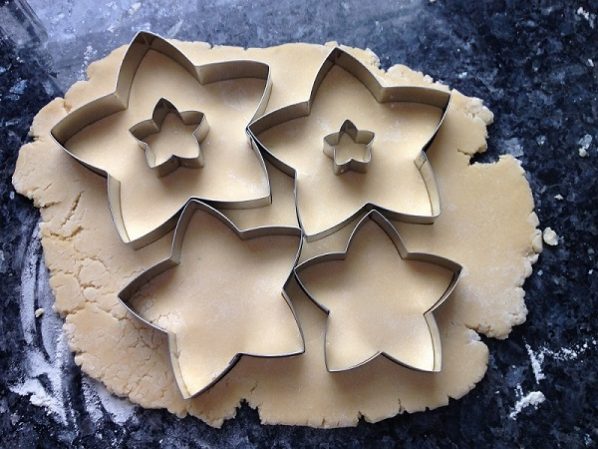 In the absence of knitting (the trees proved to be too much apparently and now I need another little rest – how annoying is that?), I give you Christmas baking and an experiment…

My most favorite sugar cookie recipe to date I discovered back in the spring through Smitten Kitchen and her Confetti Cookies. 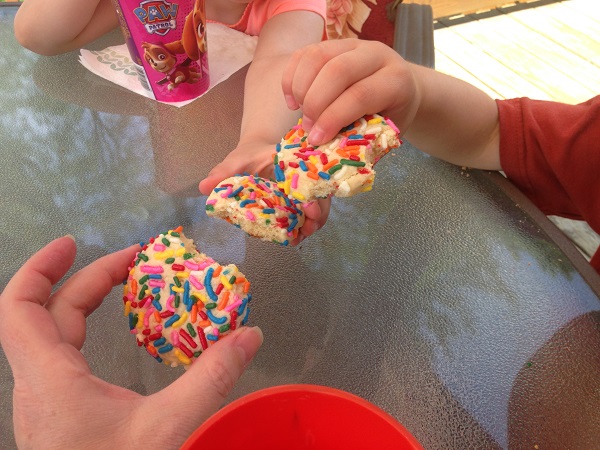 Oh. My. Gosh.  So tender and just wonderful.  And the sprinkles are fun.

So, I decided to use the same recipe with my new sheep/knitting cookie stamps from Juniper Moon: 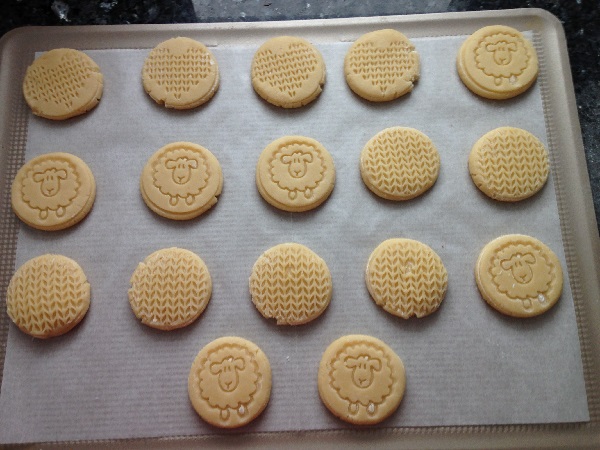 And make little packages to give to the new owners of The Spinning Room! 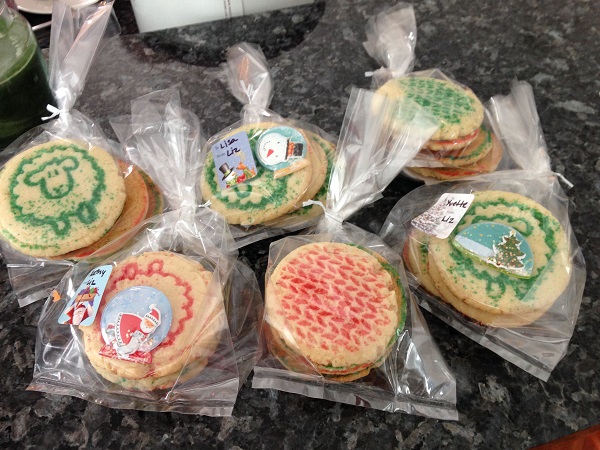 Then, I used the same recipe, with an additional 1/2 cup flour, to make rolled cut-out cookies: 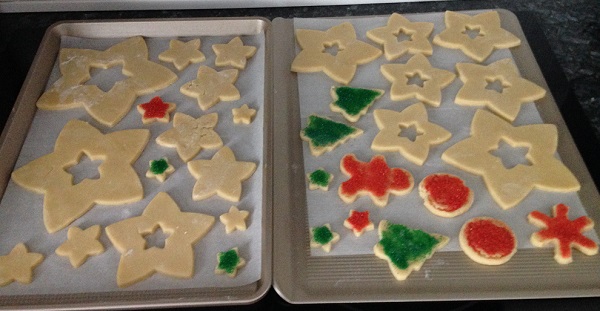 The sprinkled ones got taste-tested.  The others will become something else I’ll show you another time.

I highly recommend this recipe.  In fact, (heads up if you are local and like a free treat) I may or may not be making more sheep/knitting cookies to share at The Spinning Room.

In experimental news, I made a wonderful caramel sauce that my friend Chrissy told me about.  A can of sweetened condensed milk, immersed in water, heated in the crock pot for hours and hours. 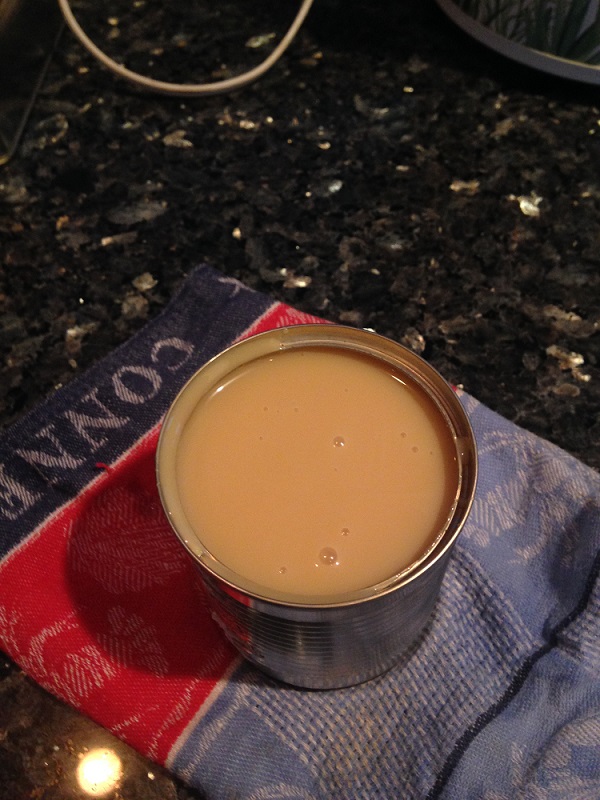 It didn’t look quite dark enough so I decided, after Googling for a little more information, to try again.  This time I put it in a canning jar so I could see how dark it was getting and left it in for 10 hours…. 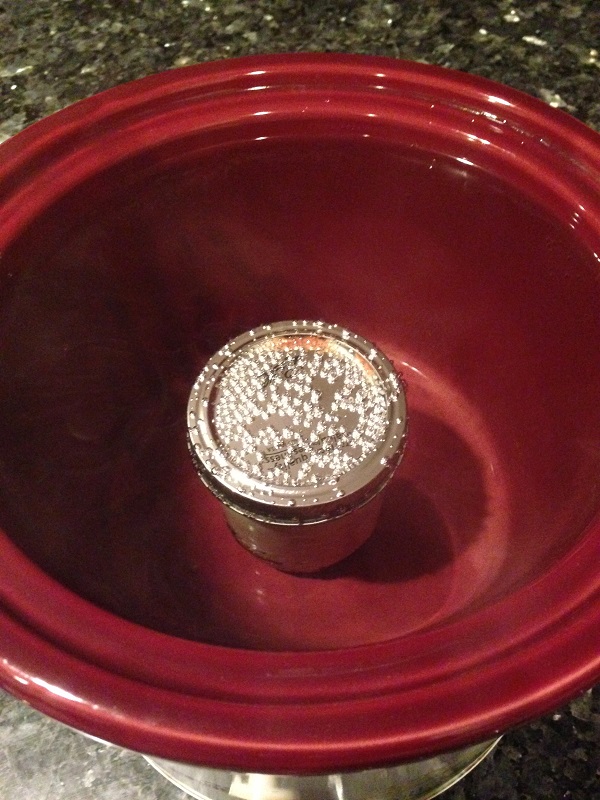 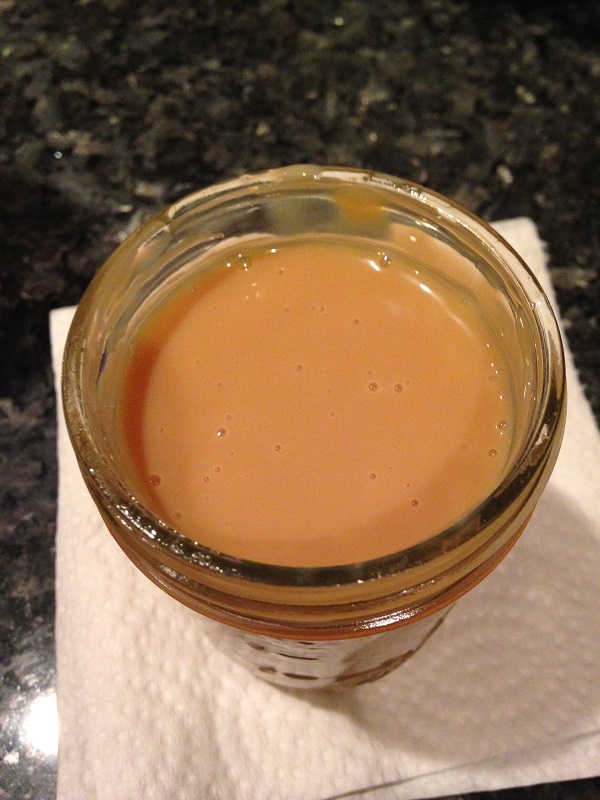 Ok, looks the same but the second one definitely tasted more caramel-y! Found that info here.  We are looking forward to trying it on something! 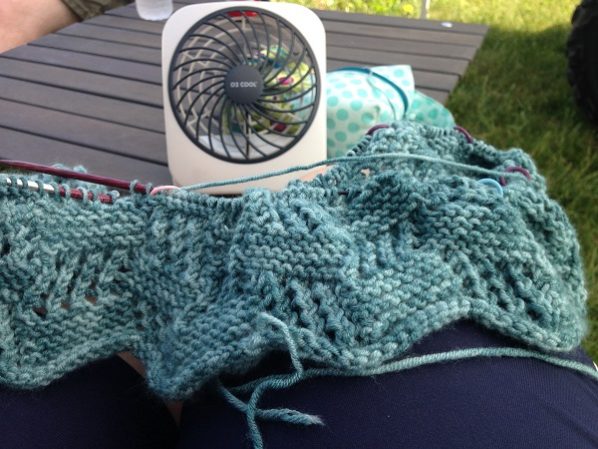 A couple of weekends ago was Memorial Day and Musclepalooza at the track.  And I’ll tell you what: IT. WAS. HOT.

I pretty much melt when the hot weather comes, and I turn into a whiny, sweaty, kind of pain in the neck.  But this time, I really tried to rally because this event only comes twice a year, and this year we are not going to as many events as we usually do, so we have to make the ones we go to count.

So, we went and Paul got his time trials in: 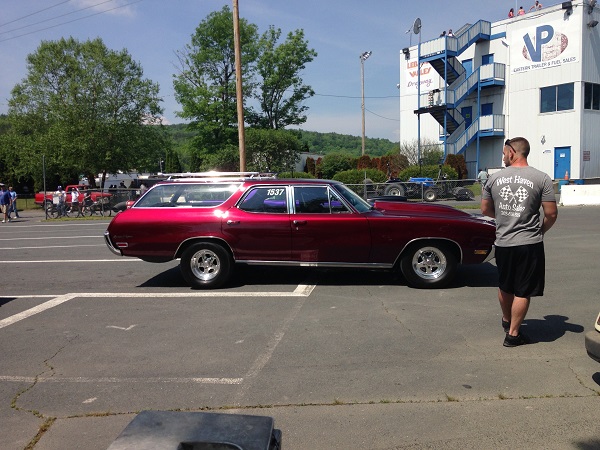 While he did that, I did my best to find a spot to sit with the ATV in the shade.  Because, it was really hot.

And I tried to knit on my What Alice Found with my fan:

Didn’t really work, because it was too hot.

And, have I said it was hot?  It was.  So in between rounds we had to just sit still and drink beverages: 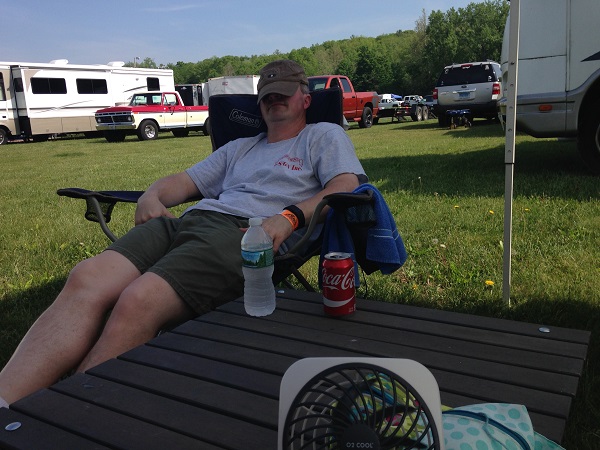 And then, before Paul could even get his first elimination round in, at about 2:30pm, after a whole day and part of the afternoon of HOTness: 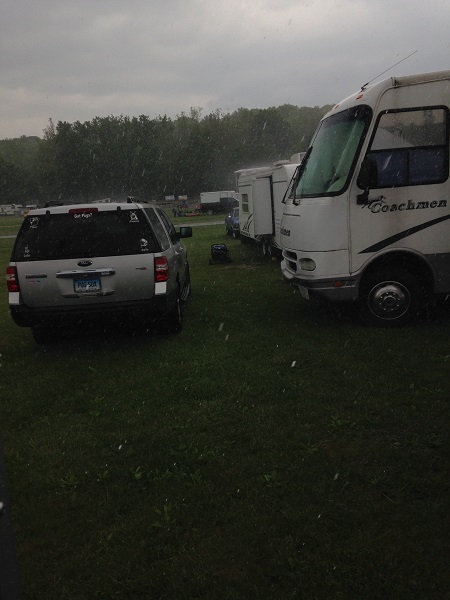 And we all ended up in the trailer: 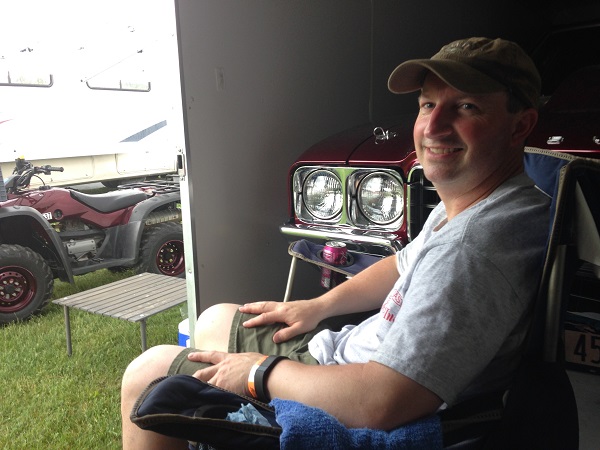 “We” = Paul, me and the car.  After waiting for a while to see if it would stop, it didn’t, so the event was rained out.  And then it was nice and cool.  We’ll be back for the one in September.

In other news, the Doodlebugs’ mom had a birthday and we made her some Confetti Cookies from the Smitten Kitchen blog: 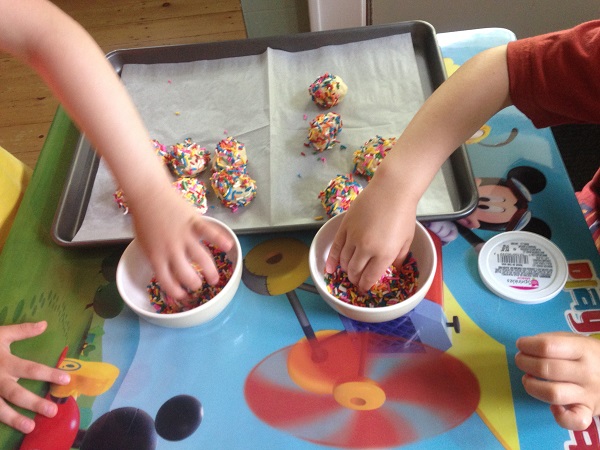 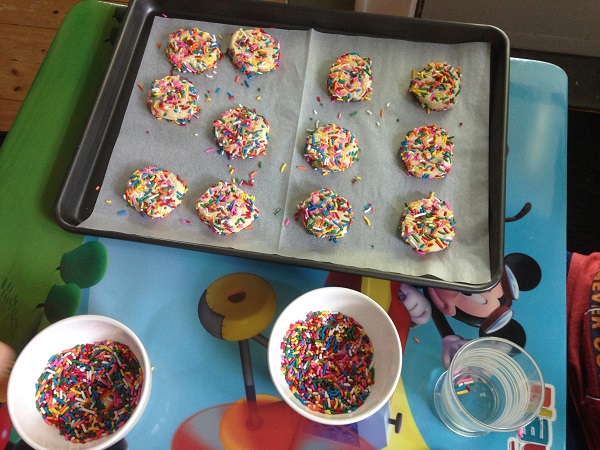 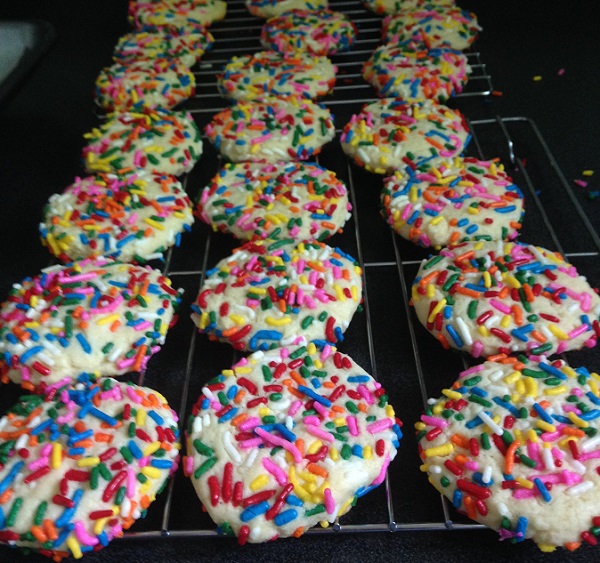 They had so much fun and were so excited about giving them to her and wondering whether she would share the cookies with them.  So cute.  They were then extremely excited when I informed them we would have to taste-test them to make sure they were ok to give to her.  So we did that after having lunch al fresco:

They are SO. YUMMY.  Mr. Doodlebug asked if maybe I might make them for their birthday.   Even if you don’t like sprinkles, you might like these because they get baked into the cookie and you don’t really taste them so much.  But what you do taste is a really great, tender and cakey butter cookie.  And they LOOK so festive.  And really, they are just really good. Go make some.