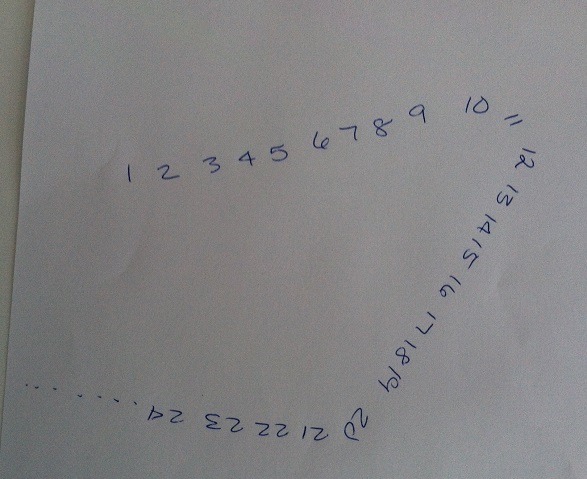 Synesthesia – do YOU have it?

I was supposed to blog about synesthesia a while ago but it got lost in a jumble of knitting, spinning and food items.  I heard about Synesthesia on a podcast when a woman was talking about associating certain people with colors.  As the podcast went on, I realized that I have a form of this, the “spatial sequence” form.

According to Wikipedia: “Synesthesia (also spelled synæsthesia or synaesthesia, from the ancient Greek σύν [syn], “together”, and αἴσθησις [aisthēsis], “sensation“) is a neurological phenomenon in which stimulation of one sensory or cognitive pathway leads to automatic, involuntary experiences in a second sensory or cognitive pathway.  In spatial-sequence, or number form synesthesia, numbers, months of the year, and/or days of the week elicit precise locations in space (for example, 1980 may be “farther away” than 1990), or may appear as a three-dimensional map (clockwise or counterclockwise).”

So, when I think about days of the week, I picture them in a circle in my mind like this: 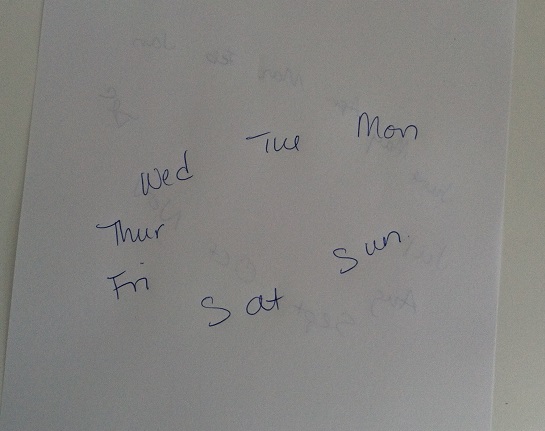 Same with months of the year: 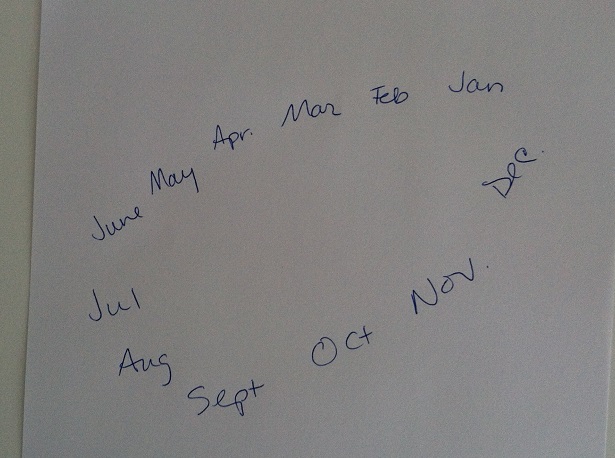 If I’m picturing getting some knitting ready for Christmas, I’m standing on July, looking over to December.  Weird, I know.

As for numbers, here is how I “see” them:

When I am thinking of a certain number I am picturing it on that line, which is not straight and I have no idea why.  It makes another turn when I get to 100.  Curiously, the days of the week go counter clockwise, but the numbers go (somewhat) clockwise.  If I’m counting, I’m traveling along that line.  Same with picturing years.  Again, weird, I know.  I asked my husband if he thought of things like this and he looked at me strangely and said no.  Anyone else think like this?

6 thoughts on “Synesthesia – do YOU have it?”