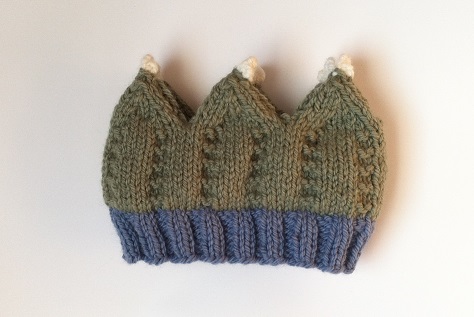 Stop Me if You’ve Heard This One Before

Stop me if you’ve heard this one before:  A social worker and an engineer were trying to have a conversation….

Ha ha ha!  I know.  Already it’s a good one, right? But the real punchline is:

….and it was really frustrating.

While the pole building was being constructed, either Paul or I were home in case there were any questions/problems.  On a day that I was home, the builders put in the insulation in the ceiling of the building.

First, let me give you this visual: 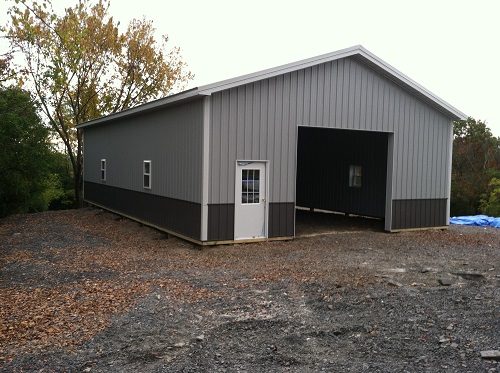 Ok, so when Paul came home and got the building report from me, the conversation went like this:

Paul (The Engineer): How did they get into the ceiling?

Me (The Social Worker): They cut a 3 foot by 3 foot hole in the ceiling just inside the door, put a ladder up, climbed up and blew it in from there.

Paul: Hmmmm.  I hope the hole won’t be in the way of where the garage door opener will go.

Paul: (repeated what he said)

Me: What are you talking about?  They put it just inside the door.

Me: The door door.  There is only one door.

Am I right?  That huge opening where the garage door will someday go, is not a door.  It is a doorway but not a door.  I think what I said was terribly clear.

But really, I think you’d rather look at this terribly cute crown that I actually finished sewing up today!:

And here it is on a too-big-too-mod-looking styrofoam head: 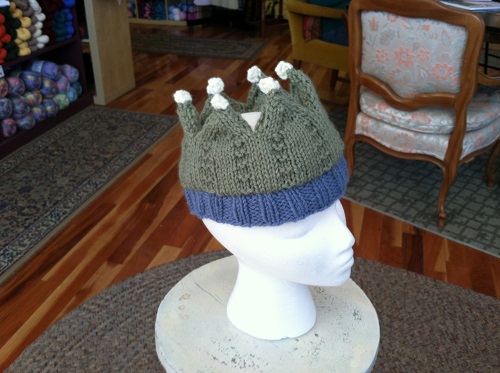