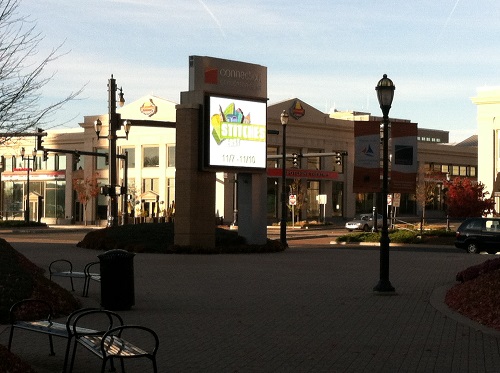 First up was registering: 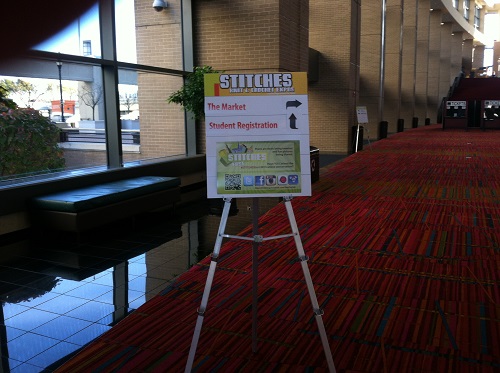 Then meeting up with some of my knitting peeps to chat before class.  My first class was Optimal Vertical and Horizontal Buttonholes, which I took with my friend Lisa.  Here are our swatches after the first buttonhole: 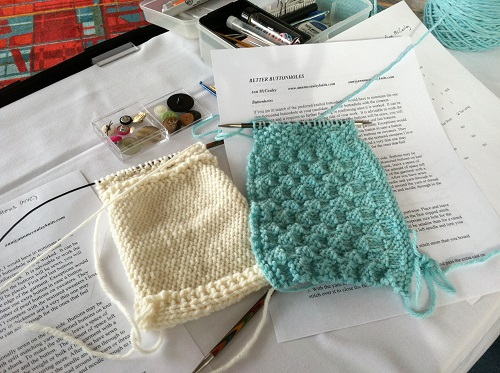 I learned some new tips about buttonholes, so it was a success!

I also had a class on Knitting in Both Directions (or Knitting Backwards), which meant we were going to learn how to knit off our right hand needle (after having knit off the left needle first, which is what you normally do) so that we wouldn’t have to turn our work around all the time.  Wow – a whole lot of new and interesting info in this class.  Loved the teacher Gwen Bortner too, and would love to take another class with her someday.  Here is my practice swatch: 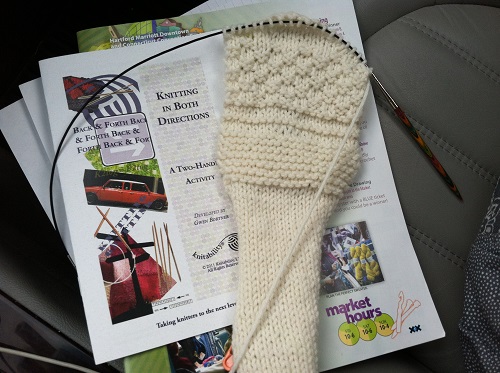 This in no way shows you what backwards knitting is, but it does show you how much I knit during the 3 hour class!

And here is the pretty view from the convention center, outside my classroom: 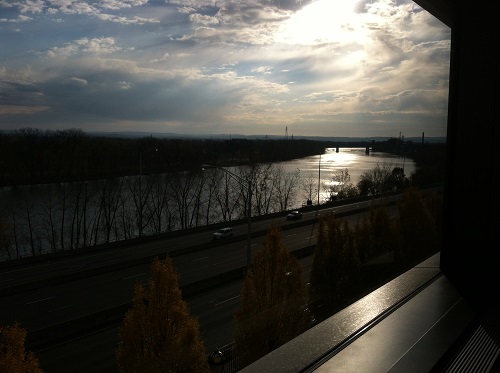 Between classes, I stayed with my sister and got a chance to visit with her, my nephews and my mom.  I went to watch two of my nephews play their soccer games.  Poor Evan — his ball was used during the game and here is where it ended up: 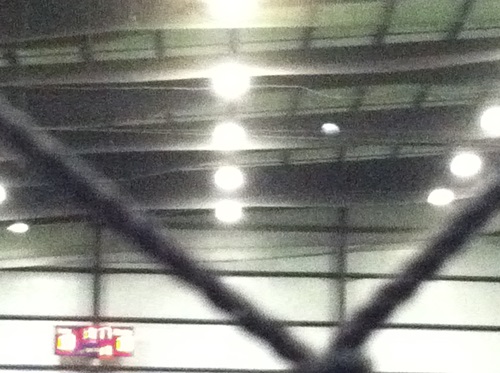 That’s it, up in the ceiling net.  The white dot between the columns of other bright white dots (lights).   They tried to knock it down, to no avail. (There were a couple of other balls up there too — some day they will get taken down and hopefully Evan will get it back.)

I also spent an inordinate amount of time at my sister’s trying to get a good picture of their cat Nikki, sitting in this basket. 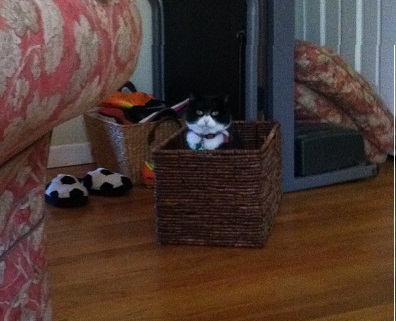 She is the cutest cat.  Also, while at my sister’s, I worked on and finished my Pinwheel Sweater!: 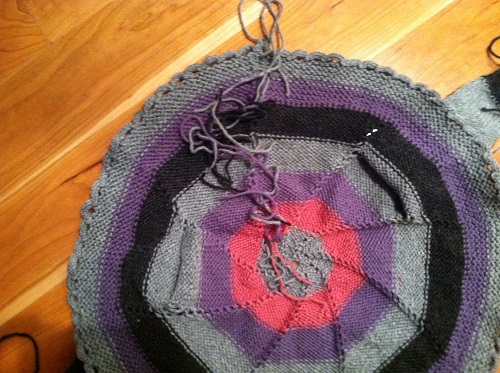 Ugh.  Look at all those ends!  But, I buckled down after I got home and wove them all in: 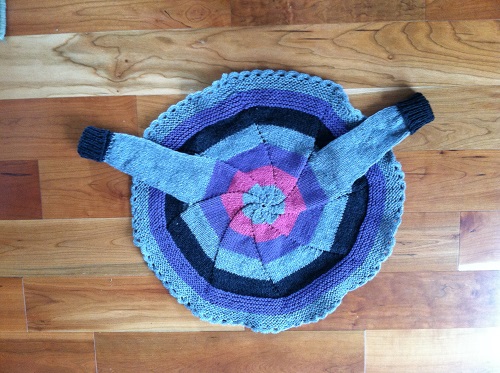 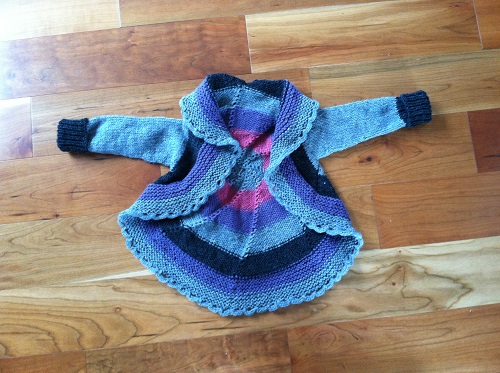 AND, can’t forget to tell you that after my classes, I spent an inordinate amount of time at The Market: 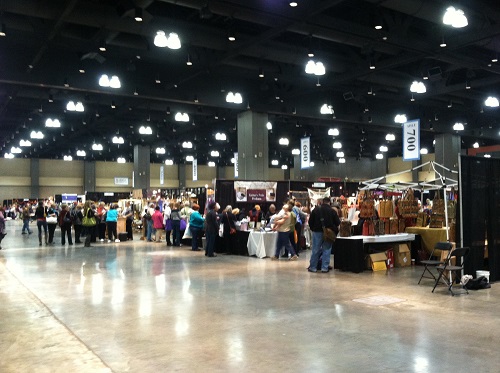 There were a ton of vendors and so much to choose from.  So….. since I was originally supposed to take four classes but only took two (the teacher for the other two got sick and cancelled), I might have spent that money at the market…. 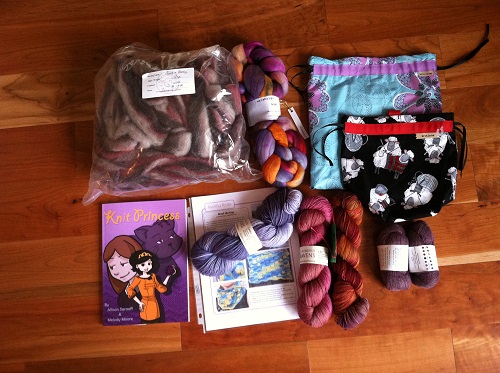 From the top left:

Wool roving from Glenfiddich Wool, which I pretty much bought because the color was called “Good & Plenty”.  I love Good & Plenty!

Malabrigo merino wool roving purchased from The Yarn Barn booth.  I love Malabrigo yarn, so I’ll make my own.

A skein of sock yarn in fall colors from the Verdant Gryphon booth.  Love it.

I might have gone overboard.  I think I should now be on a yarn/wool diet.