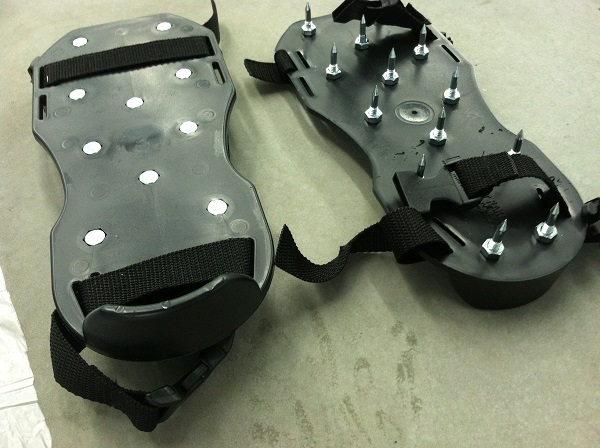 Spiked Shoes and All…

My Saturday started off busy.  Two classes to teach in the morning – the aran sweater class to 2 people who couldn’t make the first class on Thursday, and the Mobius cowl class: 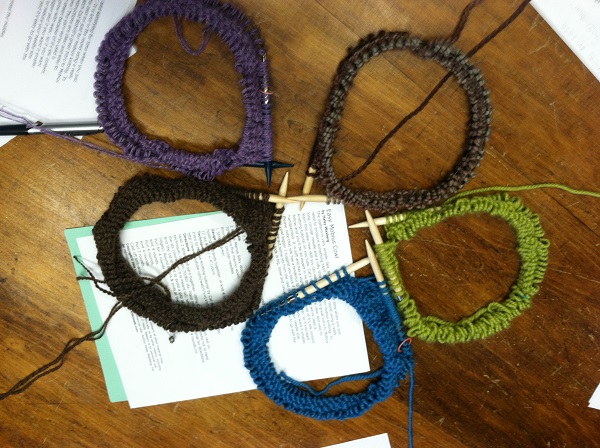 Those are their works-in-progress all cast on and working on the knitting.  Don’t all the colors look pretty?  During the class, I was telling the students my plans for the afternoon:  PAINTING THE GARAGE FLOOR.  They immediately picked up on my “enthusiasm” for the impending project and graciously started telling me they thought they would need hours of extra help with this class and that I likely would not be making it home to do the painting.  How sweet!

Needless to say, the going-home-to-paint had to happen eventually and I arrived home to Paul all organized and ready to go.  The garage walls were littered with these: 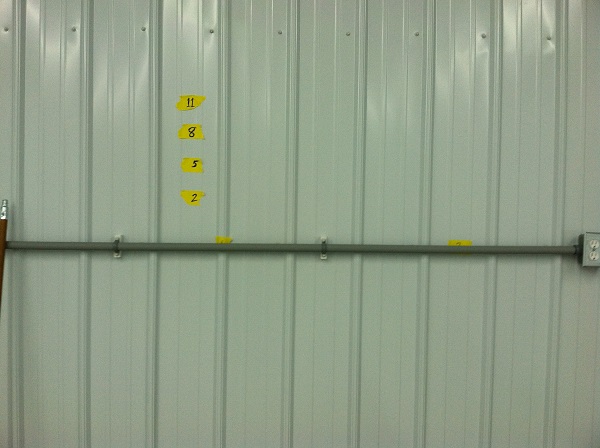 They mean something to Paul.

We donned the soon-to-be-cursed-for-many-hours spiked shoes: 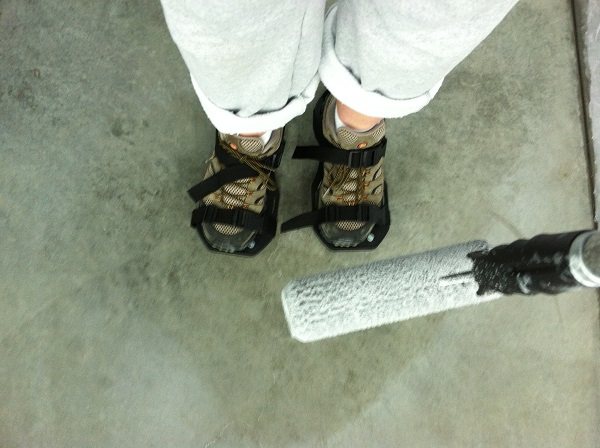 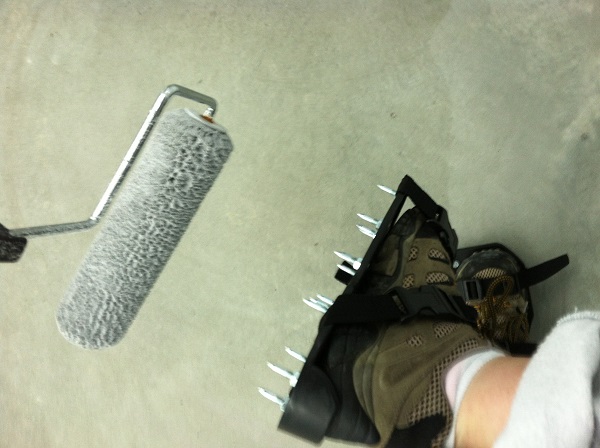 They are only about an inch high but it feels like you are walking on stilts.  Plus, the do not bend so you clomp around like you have concrete blocks on the bottom of your feet.  And forget about picking something up off the floor.  Even though they are only an inch high, you then have your shoes on, so bending to the floor is a huge feat!

These are used so we could walk in the wet paint to do the “backrolling”, or as I liked to call it, the pain-in-the-neck-we-already-rolled-this-section-why-on-earth-do-we-have-to-do-it-again-ing. 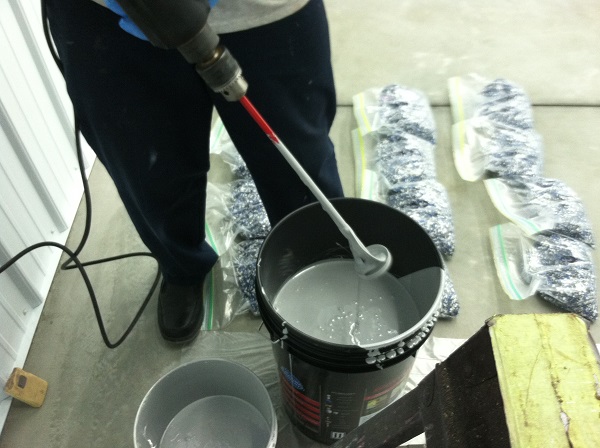 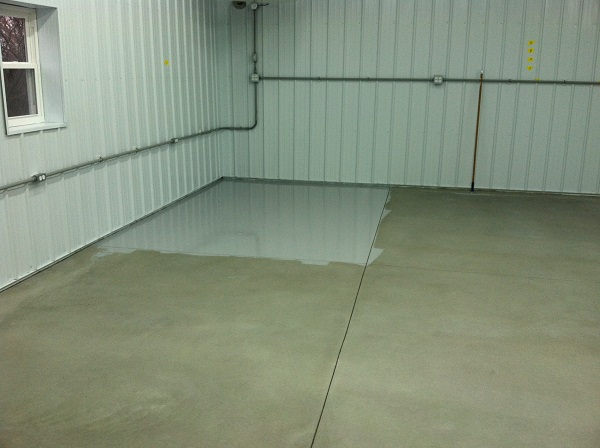 I took a picture after almost every section and thought about putting them all in here, but I will spare you the boredom.  Even though it would be nice to have others feel my pain.  This project was everything I thought it was going to be including: long, hard, boring, tedious, painful to my feet and boring (did I already say that?).

The only “fun” part was throwing the paint chips onto the gray paint: 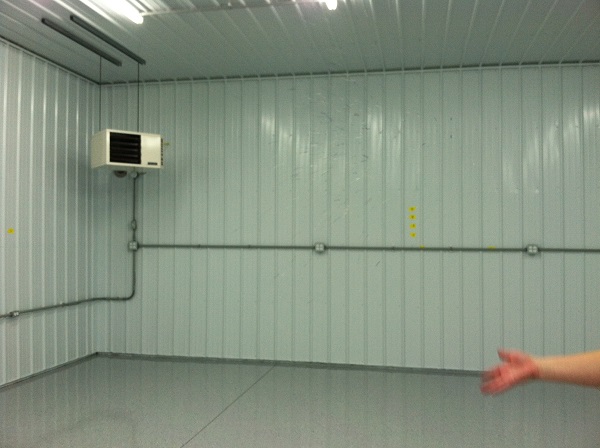 They had to be thrown as high as possible to make for the best, even, coverage: 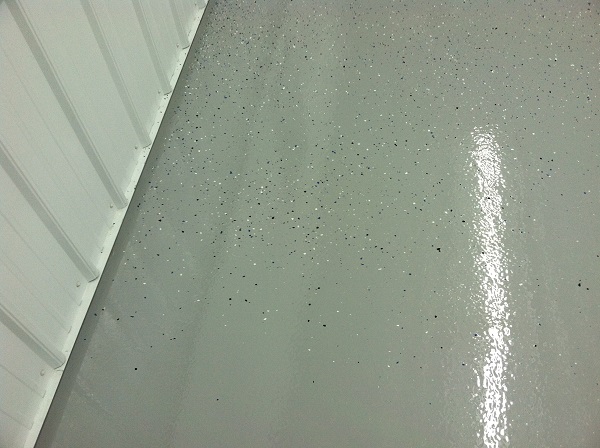 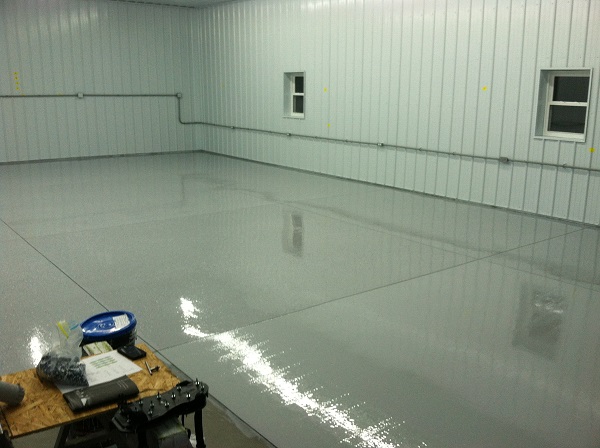 We were so tired.  The next day was Sunday and I was supposed to go have a nice afternoon with my new spinning group.  But, the painting was started, and it had to be finished so I cancelled going.  (Paul owes me a nice dinner out for that one.)

We got up the next day and spent another 4 hours doing the clear top coat: 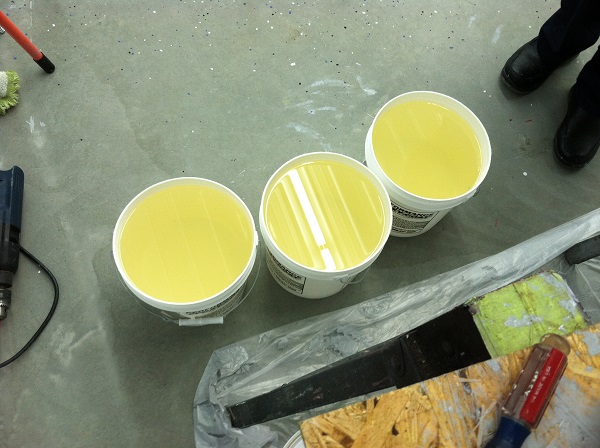 Here is Paul in his spiked shoes (which I did not wear the second day because my feet hurt so much from the previous day) applying the last layer of clear on the last square: 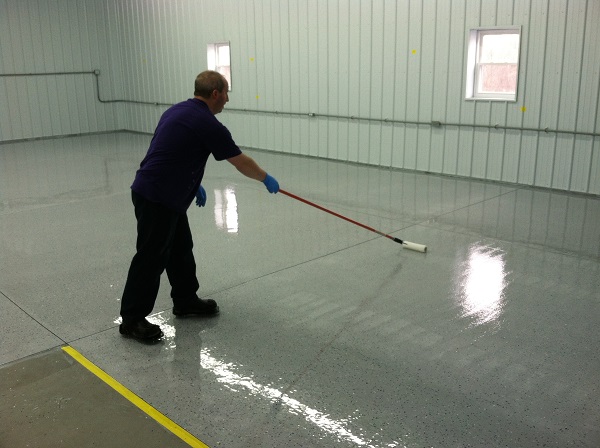 So, I figured out that we basically painted FOUR floors during this project.  Each section had to be painted, then gone over a second time ten minutes later.  We put two coats on the floor.  That equals four floors or 5200 square feet of painting.

Looking back, it still feels long and tedious and boring, but I grudgingly admit that I feel proud to have done such a big project ourselves.  Don’t tell Paul.  And I’m still going to cash in on a nice dinner out.

And then there was this!: 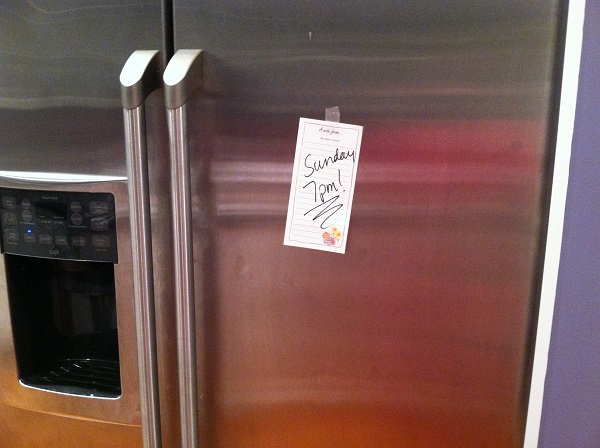 My reminder to log onto my computer and try for a ball of Lollipop Yarns sock yarn.  I was so worried I would forget that at 6pm I set the timer on the microwave, in case I got distracted doing something else.

I logged on at 6:50pm and started refreshing the computer screen nonstop at 6:55.  AND I GOT ONE! In the colorway “Pillow Talk” which is a pink and gray striping yarn.  I was so excited.  Paul said, “You already got one?  You should try for another.”  So I did. There were not many left but I tried.  AND I GOT ANOTHER ONE!  In the colorway “Squeak” which is three shades of gray.  Pictures to come when they arrive.

THEN, I watched Downton Abbey and the Golden Globes.

After the ridiculously long, hard and boring floor painting, a terrific way to end the weekend.

2 thoughts on “Spiked Shoes and All…”