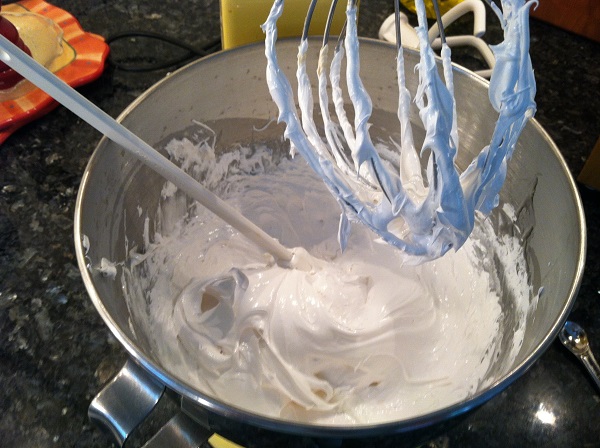 Lately I’ve been obsessed with smores.  It probably has something to do with this humongous chocolate bar from Hershey’s Chocolate World that we had on hand: 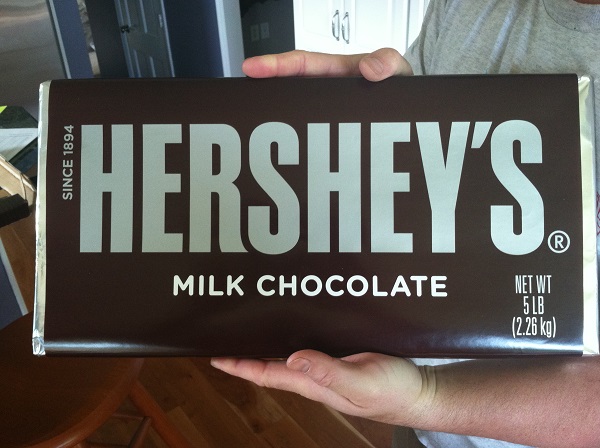 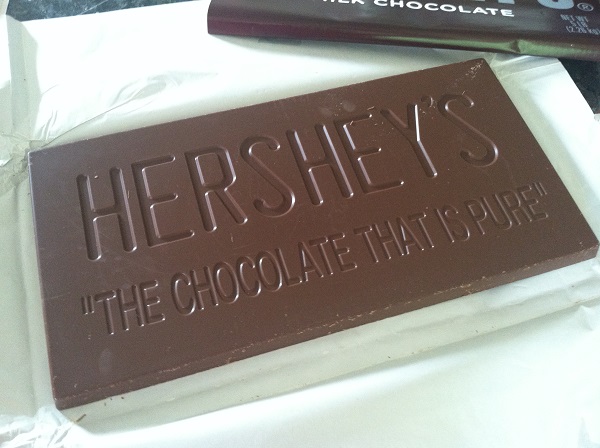 And this is totally the time of year for smores right?

They, or some version of them, keep popping up on my computer.

So, on the 4th of July, we had a little cookout and despite the grill being on, I made some smores in the oven!  I printed out recipes for the last two and decided to try the Cookies and Cups recipe because it had homemade marshmallow fluff – something new for me to try.

First I crunched up a bunch of graham crackers and made a crust, while I melted a large hunk of that chocolate bar together with sweetened condensed milk: 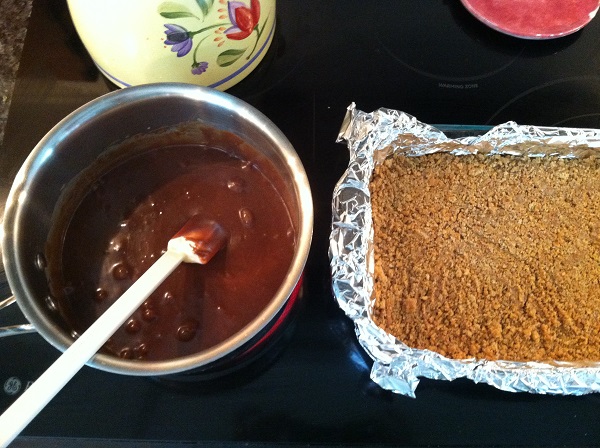 Poured the chocolate on the crust and let it cool/set: 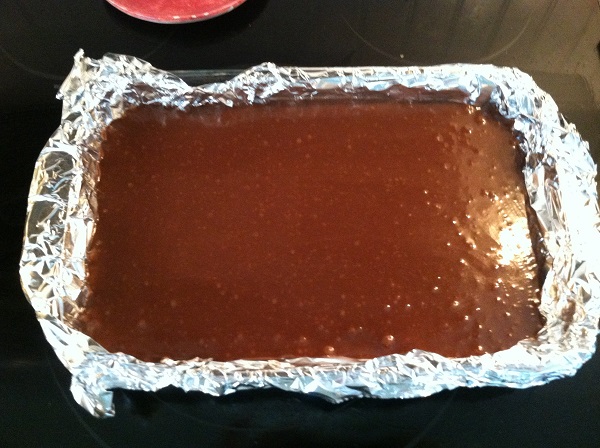 While that was happening I heated the sugar, corn syrup and water to 240 degrees: 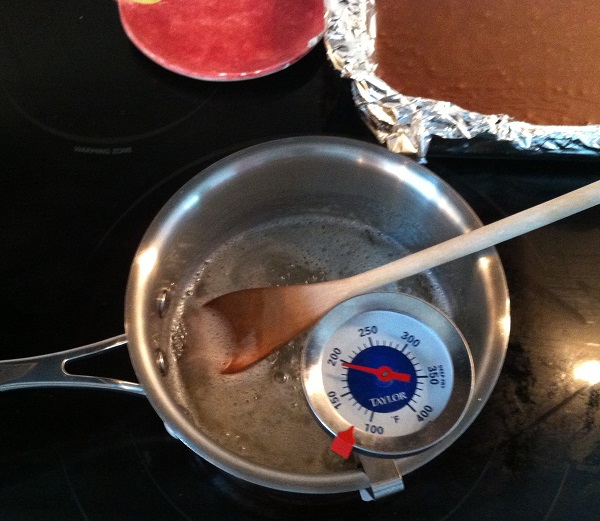 Whipped up some egg whites: 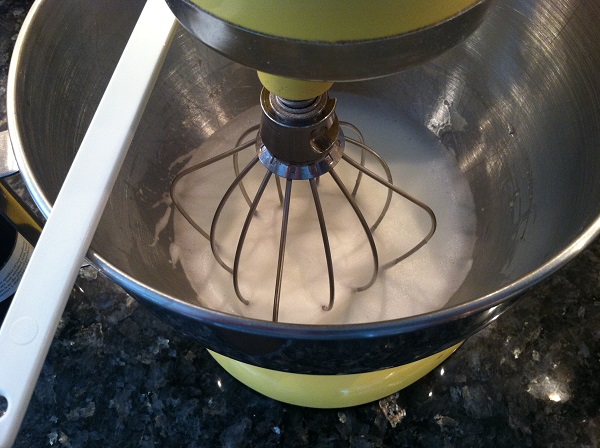 Then, poured the 240 degree syrup into the egg white veeeeeeeeeerrrrrrrrrry slowly.  I’m not showing you a picture of that because I only have two hands and one of them was holding a pot of 240 degree syrup.

And IT. WAS. SO. GOOD.  Better than the jarred stuff.  Absolutely.  [I have a little leftover and will be making myself a peanut butter and fluff sandwich.  Something Paul thinks is gross.   What?????]

Spread that on the chocolate, toasted it in the broiler and dug in: 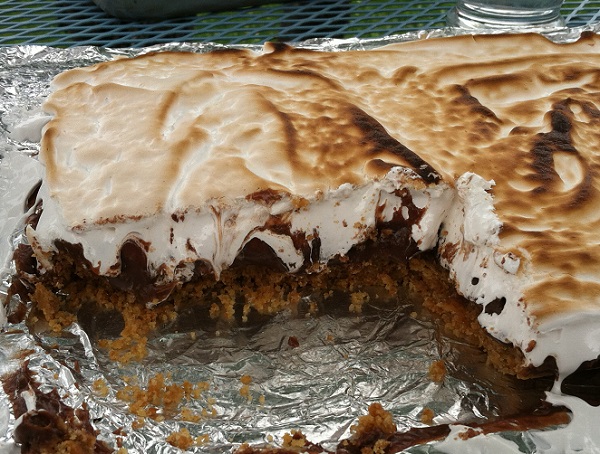 Later, I took a nice, neat picture, after it had set up in the fridge: 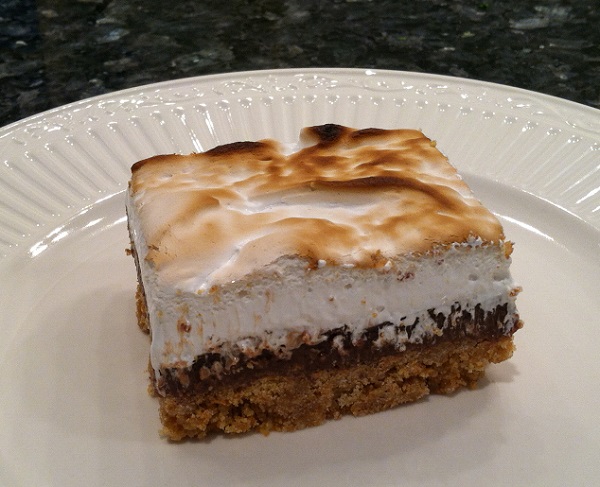 But it is really not that great cold.  Popped it into the microwave and it was gooey, melty and sublime again.

Later that night, a beautiful sky behind us: 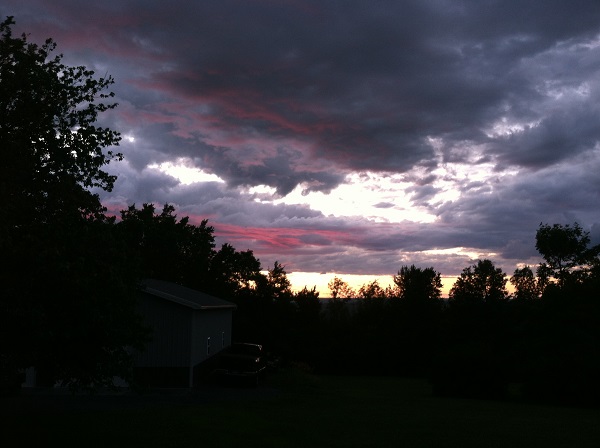 ….while we watched our neighbor’s fireworks from our deck: 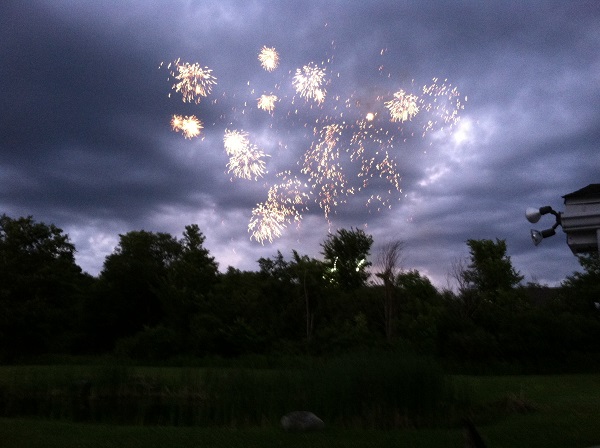