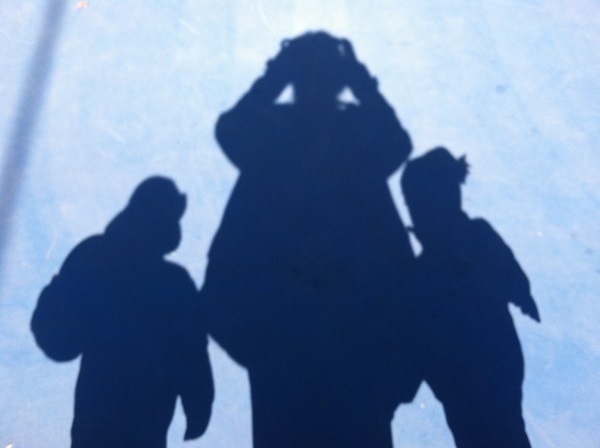 Oh my gosh – I think Spring is finally here!  How do I know?  For one thing, our pond finally un-froze two days ago: 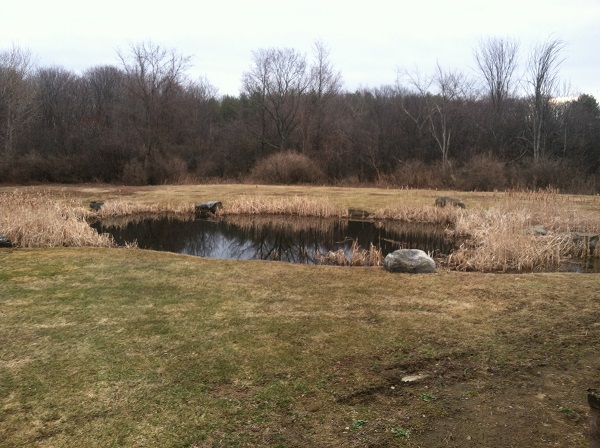 And yesterday morning, I did my yearly wake-up-at-6:30-am-to-the-loud-sound-of-two-Canada-geese-honking-and-landing-in-our-pond-then-run-out-in-the-backyard-in-my-bright-pink-robe-waving-my-arms-and-shooshing-them-away ritual.  The mallard couple I look forward to seeing.  Huge, annoying, Canada geese? Not so much.

The snow is almost gone: 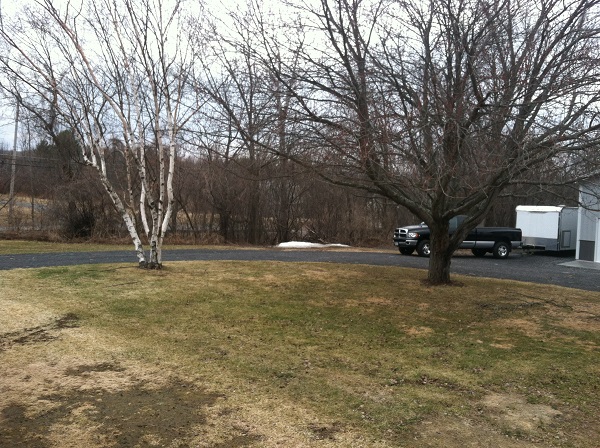 And I got to go outside with the doodlebugs several times to run on the basketball court, wave to our shadows and go on the swings and slide: 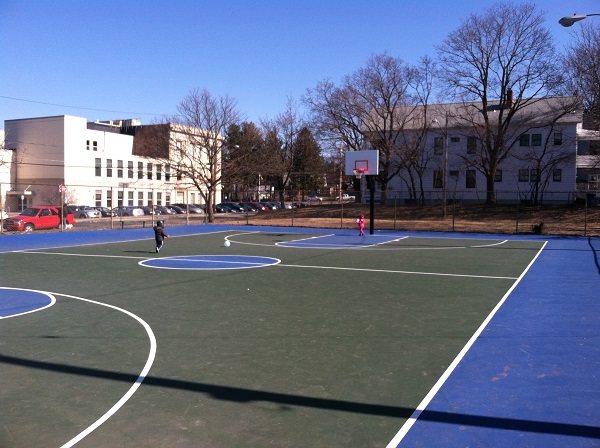 And this weekend it is supposed to be near 70 degrees which is so welcome after the cold!

How about a knitting update?

I knitted like crazy to get that Sprial Shadow Scarf done: 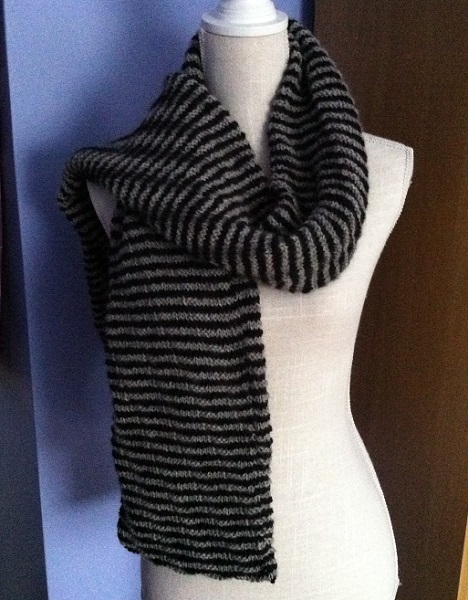 I like it. But it is VERY heavy.  Fourteen ounces of yarn.  That is almost a pound and believe it or not, that feels pretty heavy when it’s around your neck.  It will keep someone very warm.  I’m not sure that it will be me.

I like the pattern but knitting 880 yards of yarn, in order to get the most out of the yarn, got incredibly BORING.  It came down to the challenge of not giving up because it was boring and knitting like crazy to just. get. it. done.  It ended up being 64″ long and here is what was left: 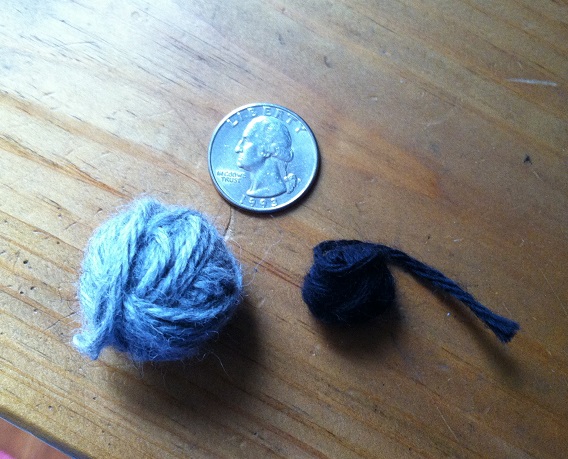 A lot of that knitting-to-get-it-done was because of having it as a sample for a class.  However.  I think I’ve decided NOT to teach it as a class.  Here is why:  1) With the number of stitches the pattern says to cast on, one could not use a 16″ circular needle to knit it.  And I do not think many will want to knit a very long, heavy scarf using double pointed needles. I certainly wouldn’t.  (I had cast on many more stitches because I wanted the scarf wider, so it wasn’t a problem for me.)  2) Because of this, I would have to figure out the minimum number of stitches needed to cast on, and then try to estimate how much yarn would be needed, which is hard to do when I haven’t knitted that size. (and I am NOT knitting another…) 3) And if I did make those modifications, I don’t want to have someone purchase a pattern that they mostly won’t be following, except for a chart.  So, the plans for that class have mostly been scrapped.

So, now that the scarf class is scrapped, I’ve been knitting like crazy on the Vine Lace Vest for another class: 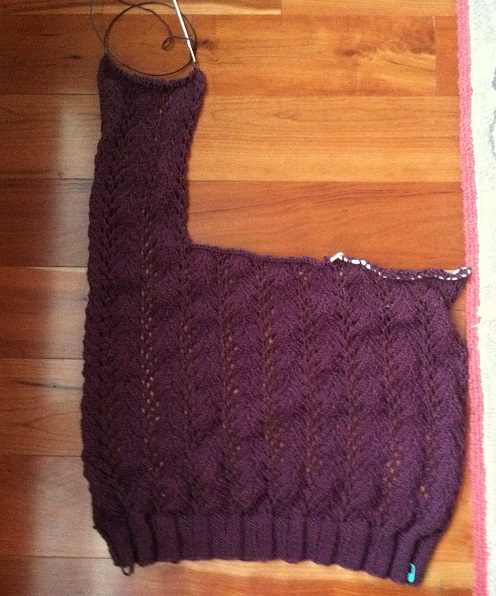 It is going very quickly.  That is the back and part of the left front.  I had a little snafoo trying to get the lace pattern correct after binding off for the neck, but now I’m flying along again.  Hoping to finish this very soon so I can get started knitting with this: 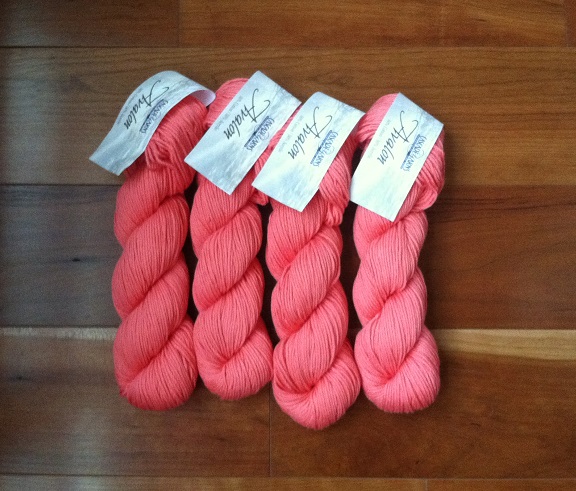 A new cotton/acrylic blend called Avalon that just came in to The Spinning Room.  Lots of beautiful colors and a great yarn for springy/summery things.   Unfortunately this yarn is for a stealth project that I can’t tell you about.

That’s it for today.  Next time, I’ll tell you about the yummy things I made in the kitchen recently….

A Knitting Class on ZOOM??