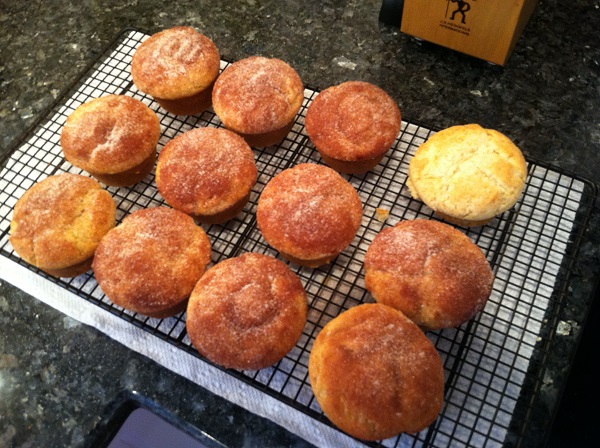 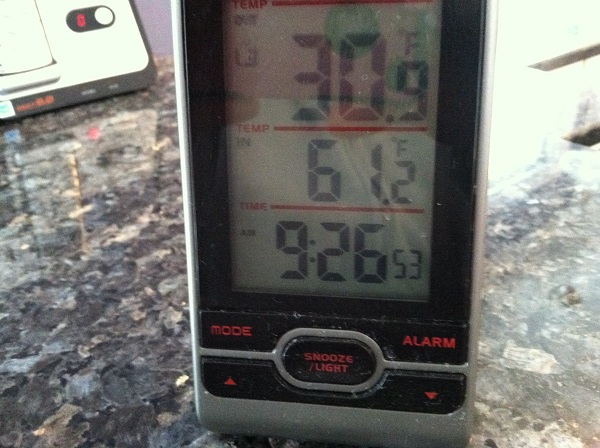 I know.  I’m a weirdo.  But then I forgot to get a picture of the date on a computer screen to put next to it.  So, really, the effect is lost.

A lot of people were making pie on pi day.  I made Doughnut Muffins. 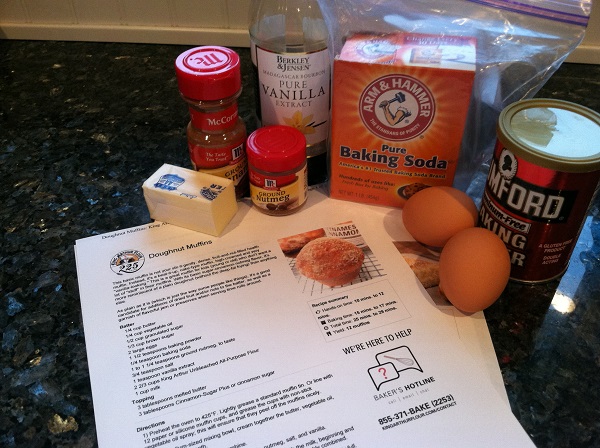 I just happened to have everything I needed so it was fate.  But, I forgot the nutmeg until I was almost ready to put the batter in the pans: 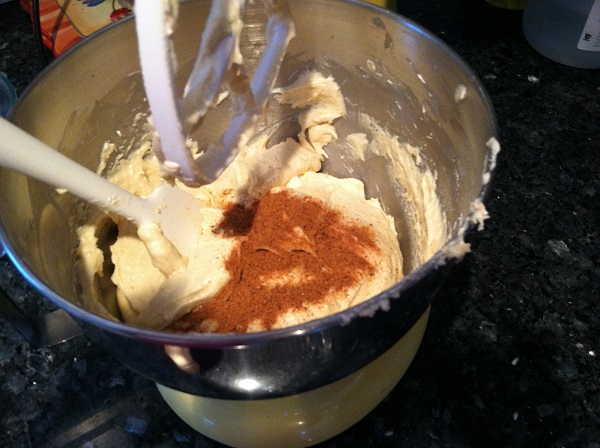 Close one.  Then, into the oven: 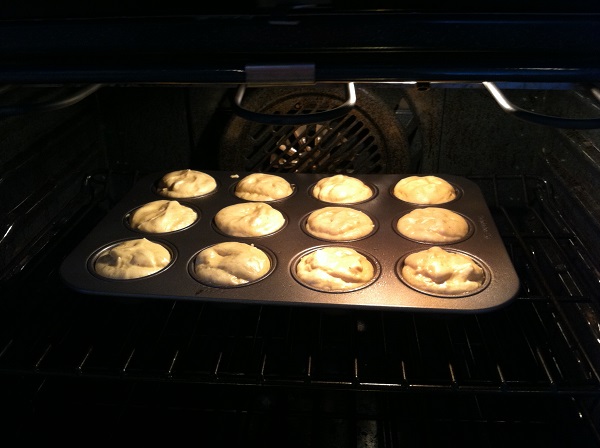 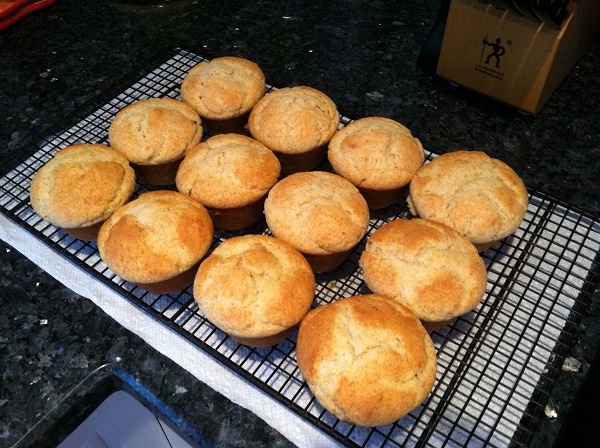 Then dip the tops in butter and roll them in cinnamon-sugar: 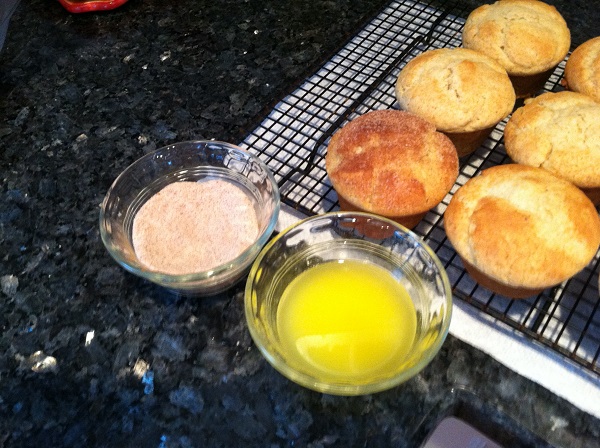 Oh. My. Gosh. So. Delicious! Tastes just like a doughnut.  They were moist and nutmeg-y and a little crunchy from the sugar and just wonderful.  They are so, so, so, so easy and you MUST try them.

When I first saw this recipe, I immediately thought of the Dirt Bombs that are sold at the Cottage St. Bakery in Orleans, Mass (Cape Cod).  However, they dip the whole muffin in the butter and pack on the cinnamon-sugar.  Definitely more rich and indulgent.  The ones I made were excellent and I don’t think I would dip the whole muffin.

Other Pi Day activities included a trip to The Spinning Room to participate in the knit-a-long for the Age of Brass and Steam Kercheif.  I started it on Saturday and finished it this morning! 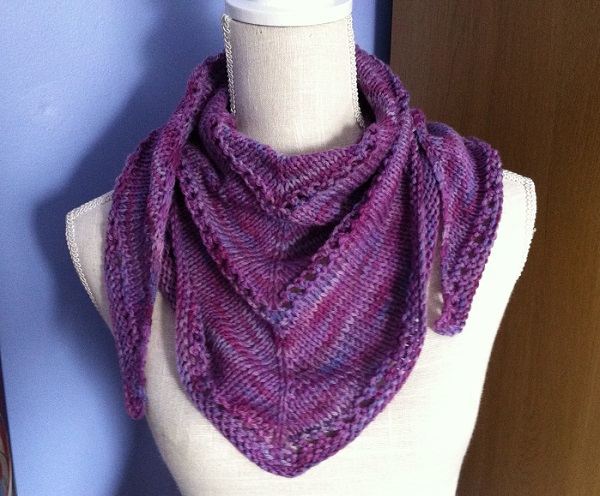 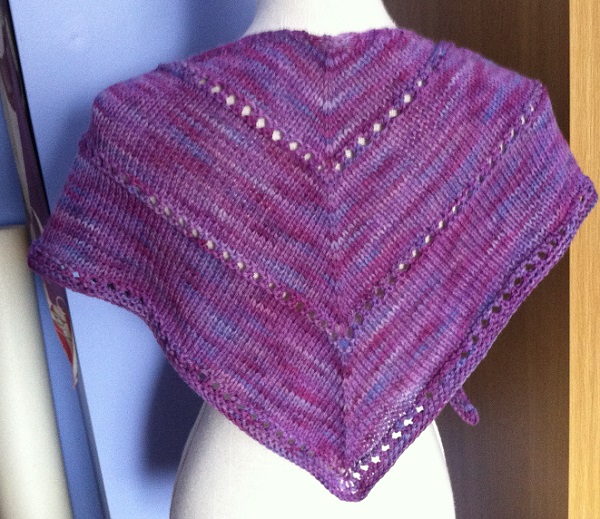 Paul and I also babysat the doodlebugs on Saturday night so their parents could have a date night.  After they went to bed I finished the buttonbands on my Tea Leaves Cardigan!  Hooray!  Cause for celebration, right?  Not so fast…. 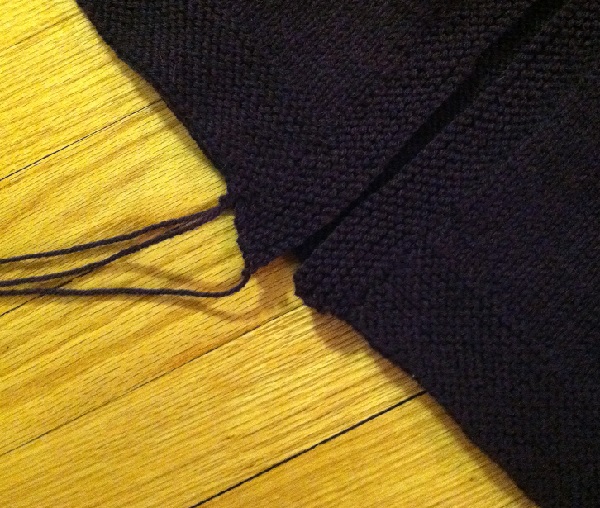 Those buttonbands are drooping off the bottom edge.  Not good.  And you know what???  This totally could have been avoided if  A) I had read the instructions thoroughly before starting and B) when I actually saw the correct instruction after 4 rows of the first buttonband, I had not ignored them, thinking it would still be fine.

I was supposed to switch to a smaller needle for the buttonbands.  When I realized that I had not done that (after 4 of the 8 rows for the buttonband), I rationalized the whole thing away, thinking using the larger needle, a mere .5 mm larger, would not make a big difference at all.  So, I kept going.  And then, after finishing the first buttonband, I didn’t even check to see how it looked.  (What the heck????) So convinced was I that this simply would not matter at all, I just moved right on to the second buttonband, bound off, and tried it on.  It looked terrible.  I showed it to Paul and told him I just didn’t think the .5mm difference in needle size would have mattered.  He asked how many stitches I had to knit and I told him 126 and he did some quick math (something having to do with the diameter being .5mm difference but the actually stitch would make a .25mm difference, multiplied by 126 stitches) and he said it could have made a difference of about an inch, which is about how much those bands were drooping. 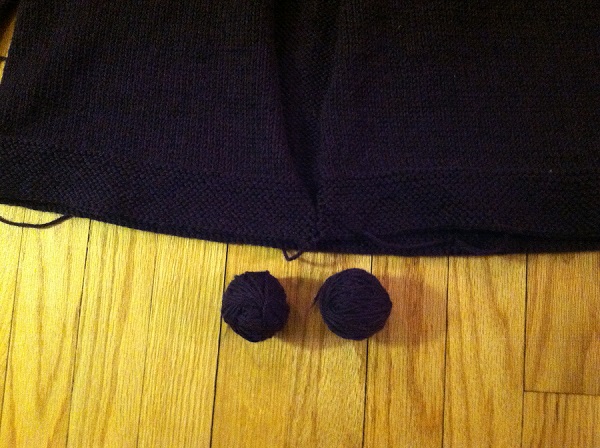 I re-knit them the next day with the smaller needle: 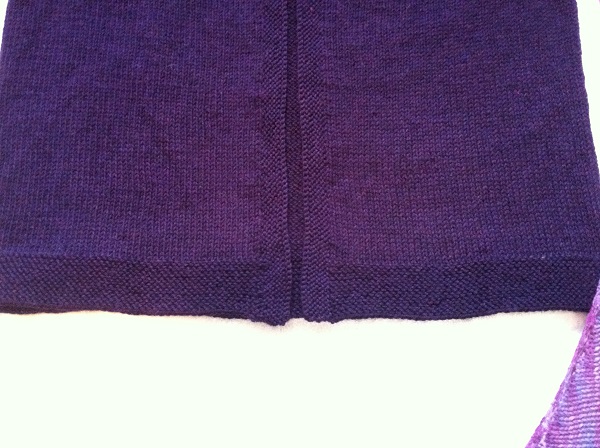 So much better.  And now my Tea Leaves cardigan is done! 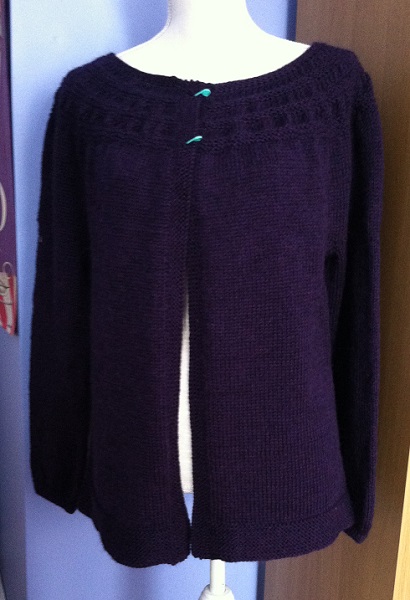 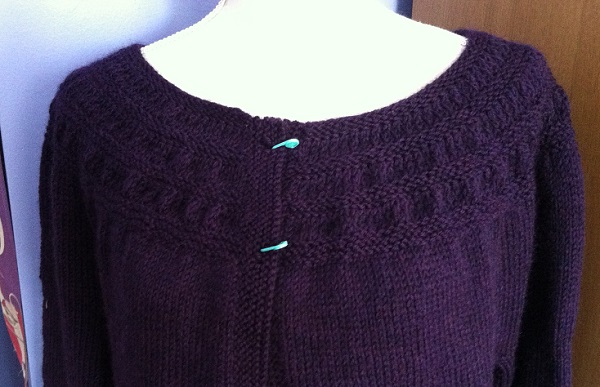 ….except for buttons. Ugh.