Not to drag out my birthday day or anything, but I had to show you this card I received from my sister-in-law, brother-in-law and niece: 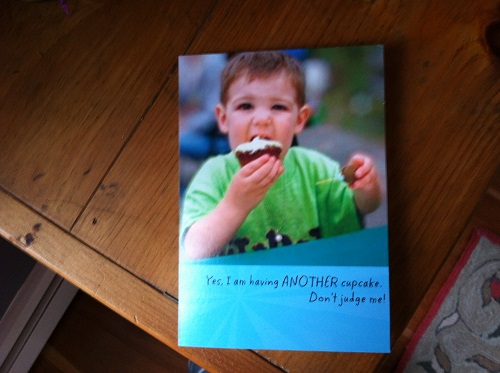 They totally get me.

I’ve been spinning up a storm and finishing up a storm.  Here is two ounces of the Jacob roving I bought at Rhinebeck: 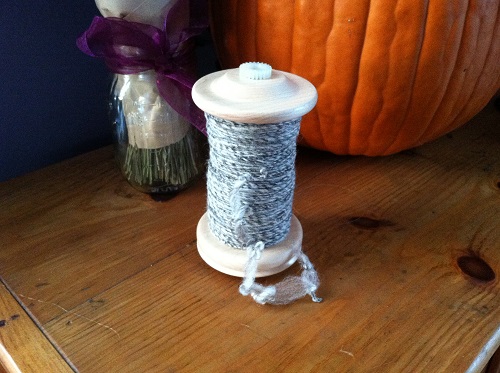 Waiting for me to spin the other two ounces.  Let me clarify.  I have two ounces left. I, in my infinite wisdom, and apparently not learning anything from my past mistakes of needing to know how much roving weighs before you spin it (anyone remember the lets-spin-something-to-enter-in-the-fair-only-to-have-it-be-two-yards-and-point-two-ounces-short debacle?)…. started spinning this without weighing it.  I was so excited to try out my woolee winder that I just forgot.   Of course, once the novelty of the woolee winder wore off, i realized that I needed to have split this roving in half so I can ply it.  It came with a label saying it was 4 ounces, but sometimes there is a little more, sometimes a little less and it helps to know exactly what you have so you can make the most of your plying.  Guessing that I shouldn’t “eyeball it”, which I have also been known to do, I got out the scale and weighed the remainder of the roving until there was two ounces left.  Crisis somewhat averted.  Maybe next time I’ll get it right.  They say third time’s a charm.

And speaking of Jacob sheep, have you ever heard of them?  They are a rare, heirloom breed of sheep. I think they are cool, because they are so different from other sheep.  They have four horns and are black and white or brown and white, hence why my yarn looks like that.  Here is a pic from Google: 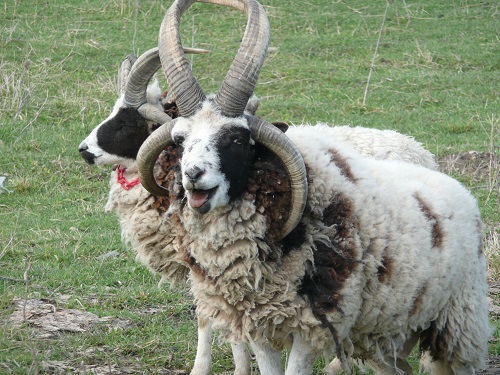 Yes, those are sheep. 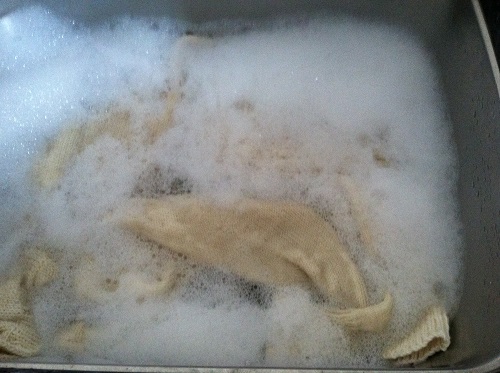 Sorry – that’s all you get!  It’s drying right now and I’ll get some good pictures of the totally and completely finished sweater.  Disclaimer:  I will be calling it “totally and completely finished” even though it will not have any buttons on it.  I haven’t found any yet, and even if I had found some, let’s face it, they wouldn’t be put on there any time soon.  But I’ll still wear it.

And I am one short sleeve away from being done, Done, DONE with my Ecuador sweater.  That one will be a pain in the tookus to block (the pattern says so – not in so many words) but I can’t wait for it to be done!

I leave you today with a beautiful morning-sky-over-the-pond pic and a beautiful tree-we-saw-on-our-walk-today pic: 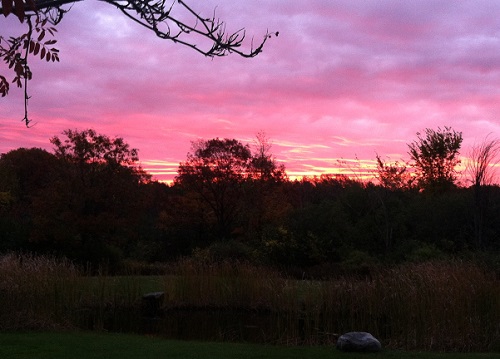 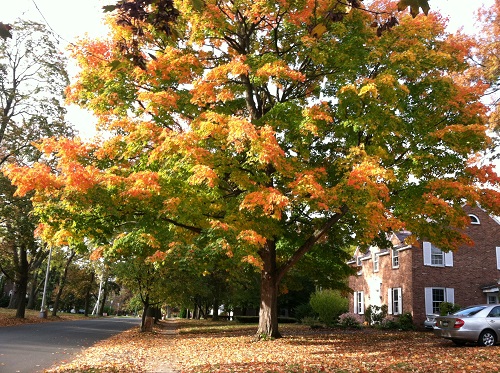 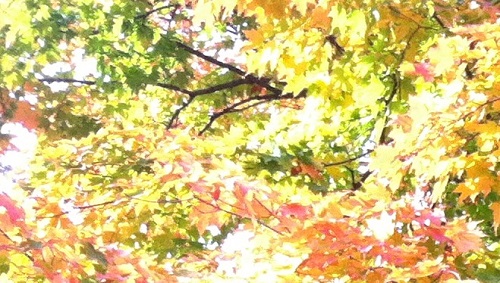 2 thoughts on “Past Mistakes = Present Mistakes”