I am a finishing mad woman. 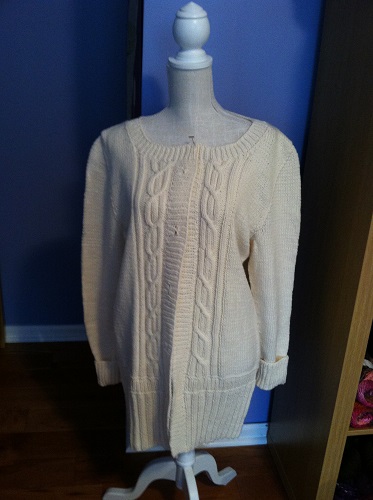 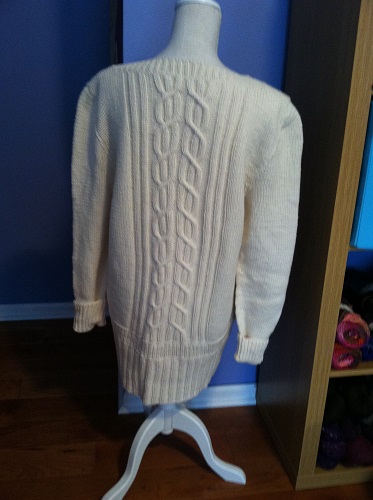 Buttons found but not sewn on: 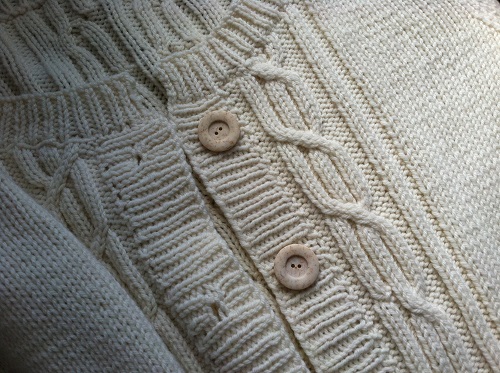 And here is a peek at my hurry-up-and-finish-drying-because-I’m-so-impatient technique: 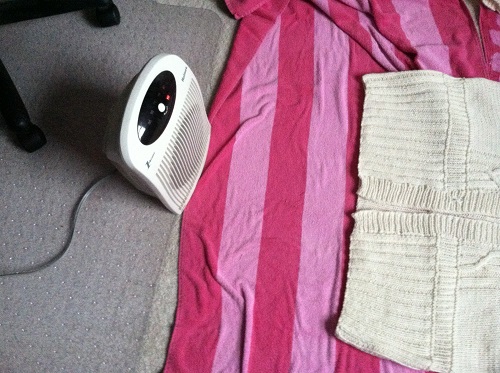 Portable heater set on high with the office door closed.  Works like  charm. 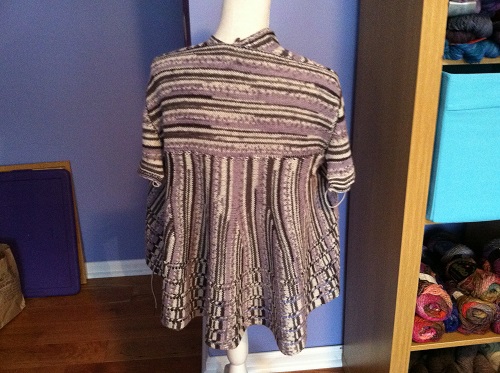 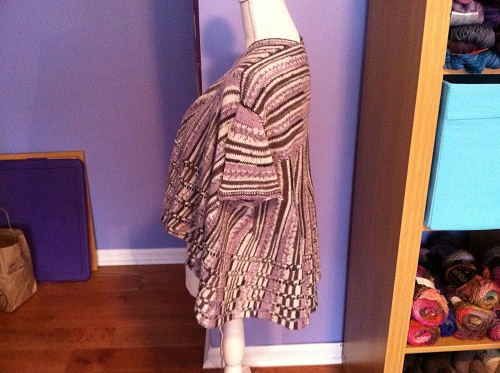 Ends not woven in.  I think I said before that I was regretting my yarn choice.  Now that it is done, I’m really regretting it.  I don’t really like it. I  like the construction of the piece, just not all those stripes.  I feel like when I wear it, it will scream, “Look at my sweater!!”  And I’m just not that kind of sweater-wearer.  Also, the front needs better blocking.  As I got to the end of the pattern and looked at the instructions for blocking, it said that it was really hard to block and it might need to be done several times to get it to look how you want.  Hmmmm.  Another lesson in “read the pattern the entire way through before you start.”  Although, that probably wouldn’t have stopped me.  If I wasn’t so impatient to knit all the other things in the world, I’d knit this again in a solid/semi-solid.  Maybe someday. 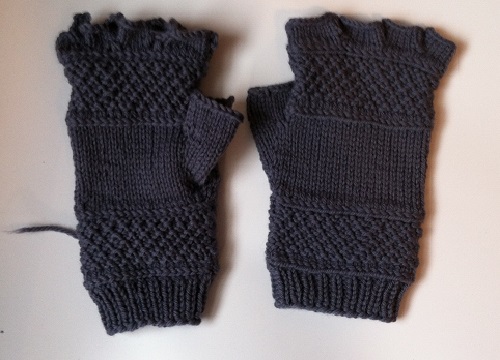 I showed you the one on the right already, when I finished it to have ready for class.  Then I forgot to take pictures during both sessions of the class so you could see the pretty colors other people were knitting them in.  So, here is the finished pair, the left one not blocked and with lots of ends to weave in.  Are you seeing a pattern here?  One involving non-woven in ends?  And un-sewn on buttons? Ugh.  Maybe if I just do them all at once, in front of the tv tonight after I go to a Pampered Chef party… 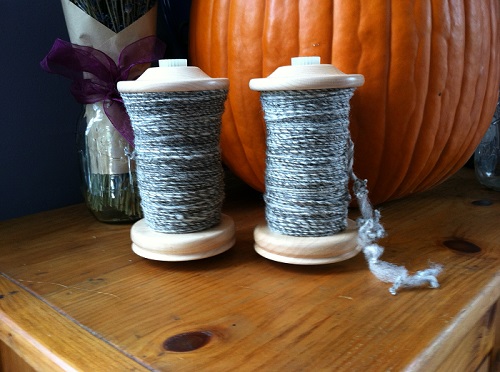 That left bobbin looks uneven because i had a WooLee Winder fit issue that has since been resolved.  And involved my being too impatient to make sure it fit properly in the first place.  Impatience is clearly an issue for me in case you hadn’t noticed.  Now they have to rest for a day before I can ply them, so stay tuned.

Cement floor on the pole building done! (pretty much): 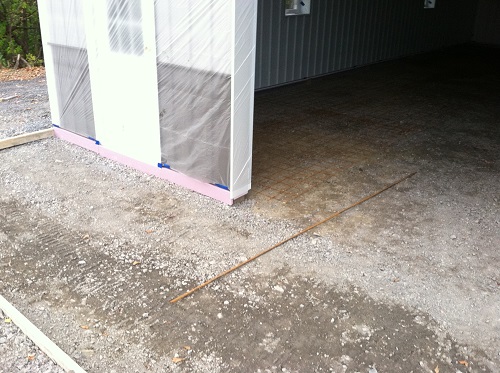 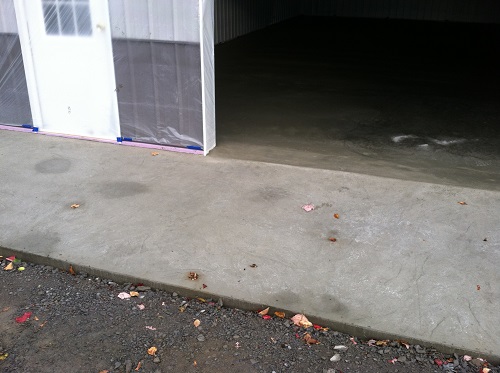 They just need to come back and cut the expansion joints.  Bring on the garage. We’re almost done Done DONE with this.

It feels so good to be getting things finished.  Sometimes so many projects in progress makes you feel bogged down, like you aren’t getting anything done even though you are working on everything.  I’m moving on to my Umaro blanket that has been in progress since November 2011 and not worked on since a couple of months after that: 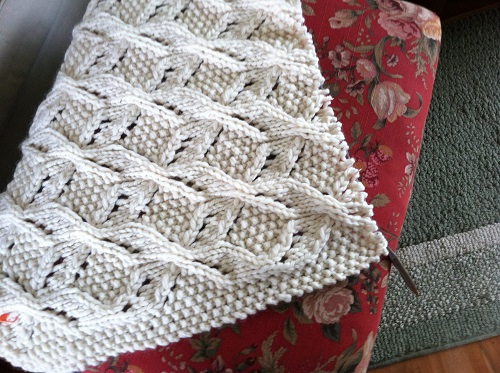 It is about 1/3 finished.  Then I can start the crocheted ripple afghan that I’m dying to start.  Pattern will be from the tutorial on the Attic 24 blog.  (Love her stuff.) I thought having three afghans going at one time (including my Great American Afghan that’s pieced, and been in progress for a while…) would be ridiculous.  Of course, that’s all relative.  Three afghans…eighty other projects in progress…. we’ve got to draw the line somewhere, right?