I’ve been knitting socks for a while now.  I learned in 2008, right after I purchased the yarn shop.  I didn’t like it at first.  I thought it was fiddly, especially the picking up of stitches for the gusset and doing the gusset and it took a loooooong time to knit one.  Never mind two, which you need in order to wear them.

But then, I really started to like it.  I got used to the fiddly bits.  I learned to make both socks at the same time so I wouldn’t get Second Sock Syndrome: Finishing the first sock and then not wanting to do the second sock because it feels like you have already finished since you bound off for the first sock; plus you have to knit something that is exactly the same as the first one you knit and how boring is that?  I learned they are very portable so they are great to take in the car or to places like waiting rooms.  So now, I knit socks all the time. I usually have at least one pair always on the needles and pick it up in between other projects or, as mentioned before, when I need something portable.  And I’ve developed quite a collection of socks.  Here are some of them: 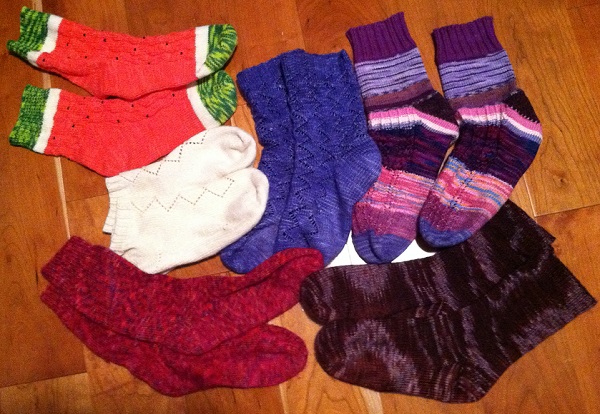 So, having all these wool socks and wearing them for all these years, this was bound to happen: 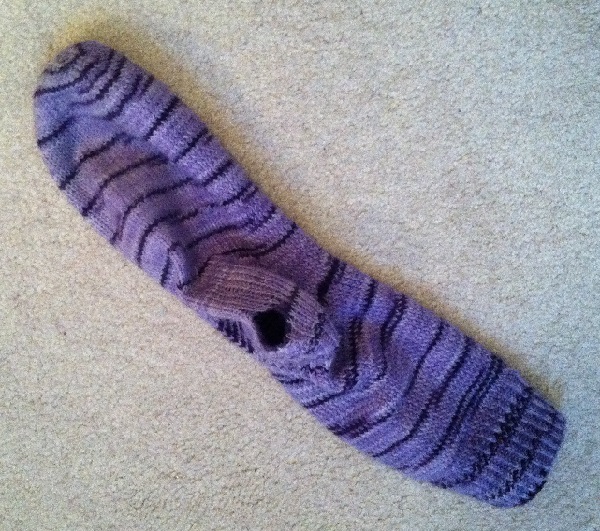 There, in the middle of the sock, is a HUGE gaping hole on the bottom of the heel.  Wore right through.  This is the first time in these 7 years that I’ve worn a hole in a sock.  What does one do with a hole in the heel of their sock?  Darn it!  There is a whole method to darning socks, and there is even a tool (a darning egg) to use to help you with it.  I’ve even used the method to repair the worn out heel of Paul’s felted slippers: 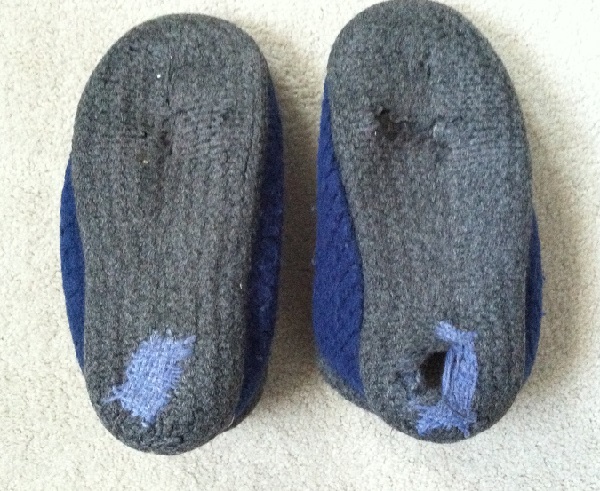 And so, I subscribe to the Yarn Harlot‘s method of darning socks: 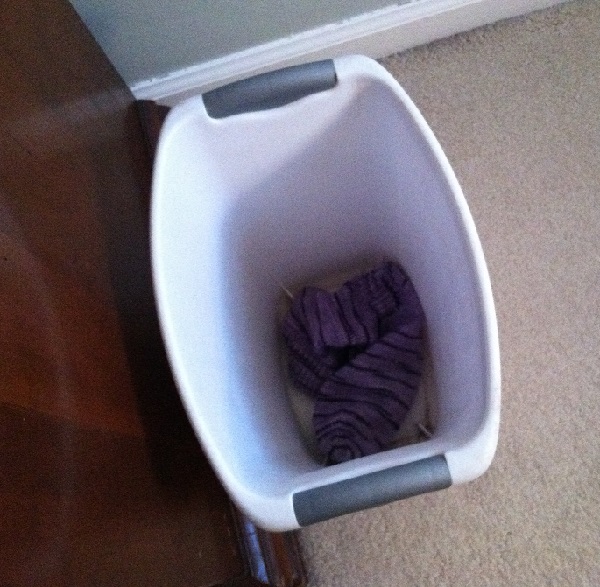 Hold them over the garbage can, proclaim loudly, “Darn it!” and release.

I’m sure there are some gasps out there.  How could I just throw them away?  What about the other one?  Those are handmade!! I look at it this way: I have so much sock yarn in my stash (SO. MUCH.) that I will never run out of yarn to knit socks with.  And I will keep knitting socks and there is only so much room in my dresser to hold said socks, and I’ve clearly loved a hole right into these socks, so IT’S OKAY. Really. It is.

8 comments on “It Was Bound to Happen”