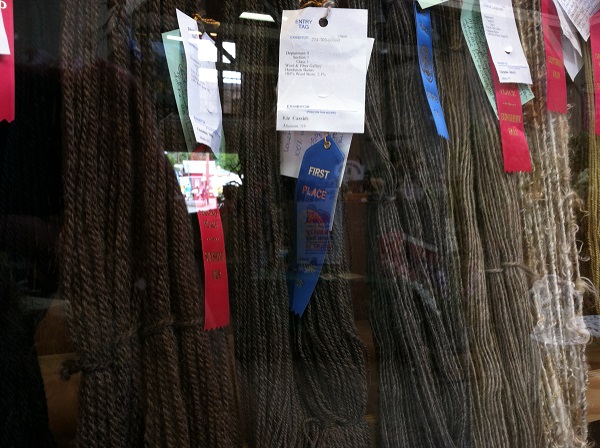 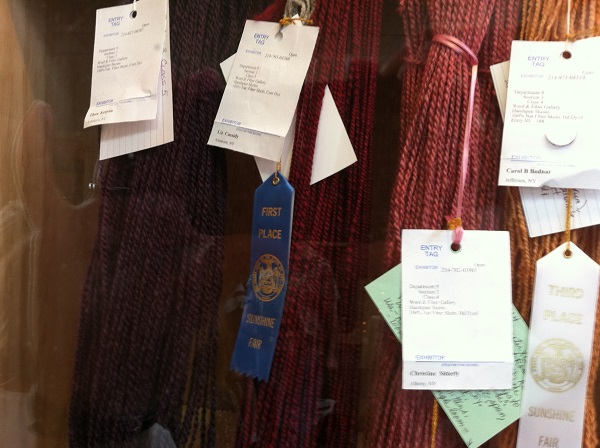 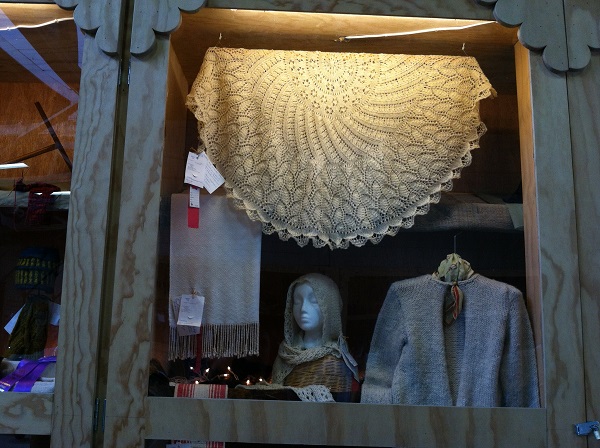 Those would be my ribbons at the Cobelskill Sunshine Fair!  On the top is a first place in the natural colored wool class.  In the middle is a first place in the commercially dyed wool/wool blend class.  On the bottom is a second place for large knitted wool item class.  It was so exciting to see my stuff in the case with those ribbons and I was really happy with how well my items did. 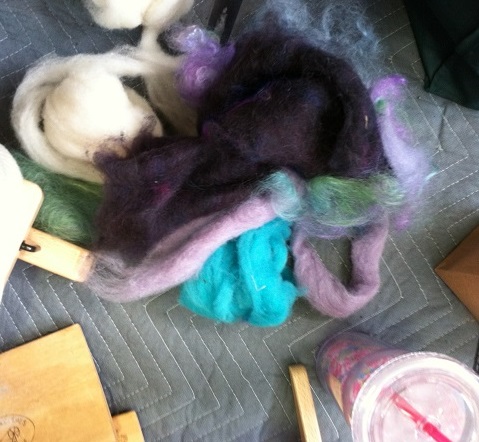 I was dying to add beads but I couldn’t for the life of me figure out how to do that.

Then the time started and I panicked a teeny tiny bit because I have never added anything to fiber I was spinning.   We were told to bring hand cards, which are big brushes that look like dog brushes and used to blend fibers.  I borrowed some but had never used them but had looked at a video and realized that it would take way too long to do that.  So I looked around at what others were doing and decided to just wing it.  I took bits of my various pantry ingredients, random colors and random amounts, pulled them out very thin and wispy, and put them on top of my Dorset wool and spun them together.  Here is what I got: 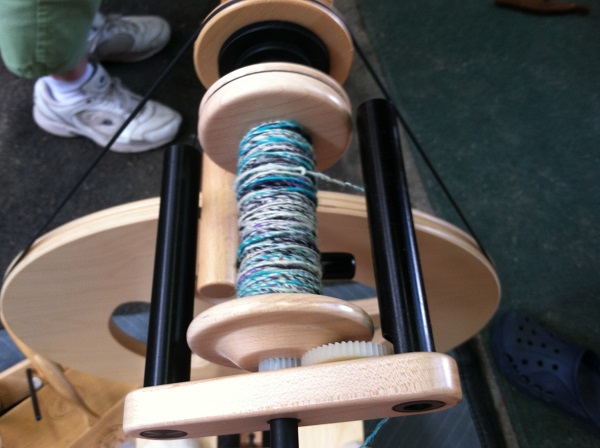 Then, that was taking me forever, so after I had done about half of the Dorset with this method, I changed bobbins and just spun my second ply with the plain Dorset wool.  Then, there were 25 minutes left and I frantically plied them together and put them on my niddy noddy (that pvc pipe thing which Paul helped me construct, used to make your yarn into a skein): 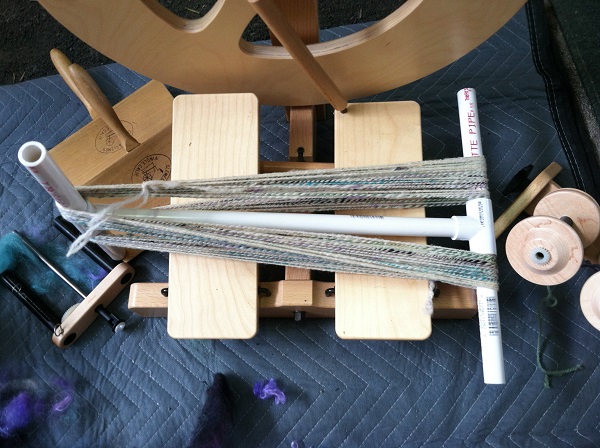 Whew!  It was a tiny bit exhausting.  But, I sat next to a very nice woman named June with whom I chatted and she kept everything light and funny.  She was so prepared and brought a table for all her things (which I wished I had done) and a scale (which I also wish I had done since I just guessed how much half my wool was and my plies were pretty uneven in length)  and a cowbell for ringing whenever they announced how much time was left (which I didn’t really wish I had done since one was enough – but so funny!).

In then end, here are all the skeins:

Mine is third from the left.  We had to name our skeins and I named mine “Why Did I Wear a Black Shirt to This Competition?”: 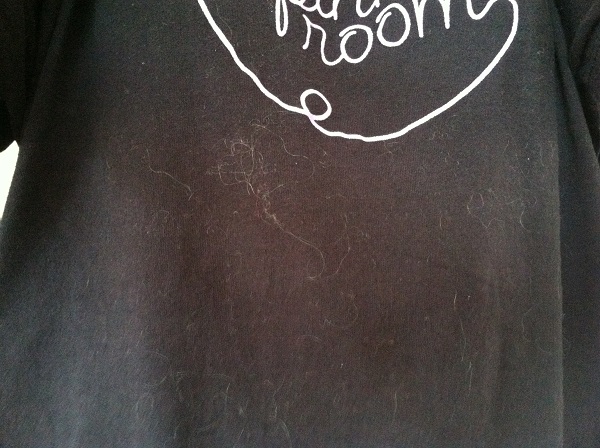 All that wool and mohair and silk from my pantry ingredients gets everywhere when you are fiddling with it.

In the end, guess what I got?: 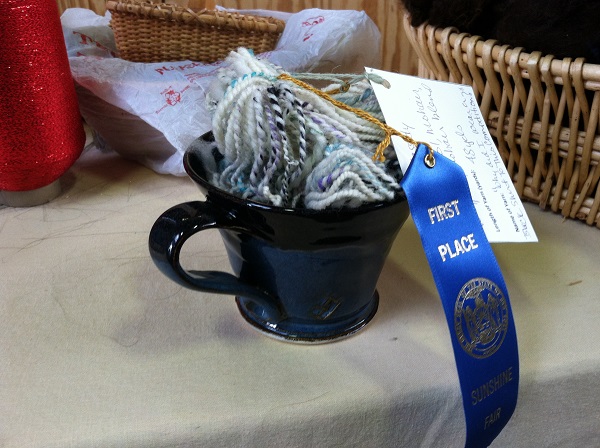 To clarify, EVERYONE got a first place ribbon for participating.  But I did get an honorable mention and won that beautiful pottery mug (for my tea!).  Really, the point of the whole “competition” was to have fun and it really was.  Next year, it will be more fun for me now that I know what to expect, and now that I know to bring a table and a scale and not wear a black shirt.  And figure out how to add beads.