We were so sick of being stuck inside by the cold that we decided to stick ourselves in the car for a ride to Lake George last weekend.  We had a great dinner: 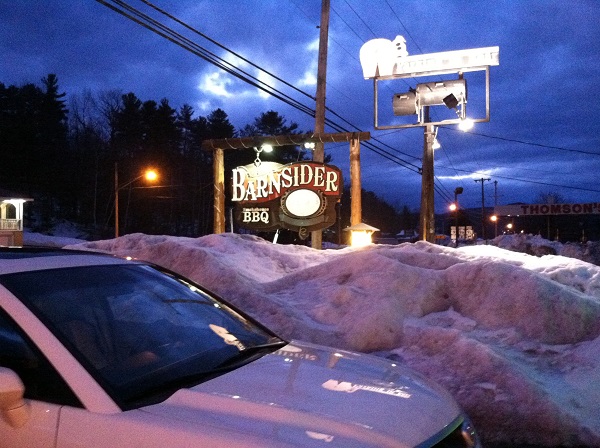 Then went to look at the still-so-frozen-that-people-were-snow-mobiling-on-it lake: 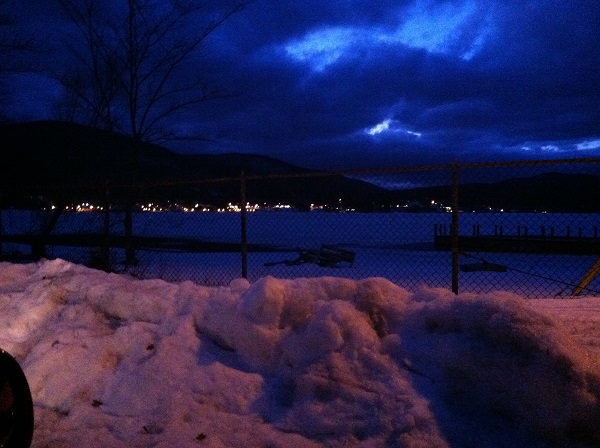 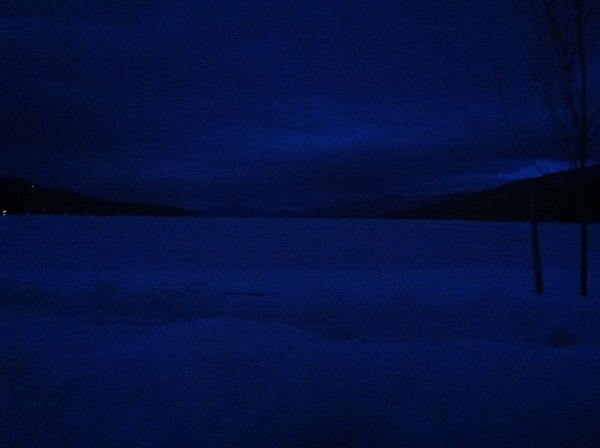 And then, because Martha’s Dandee Crème opened that day, and it IS supposed to be Spring and getting warm, we decided to try and force the issue by getting an ice cream cone.  It was 35 degrees.  And this is what we encountered: 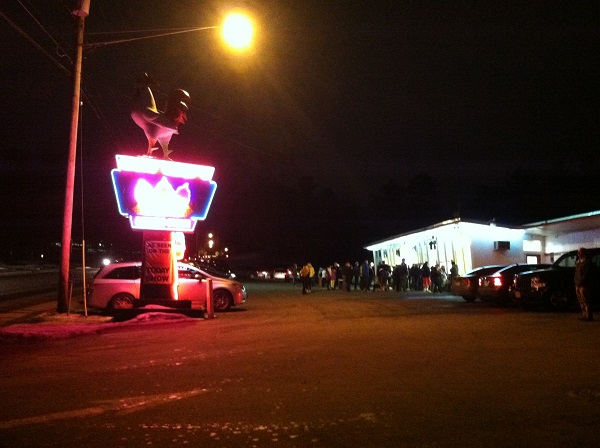 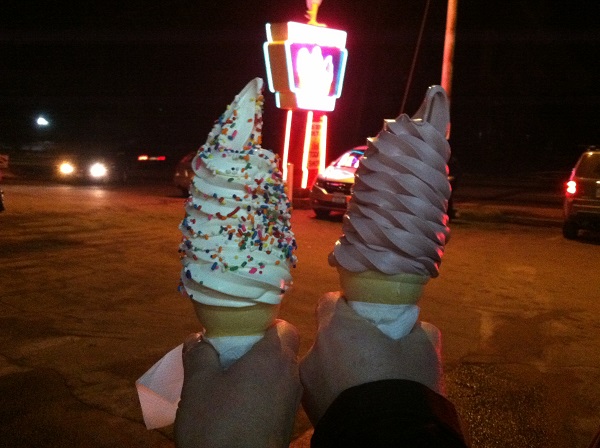 How about some knitting?

Remember that cool Pieces of Eight mitts pattern I showed you in the last post?  It was definitely challenging, needing double pointed needles and a circular needle at the same time.

Here is my first mitt: 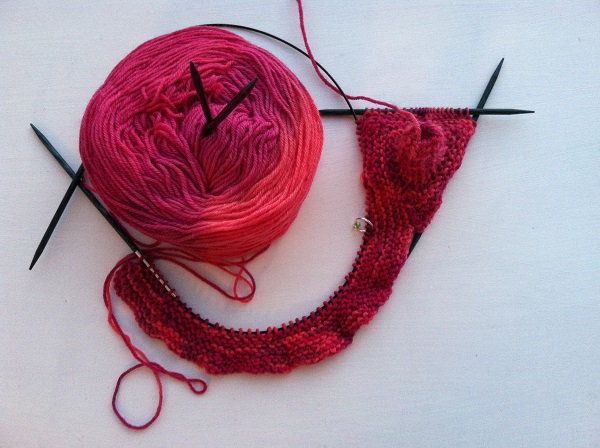 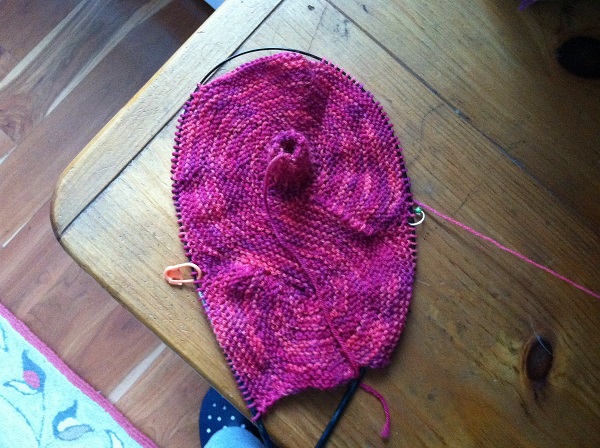 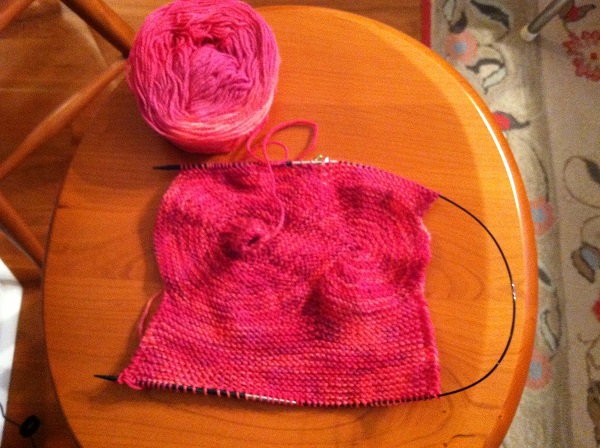 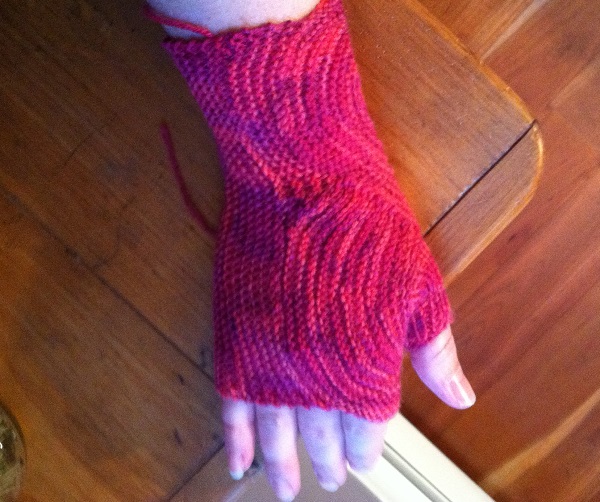 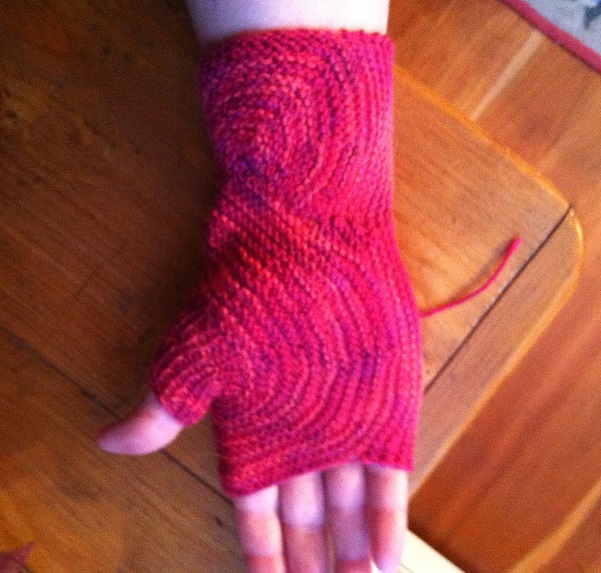 Sorry – the pictures could be better.  But this was so fun, because it was so challenging.   This is one of those patterns where you wonder how in the world the designer figured out how to make this.  This will be an upcoming class at The Spinning Room!  Speaking of The Spinning Room, did I tell you that I’ve got another part-time gig?  I’m working there as a shop girl now!  Just a few hours a week.  Yay!

I also started the Shadow Spiral Scarf and am about halfway done.  This is the coolest thing.  It’s a striped scarf: 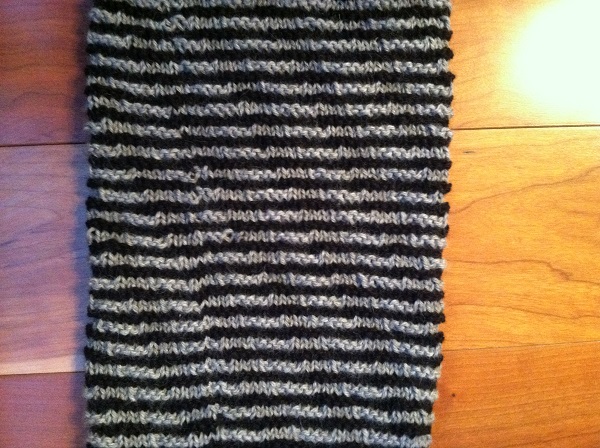 But…. when you look at it another way, it’s got a spiral in it: 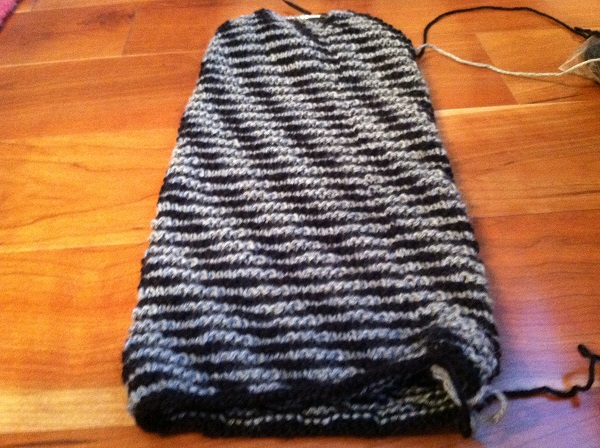 And I’ve got another project in the wings for a summer, short sleeve cardi-with-no-buttons thing…. stay tuned for that.

But first, I’m off to work on my other part-time gig:  Mending a scarf and an afghan and finishing (seaming) a sweater.  I will be ignoring the large amount of snow still outside my window, hopefully until tomorrow when it is supposed to be 50 degrees and maybe half of it will go away.