I love Swedish Fish.  They are awesome and tasty.

I don’t get them often but on my stroll at lunch today, I went to CVS.  After asking Paul if he wanted anything and getting his usual request of Raisinettes, I saw the Swedish Fish on the shelf. I am trying to eat healthy but I didn’t eat my lunch yet (mistake number one) and I was hungry and they just seemed like the best thing in the world to get and they don’t have any fat in them, right?  I then proceeded to eat 3/4 of the bag while watching/supporting a web-based training my co-worker was doing.  Then I was in a sugar coma and had a headache. 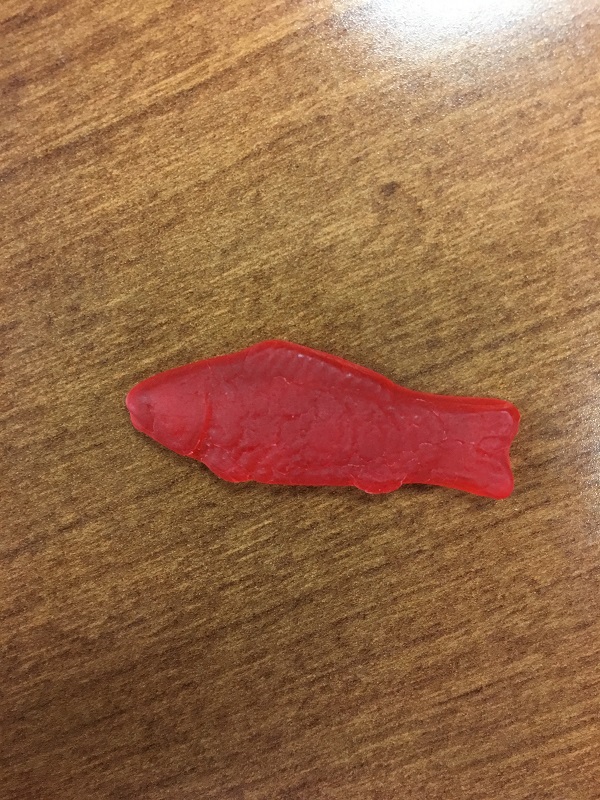 I texted him for two reasons.  One, I was feeling guilty because I’m supposed to be eating healthier and that is just NOT healthy eating and so I felt like I had to come clean to someone.  Two, if I told him I had them, I knew he might like some and seeing how I already ate 3/4 of them, I would then feel obligated to not eat any more so I could bring him some. It worked.  He will have 1/4 bag to eat for dessert tonight.

Other things going on around here involve a lot of knitting!

I taught the beginning of the Fish Lips Kiss Heel sock class recently: 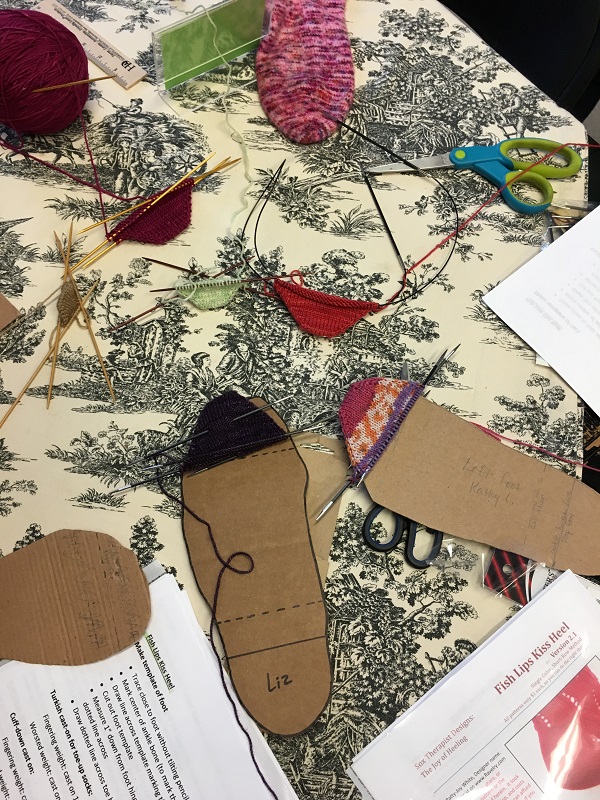 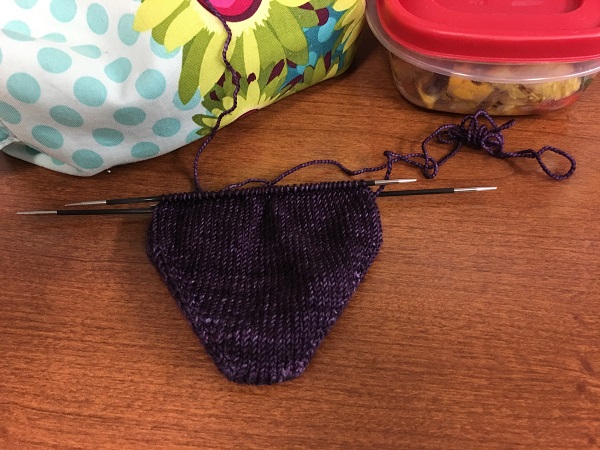 I need about 5 more inches before I’m ready to teach the heel.  And in the meantime, I’ve got other things happening…

Me and a few knitting friends are doing a casual knit-a-long to make the adorable Sam the Ram: 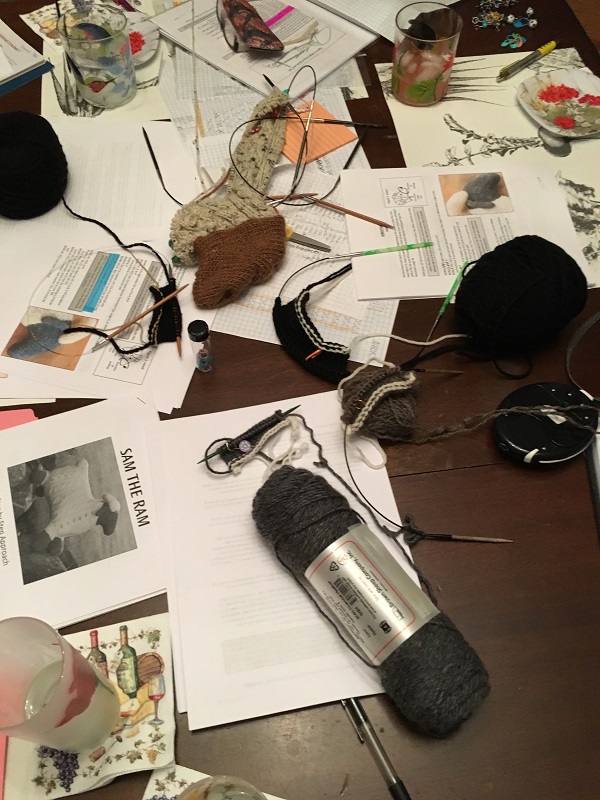 That is my progress so far in the bottom of the picture. Ha! 11 rows.  But I can’t really get going until I’m done with this: 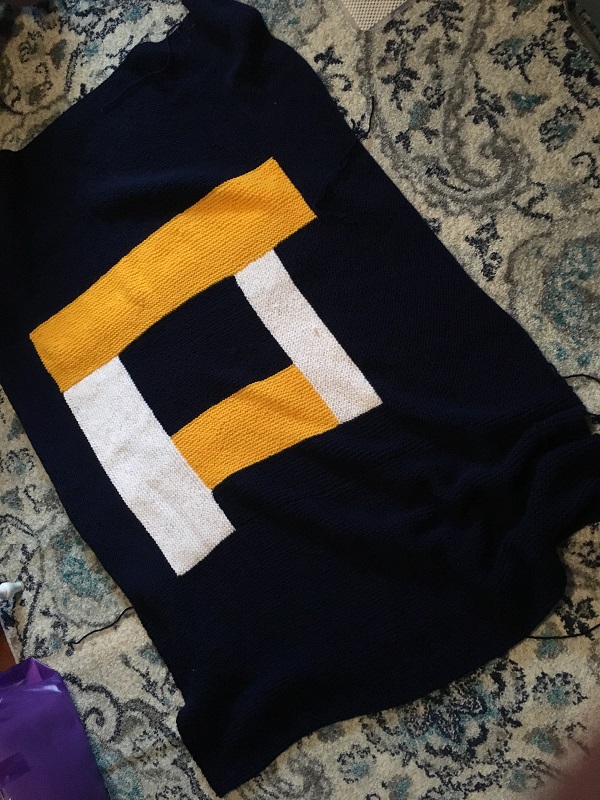 I’ve been going full tilt to get it done before it gets cold.  It was supposed to be done before the start of the first year of college for this guy:

(#12 in the white)… so I’m really late at this point.  It still needs another foot in length and then some colorful border-y parts. If you know him, don’t show this to him.  He basically knows he’s getting it and knows the colors but he doesn’t know what it looks like.  I think he’ll like it! (Those are his school colors.)

Smudge has been trying to help with it: 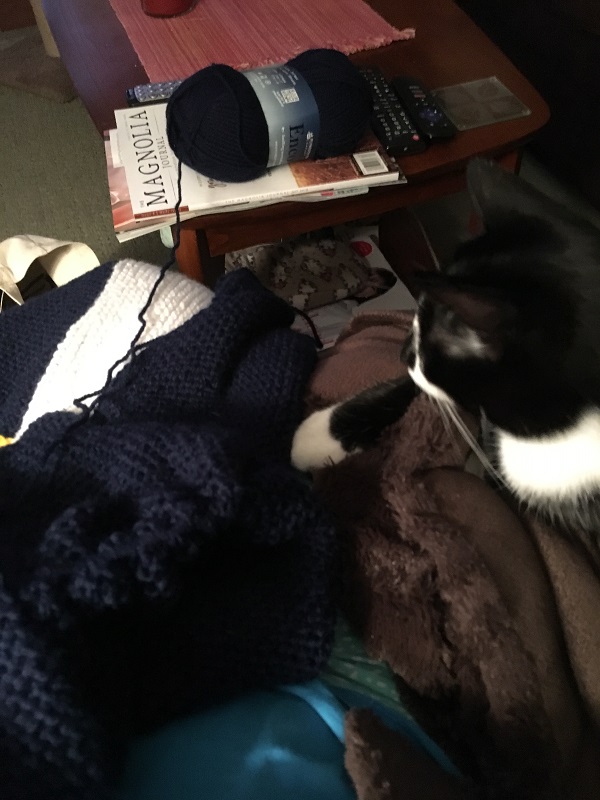 And THEN, these adorable things totally distracted my knit-a-long group: 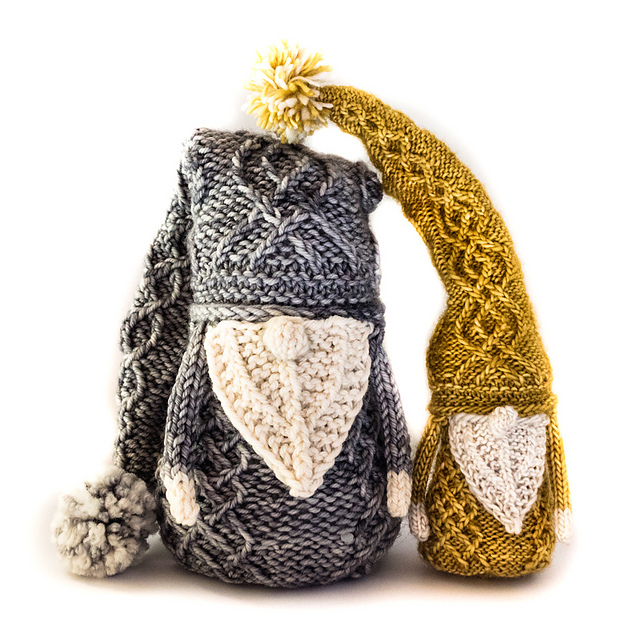 So we are already planning another one.  SO. CUTE!

I think that’s it for knitting.

BUT THEN…. this is also all-things-pumpkin-all-the-time season you know, and I always jump in full throttle.  I have found a couple of new pumpkin-y things to obsess over.

Pumpkin Joe-Joe’s from Trader Joe’s!  OMG. Don’t get these unless you want to go back and get three more boxes. 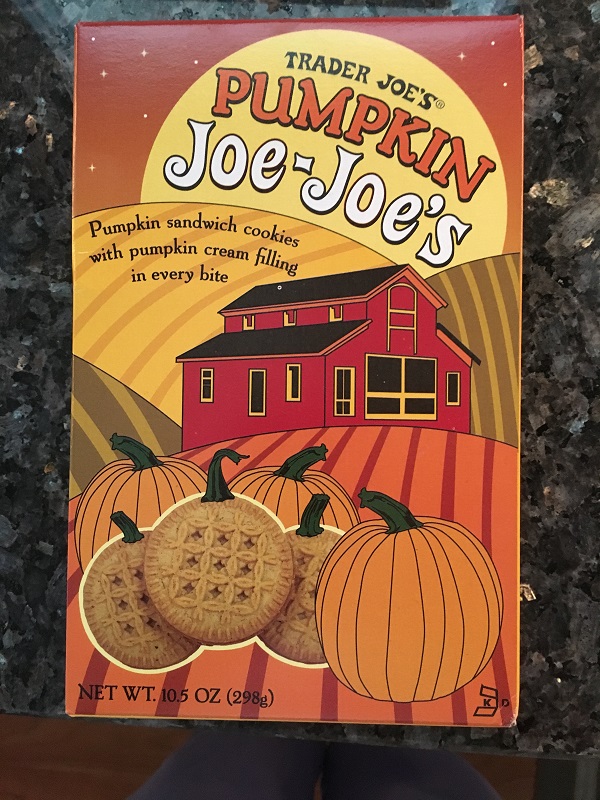 Pumpkin soup – a yummy recipe my friend Pam devised, trying to replicate the one she loves at Panera.  It is excellent! 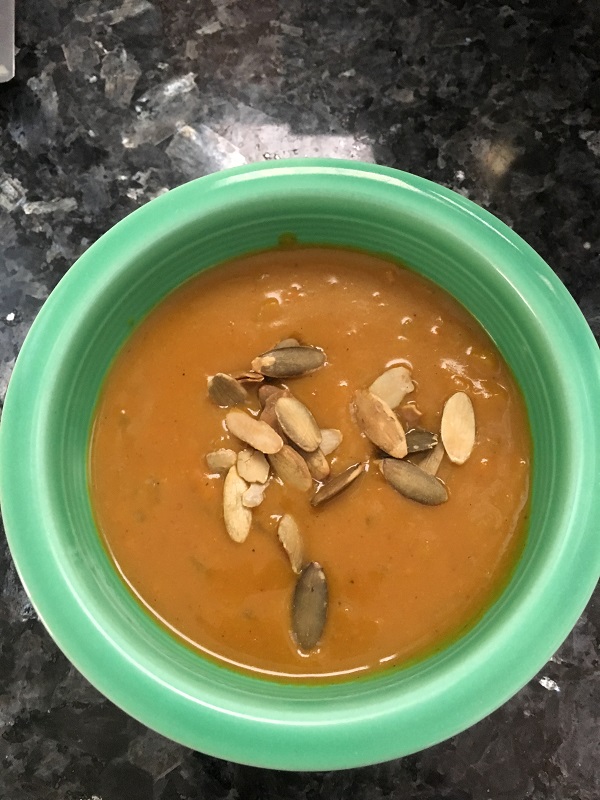 And I’ve had a million iced pumpkin spice lattes from Starbucks.  And once it’s chilly out (some day) I will get the hot ones. I love them so much. Pumpkin bread is in the very near future as well.

And lastly, another picture of Smudge because he is so stinkin’ cute sitting next to my new books: 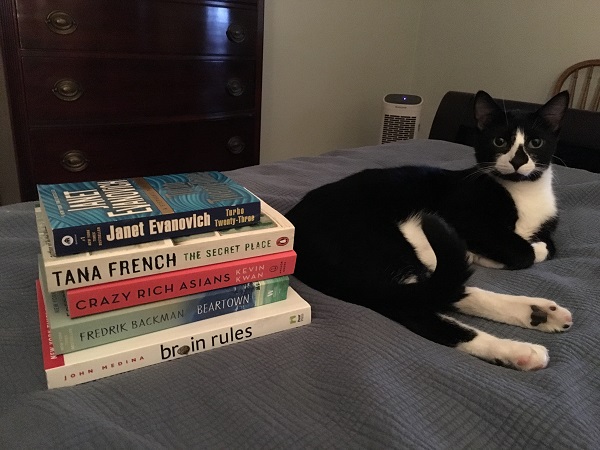 And here is his cousin Nikki because she is stinkin’ cute too: 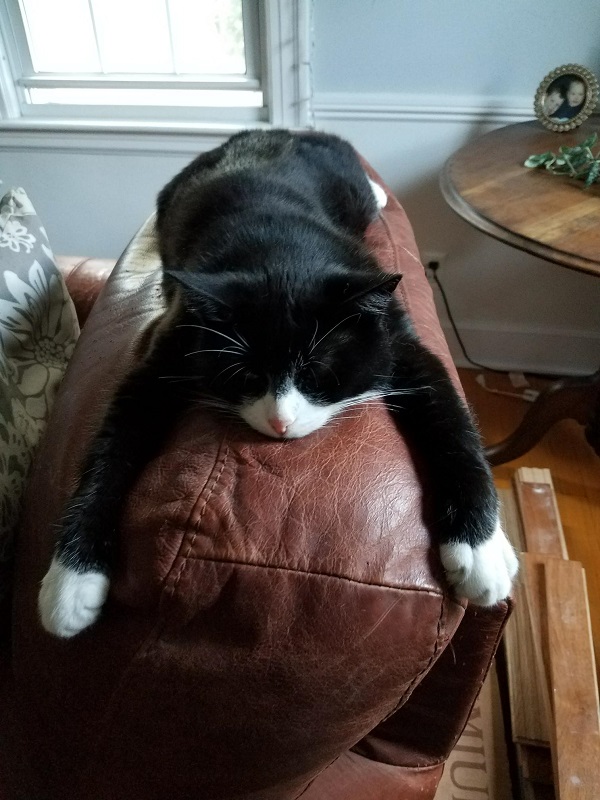 2 thoughts on “Fish and things”