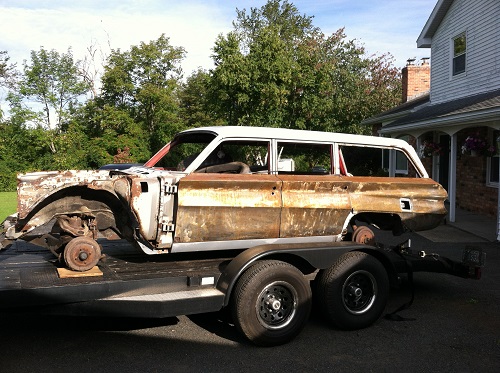 Field Trip to the Junkyard

Today was a big day at our house.  Instead of adding to my husband Paul’s car collection, we actually GOT RID OF ONE!

Paul found this car in 2005, sitting on the side of the road, in the weeds, in front of a car repair shop in Fort Ann, New York as we were driving to New York for a visit. We were living in Vermont at the time.

It looked much better than this when he bought it.  It had wheels for one thing. (He just sold those.)  And fenders.  And paint.  And windows.  The plan was to make a lighter, faster (of course) version of his current race car. But, one thing led to another in terms of taking things apart and realizing how much needed to be done, and eight years later, he has realized it’s just not going to happen.  So, to the junkyard we went.

But not before spending an hour piling every piece of scrap car part/metal that Paul had in the garage(s) and garage attic that he was not going to use (maybe. someday.) or sell (maybe. someday.) 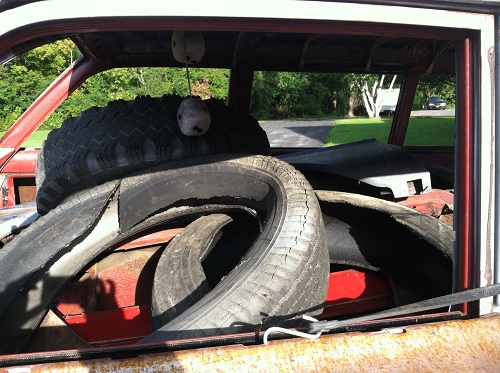 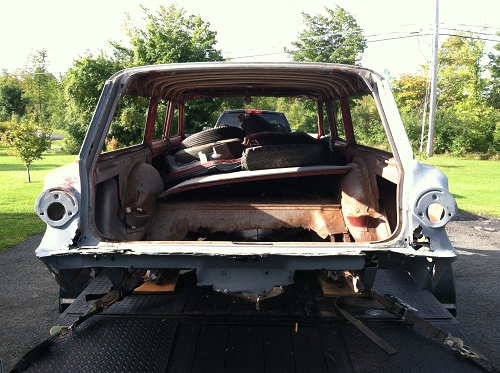 We would have put more in the back-back/way back but there is no floor there (rusted out).

We got to the brand-y new junk yard pretty early for a Sunday but it was pretty busy already.  And, yes, there is such thing as a brand new junk yard.  It was very neat and clean. 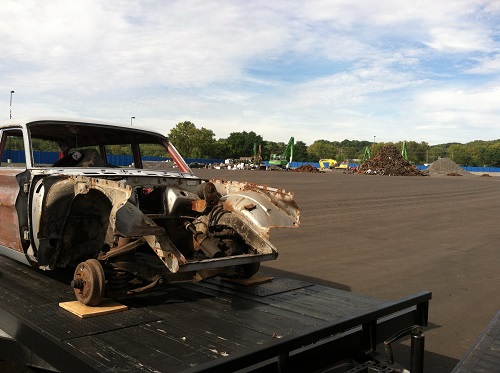 First thing we did was drive up on the huge inbound scale to get weighed (truck, trailer, car, parts, us). 11,800-ish pounds.  I forgot to take a picture of the scale.  It was pretty cool.

Then we went over to the “car area” to wait our turn for the fork lift. 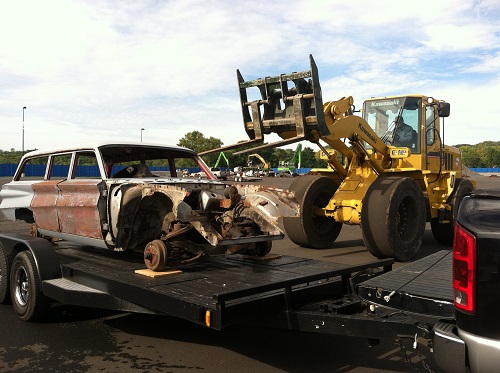 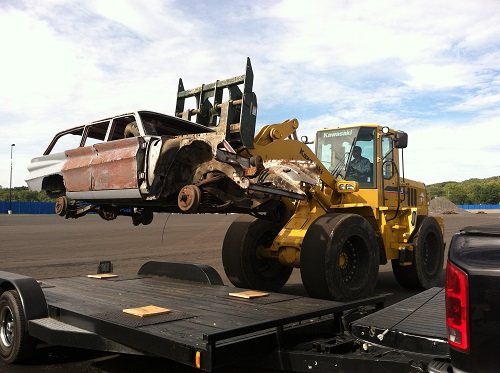 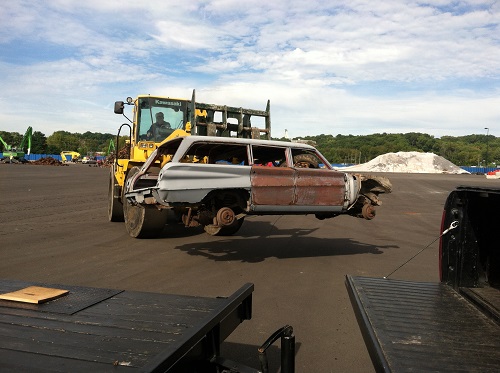 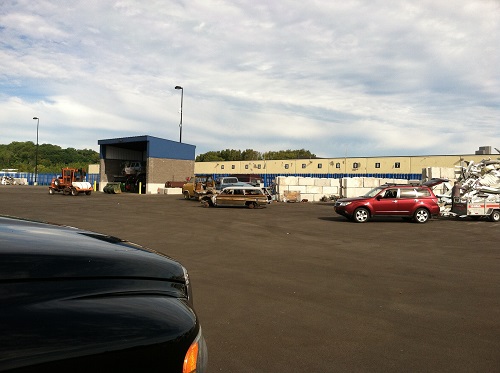 It looked kinda sad sitting over there.  But, we weren’t sad.  And off we went to the outbound scale to get weighed (truck, trailer, us).  9,700-0ish pounds.  Then we went to the office and got paid our 9.33 cents (yes, cents.  not dollars.) per pound.  You can do the math but didn’t seem like much for all the time we had it.

Then, the other best part of today was… 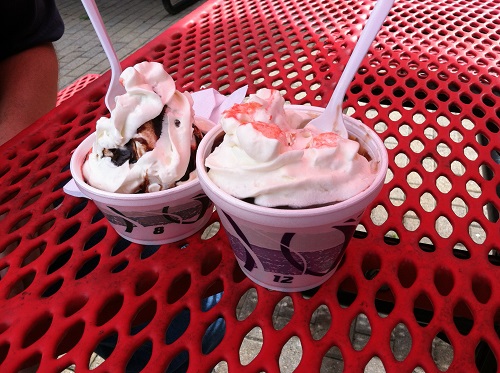 …going to get what we thought was likely our last ice cream of the season, but getting there and finding out they don’t close until after Columbus Day!  Yippee!  A whole ‘nother month of ice cream.

One thought on “Field Trip to the Junkyard”