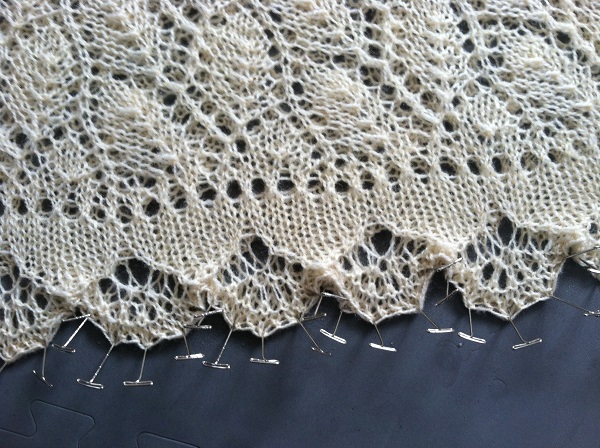 It is really hard to get a good picture of a 60″ diameter shawl.  But here it is: 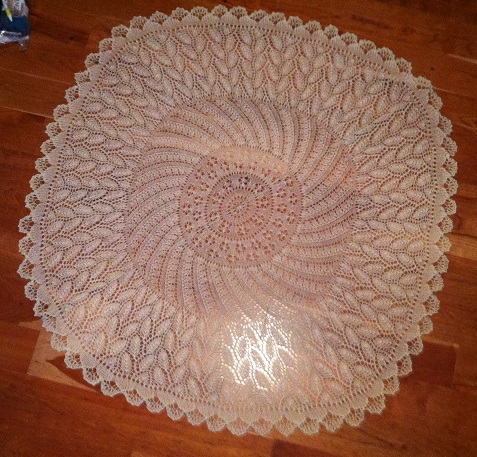 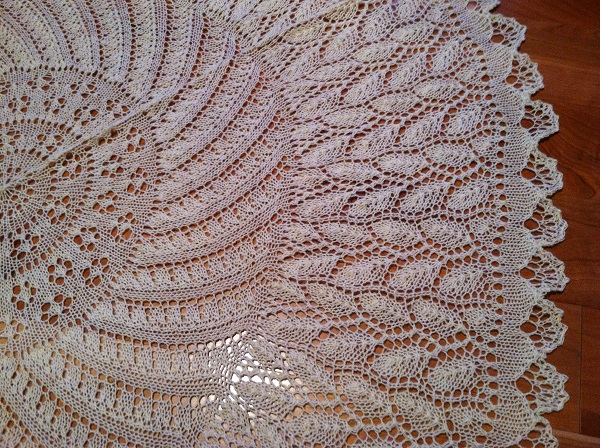 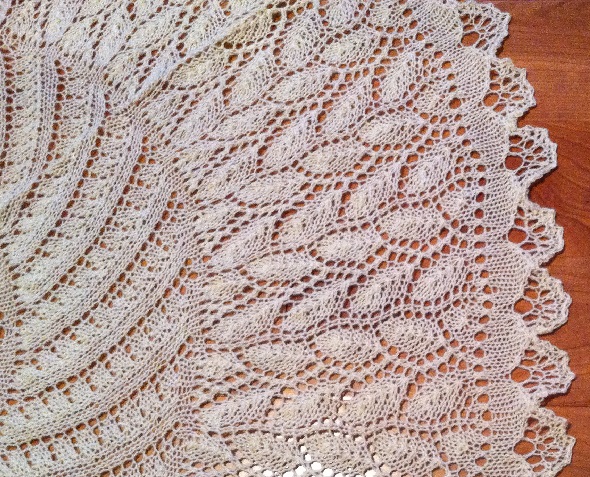 I’m mostly happy with it. I’m not terribly happy with the edging as those “waves” are supposed to be rounded and not pointy in the 5 places I put pins but I’m not really certain how to avoid that unless I wasn’t supposed to stretch it as much as I did.  But, I’m trying to not knit-pick because overall I’m really proud of it and it like it.  (And it looks more like a rounded square than a circle.  But I’m not knit-picking.)

Here is how it looks being blocked: 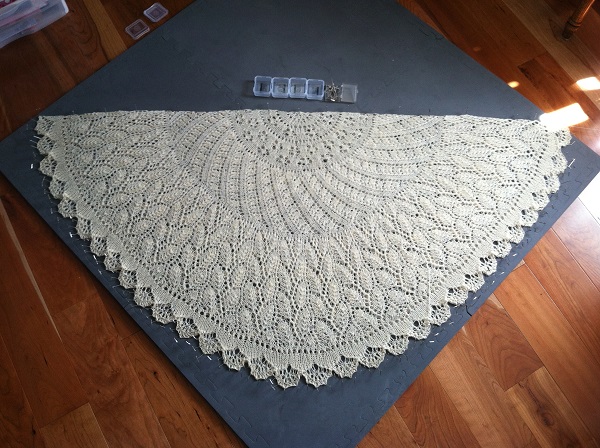 I folded it in half and used about 180 pins instead of 320.  It took me about an hour.  I still need to steam out the seam that the fold left, but will do that before bringing it to the fairs for entry.  I’m entering it in the Sunshine Fair in Cobelskill and then the Altamont Fair.

Now I’m on to spinning yarn to enter into the fair!  And also, I’m entering the Iron Spinning contest at the Sunshine Fair.  Think Iron Chef but with a mystery fiber to spin instead of a mystery food ingredient to cook….