We cleaned out the garages.  We demolished the garages.  Now we have to clean up the demolished garages.  All of our help went home after Thanksgiving, so Paul and I got to work finishing the clean up ourselves.  The humongous dumpster filled up really quickly.  That was picked up and another one is on the way.  While we waited for it, Paul worked on some siding repair: 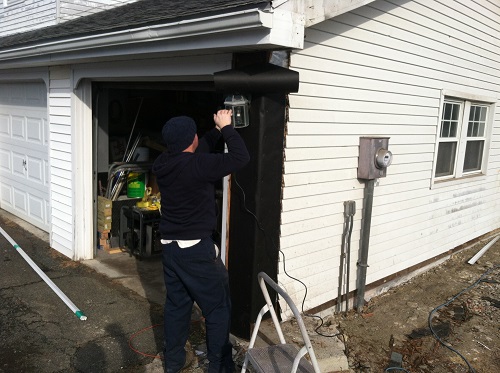 You might be saying, “Hmmm. If you demolished the garages that were attached to this garage, why is there siding, and a window, and a utility meter?”  Well, I’ll tell you.  The people who lived here before us wanted to add on some garages.  So they did.  They just tied them together at the roof (although not very well) and left everything else there.

What was my task you ask?  It was something thoroughly enjoyable.  See this pile?: 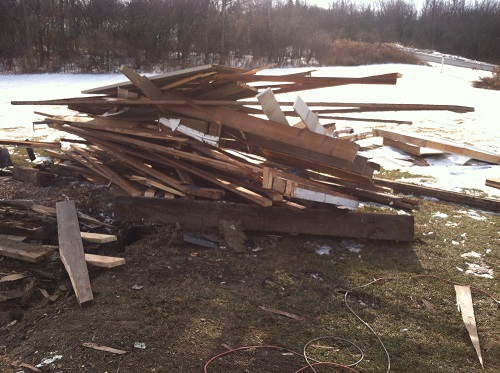 It was my job to use the circular saw to cut it up:

…cart it over to the porch and stack it: 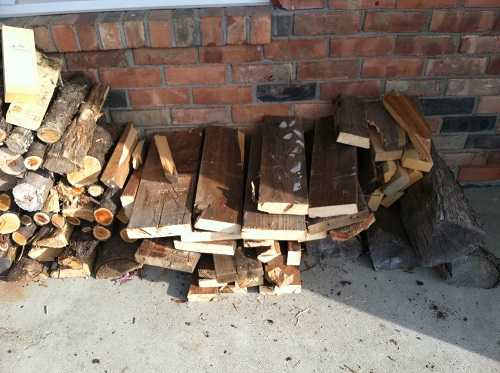 Thankfully, we’ll get something out of those falling-down-otherwise-pretty-useless garages: Heat.

I threw in the work gloves after three hours and this stack: 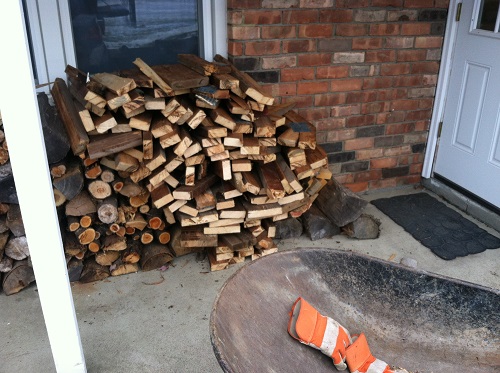 I know.  A small stack for 3 hours work.  That saw was so heavy and it took forever for me to do the cutting.  Paul took over and did approximately this same amount of cutting in 45 minutes, after announcing that I probably had a hard time because the blade is 11 years old and probably dull, especially since they had just cut through the shingles on the roof when they were demolishing.  How aggravating is that?

Here he is finishing the job, in the dark, after purchasing a new blade, and while I went to a yarn tasting (more on that in another post!): 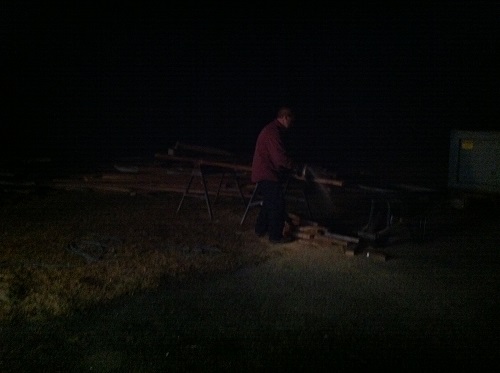 He said it was much easier.  Go figure.