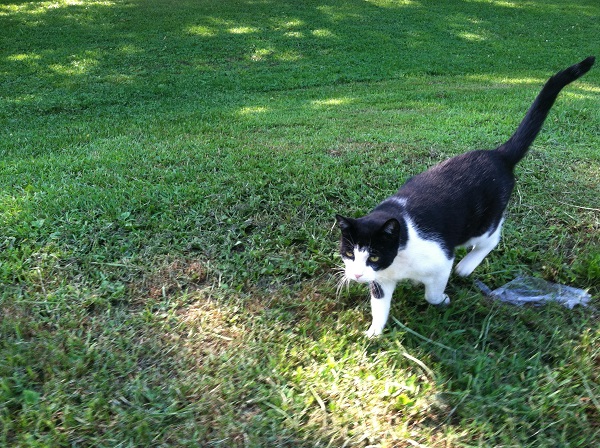 Still pretty busy around here – this is just a crazy summer! – so you get another list of all our comings and goings:

1) We went to some non-Fourth-of-July fireworks: 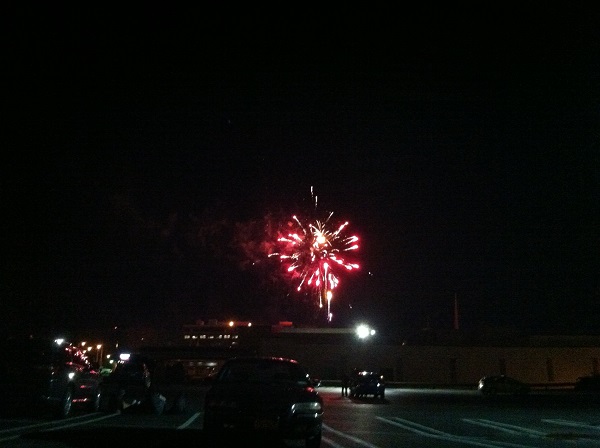 This was at the end of Schenectady Summerfest.  We had no idea where we would be seeing the fireworks so we found a parking lot, hoping we could see them from there.  We sat facing the wrong direction for a while, until other people, apparently in the know, came and sat facing the other way! 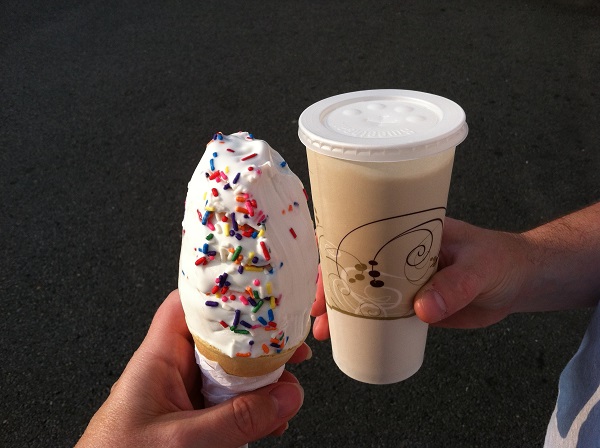 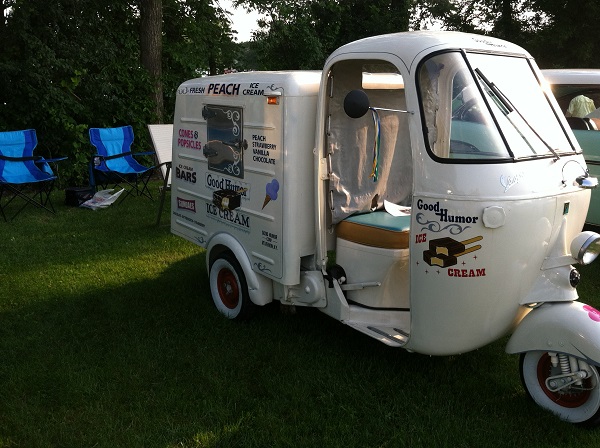 And this adorable pedal car with a lawn mower handle attached that made a perfect “stroller”: 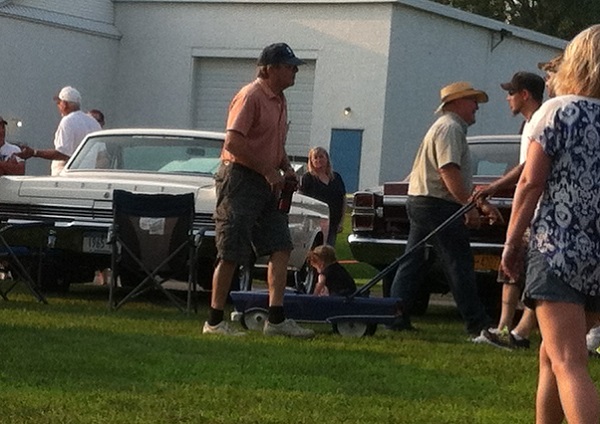 3) I was commissioned to make these for a friend’s mother: 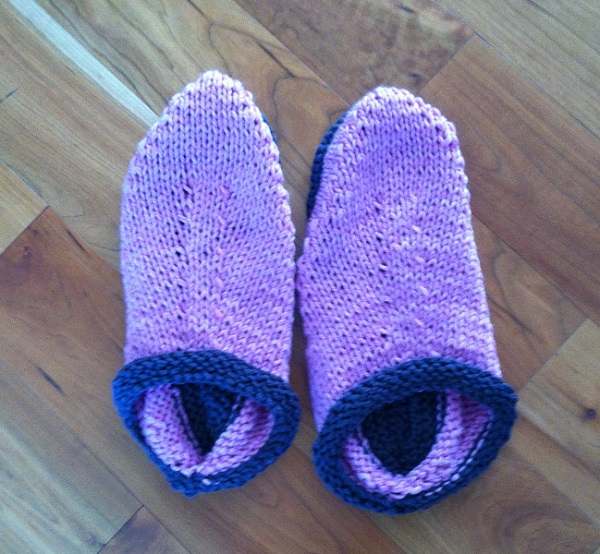 That’s the “before” picture.  I’m just about ready to felt (shrink) them to size.

4) We got ice cream another time: 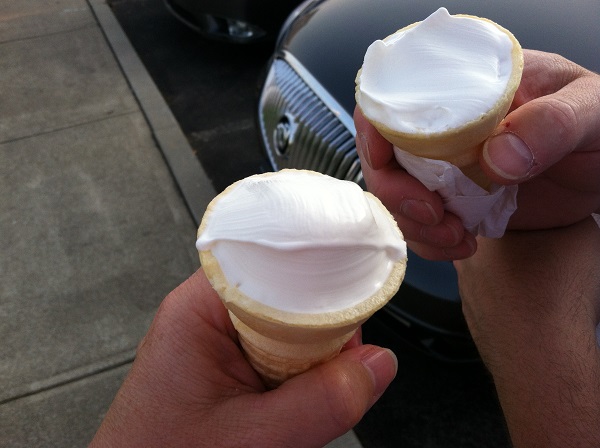 It was so hot, I couldn’t get a picture sooner because it was melting.

5) We went to Brimfield last weekend.  Here is my haul: 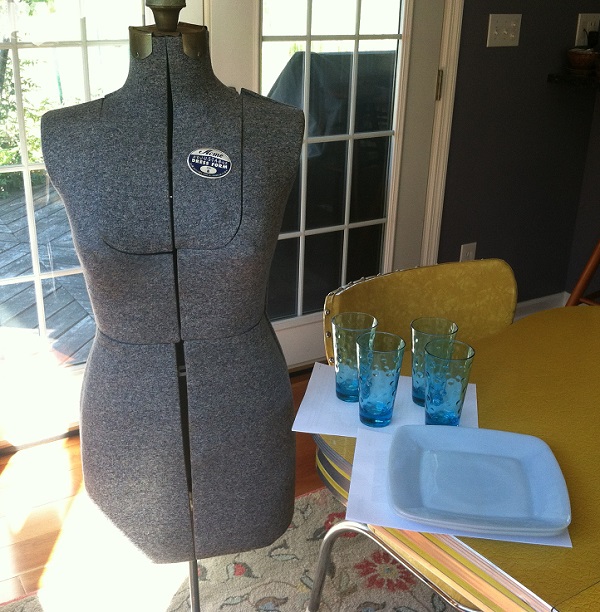 A just-from-the-box (so the guy said, but I’m inclined to believe him because I’ve never seen one in this good condition) Acme dress form from the 1960’s.  A set of 4 pretty blue polka dot glasses.  The dots are raised up, but on the inside.  And two Fire King azurite blue dinner plates.  We already have two luncheon plates and two fruit bowls, so now we have a little collection going.

6) I finished my Fractal Danger: 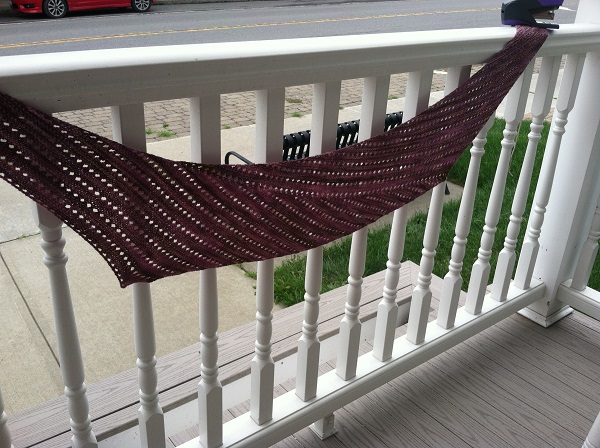 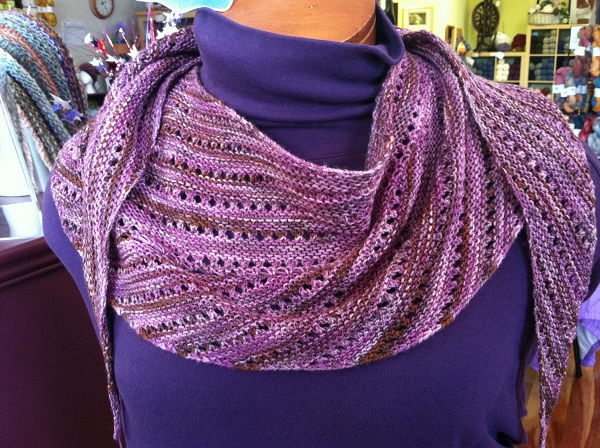 7) Our CSA boxes have started coming!  We (and by “we” I mostly mean “I”) enjoyed grilled scallions and squash with fig balsamic drizzle: 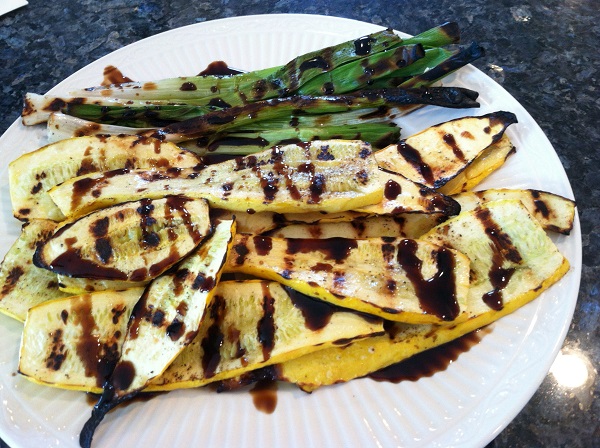 And we have only semi-enjoyed the chicken/pasta/kale dish I made.  It made a lot and now we are tired of it.  Tonight Paul is eating it for the second time and I am eating it for the fourth time.  Kale is pretty chewy and takes some work to get down.  To be fair, we made some yummy things with kale last year.  I think this batch may have been a little “mature”.  Tomorrow we are expecting collards, so I’m not really sure what/how we’ll do with that.

8) I took the doodlebugs to the park today and this kitty was there:

There was a woman there with her dogs and this is her cat, who follows them to the park all the time.   His name is Arthur.  When I was growing up we had a cat (actually two different cats) that looked almost exactly like this (I think ours had a little more white on the face).  AND their names were Arthur!  Yes, we had two cats, one after the other, that looked the same so we named them the same.  Miss Ladybug kept asking why he looked so mad, but I didn’t think he looked mad.

Stay tuned for more knitting. I  have an almost-finished something.

2 thoughts on “Comings and Goings”