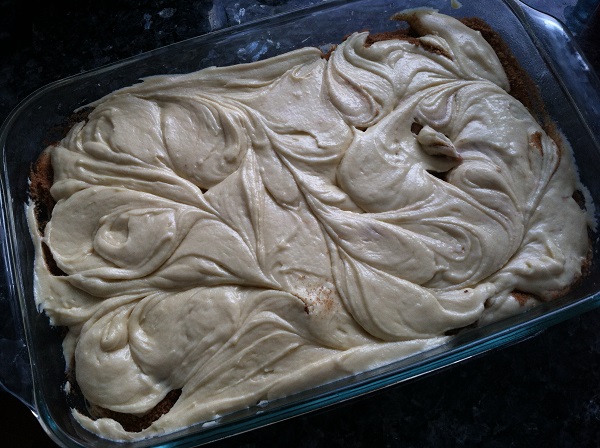 Prior to getting my Sift magazine in the mail, I had my eye on this Cinnamon-Streusel Coffeecake from King Arthur Flour.  Just something that looked yummy and I wanted to try it.  So, keeping in mind that I was teaching two knitting classes this weekend, and therefore could bring it to those classes and have most of it be consumed by others not in this household (because *spoiler alert* if it stayed here it would  have been eaten in one day flat), I tried it. 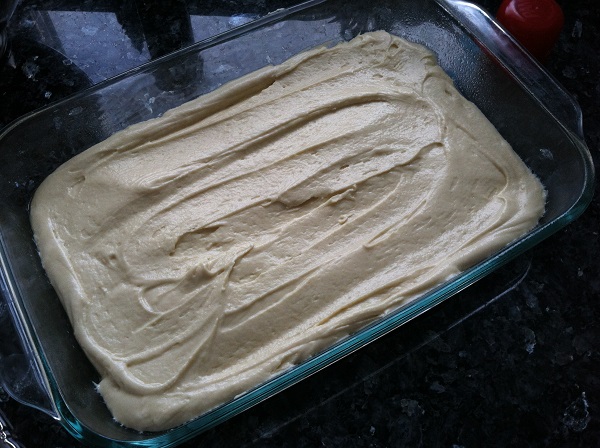 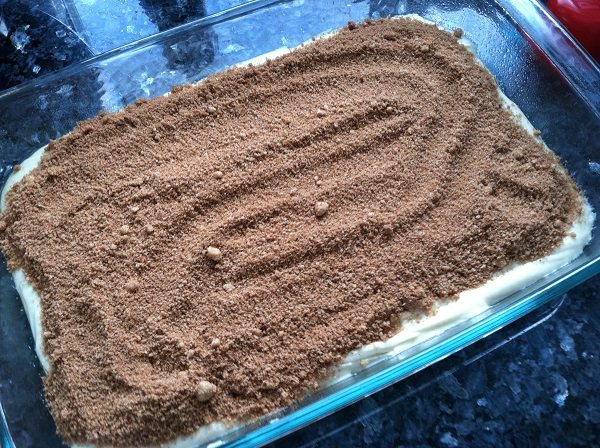 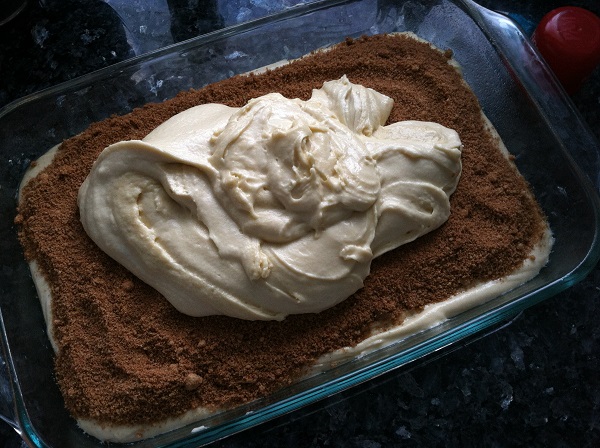 Spreading that second layer of batter was tricky: 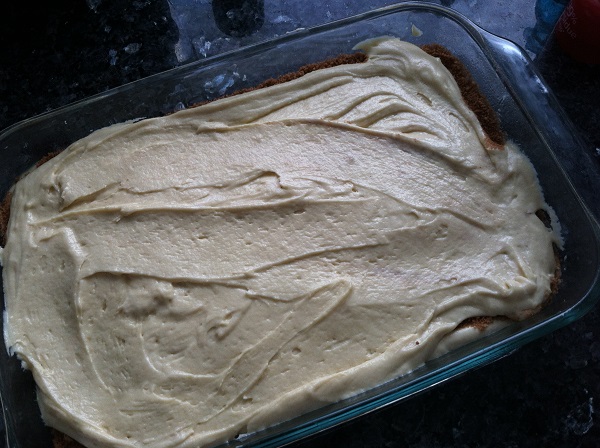 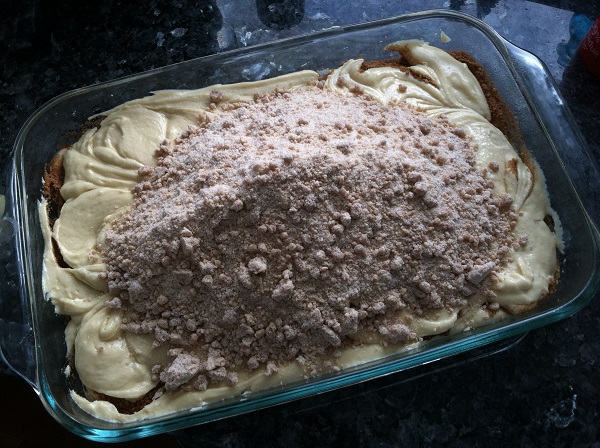 Ready for the oven: 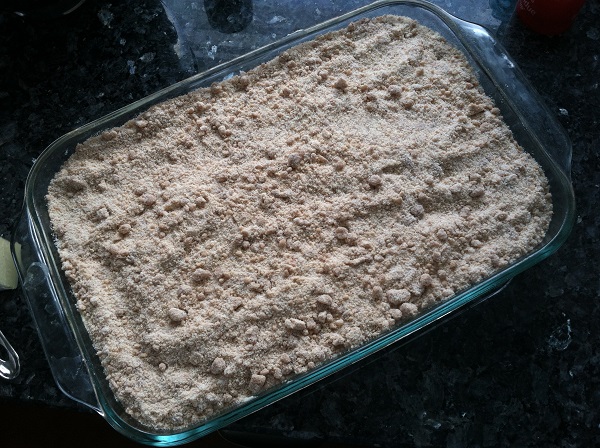 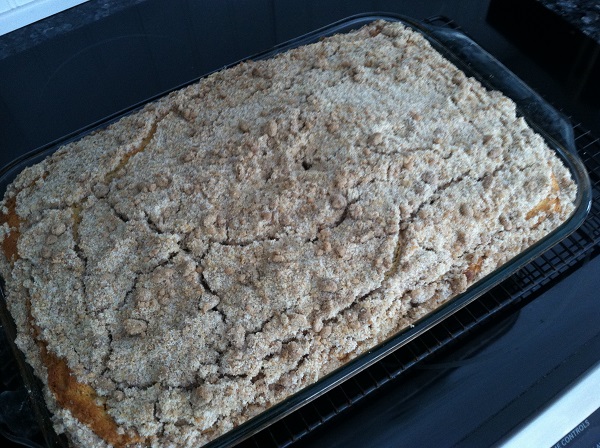 Or, rather, a little over-done.  I had to cook it a little longer because the middle was still wet when I tested it with a toothpick, but then the bottom got a little too browned, and the edges got a little too hard/crispy. Note to self: check oven temperature accuracy. 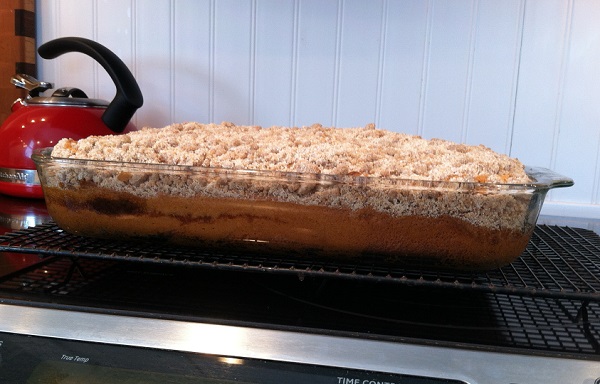 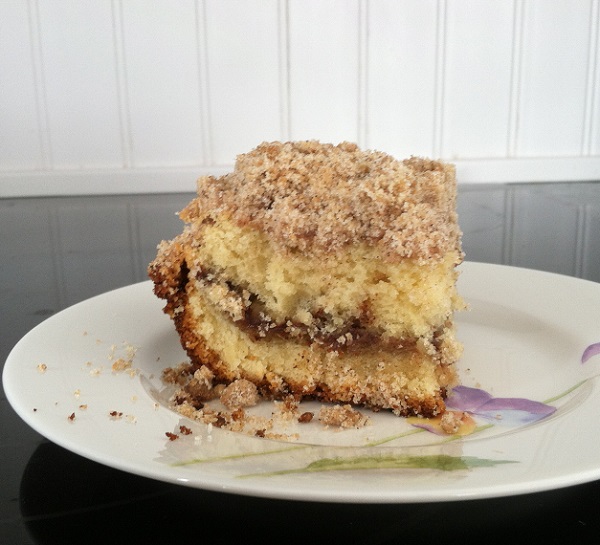 It was still SO.  VERY. YUMMY!  Especially 20 minutes out of the oven, which was when Paul and I tried it (he made a special trip in from the garage where he was working on restoring a step stool and a scooter).

It got good marks from the yarn shop customers and my knitting classes too: 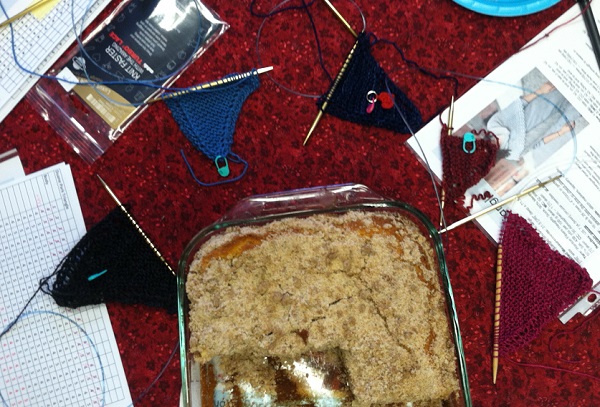 (This was the Triangle Shawl class, to learn about increasing and changing colors and lace and applied edgings – we used the Duane Park Triangle pattern.)

This recipe is a keeper for sure.

AND, one of my class participants (who-took-both-of-my-classes-that-day-and-whose-first-class-had-three-women-in-it-and-they-were-all-named-Kathy-what-do-you-think-of-that?) brought in two knitted items to show me: 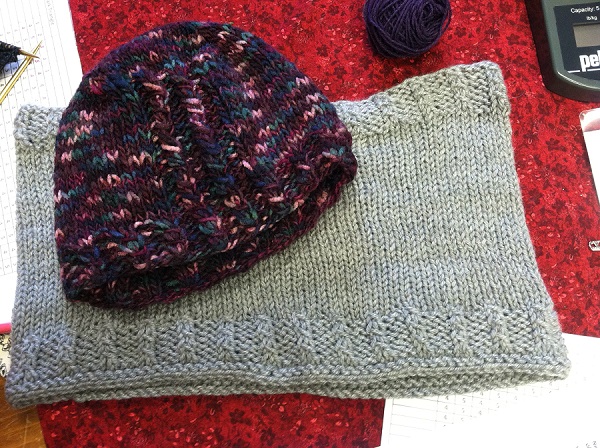 Knit using my Bulky Twisted Rib Hat pattern and my Easy Cozy Cowl pattern!!!  She said she loves them and she thought the patterns were very well written.  Hooray!

And, if you thought I was too busy with all this baking and teaching to finish Paul’s slippers, you would be wrong!: 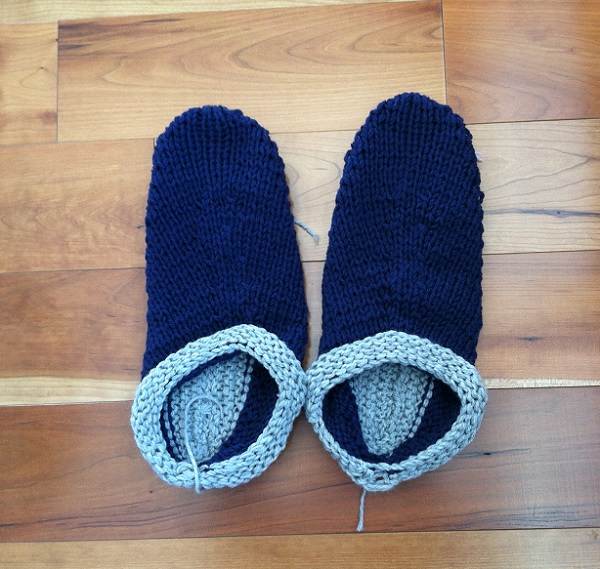 Ready to be felted.  As soon as I finish the laundry.  Which would take me a whole lot less time if I would remember to put the cover of the washer down so the load of laundry would actually get washed.  And as an unrelated, but sort of related side note, I also prepared something for the crock pot and then forgot to turn on the crock pot, so now we are having something else for dinner.  It’s been one of those days.  I’m blaming it on the daylight savings time change.  Because of that, I am off to read my Sift.

One thought on “Cinnamon-Streusel Coffeecake”