It’s been a week and a half since my last post.  I don’t like to go that long between posts because I know you are very likely checking every hour or so to see if there is a new post and I don’t like to do that to you.  But things got busy.  In that time:

There were several days of working at and filling in at the yarn shop.

There were two classes to teach. Finishing up the two socks on one circular needle class: 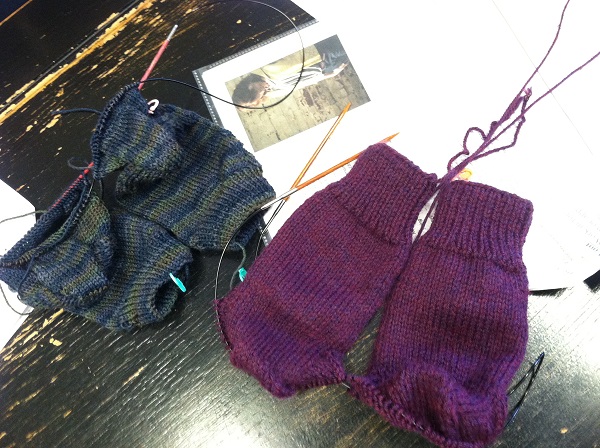 You may notice that there are only two sets here.  In the first class there were five!  I had three participants who didn’t make it to the second class – but hopefully they will finish their socks!

There was also the Bridgeport Cowl class: 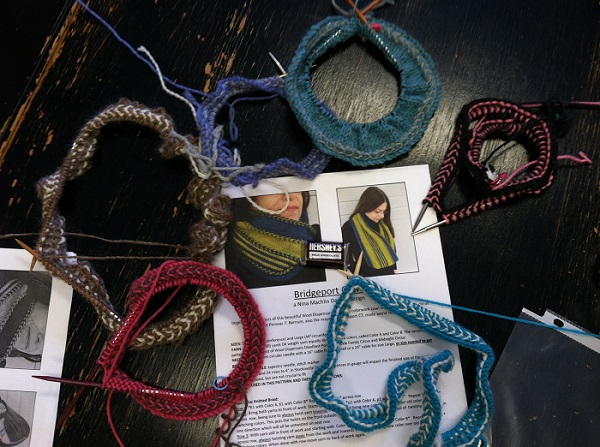 Lots of fun was had with a very spirited group!

There was baking, which I’ll show you in another post.

There was cooking, which I’ll also show you in another post.

There was this fox in our yard: 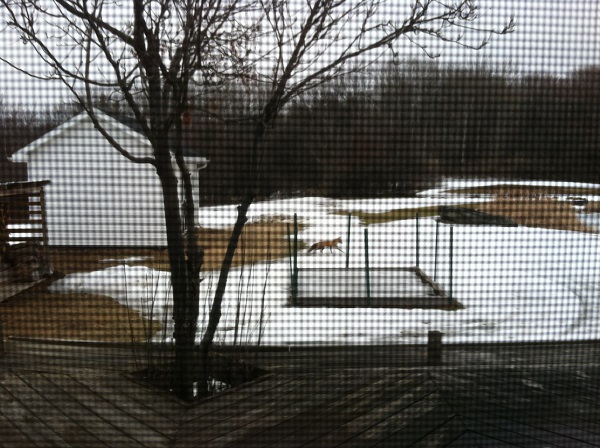 Paul and I were both frantically racing for our phones to take pictures and then realized that we couldn’t get a good picture because of the screen on the door….

There was helping to bleed the brakes on Paul’s race car: 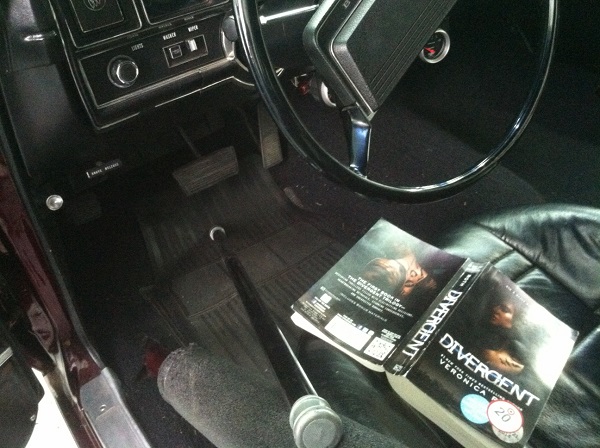 My job was to use that pole to push the pedal down and let it up when Paul said “Down” or “Up”.  A really taxing job, right?  It took some time so I brought my book.

Oh, and there was that book!  What a great book! Divergent

by Veronica Roth (click there to get it on Amazon).  The first in a three book series, it is a fun, exciting, page-turning sci-fi book.  I’m not usually into sci-fi but I loved the Hunger Games series and this is somewhat similar.  There is a strong female lead character who has to deal with a huge coming-of-age life changing event.  The story just pulls you along and I couldn’t stop reading it.  From Amazon:

“In Beatrice Prior’s dystopian Chicago world, society is divided into five factions, each dedicated to the cultivation of a particular virtue—Candor (the honest), Abnegation (the selfless), Dauntless (the brave), Amity (the peaceful), and Erudite (the intelligent). On an appointed day of every year, all sixteen-year-olds must select the faction to which they will devote the rest of their lives. For Beatrice, the decision is between staying with her family and being who she really is—she can’t have both. So she makes a choice that surprises everyone, including herself.”

I HIGHLY recommend it and I can’t wait to read the next one in the series.

And then there was this:

More posts coming about the baking and the cooking and the finishing of the knitting….and hopefully sooner than a week and a half from now…