You can put this on this list of “Crazy Things Knitters Do That No One Else But Other Knitters (and Paul) Understand”….

Paul and I were out early on Sunday morning, running errands and having breakfast at Panera.  As we were eating, we were discussing what we were going to do with the day ahead of us, both assuming we’d be going home to do house-y or garage-y things.  Then Paul said what he really wanted to do was get an ice cream at Martha’s in Lake George.  I jumped at the suggestion, especially because I will do practically anything to get out of vacuuming. (I had been putting it off for an obscene amount of time.  Just be glad you didn’t come over.)

However, there was one problem.  I had left the house without any knitting.  This constituted a true yarn emergency because who wants to ride in the car for a whole hour (each way) and not be able to do any knitting?  I couldn’t stand the thought.  I actually would truly rather buy new yarn and new needles (of which I have many, many, many, many, kinds at home already) than go for that trip without it.  And we happened to be right near a store that sells yarn and needles.  It was not my tried and true local yarn shop (The Spinning Room!), and didn’t have my favoritest of yarns, but that was ok.  It really was an emergency.  Seriously.  Did I mention how I would not have been able to stand the ride without knitting?  And let me tell you this:  Paul did not even blink at the idea/suggestion.  He knows.  He sort of just sighed and said, “Let’s go then.” 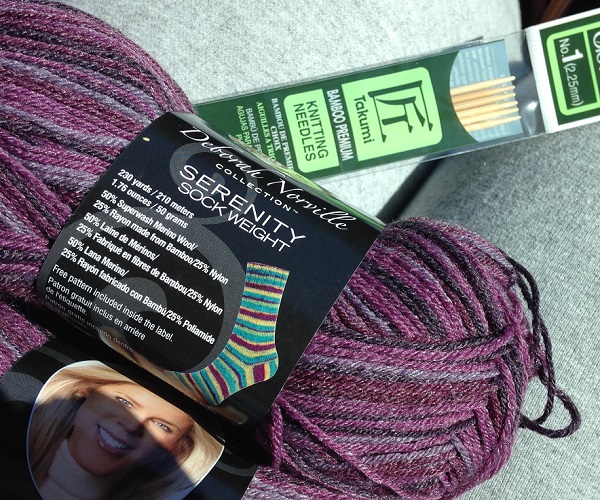 And we were off!  I happily started a new pair of socks with my new surprisingly-nice-to-knit-with yarn by Deborah Norville (who happens to also be the new host of Knit and Crochet Now on PBS, a show I like). 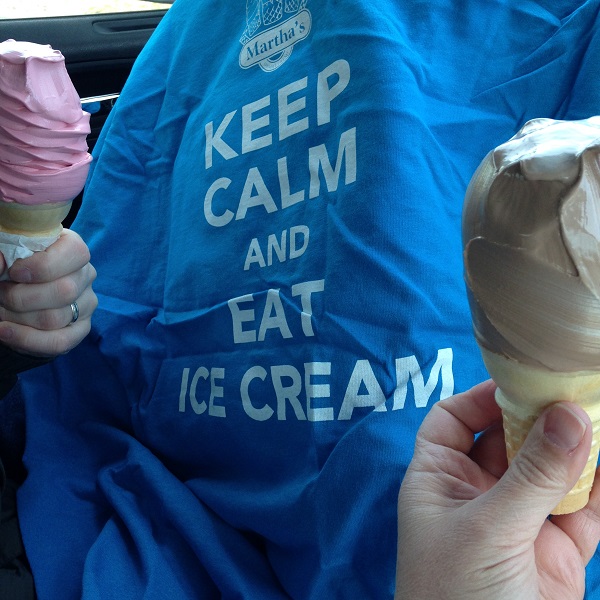 Not only did we get a great ice cream cone, but I got the best t-shirt ever.  Except Paul said that I should add “and Knit” on the bottom of it.  We decided it would be best to drive right by the tempting outlet stores and then we went for a nice, long walk along the lake and in the town of Lake George.  Nice and quiet with no tourists!

What a great day, and look how much I got done on a sock!…. 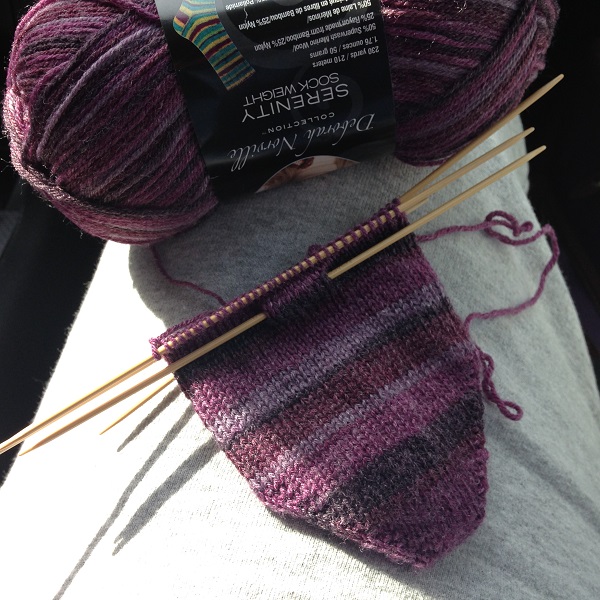 And today I vacuumed AND mopped the floors.  See what a little down time (and knitting time) does to the cleaning mojo?

P.S. Paul mentioned that this is the third time this season we have gotten ice cream and my seasonal tally is not on the blog yet.  I took it down, thinking that we wouldn’t have as much ice cream this year since we are trying to eat healthier (ha!), and now I can’t remember how to re-put it up.  I’ll work on that since apparently I was a tiny bit wrong in my thinking.

2 thoughts on “A Yarn Emergency”