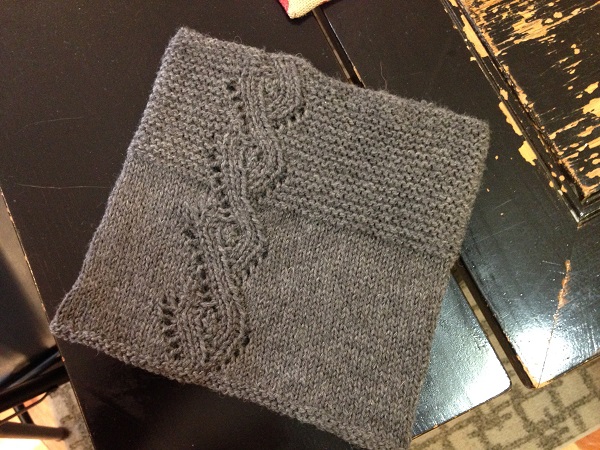 A lovely tea, two lovely cowls, and a scaredy-cat.

This was an excellent way to spend last Sunday afternoon: 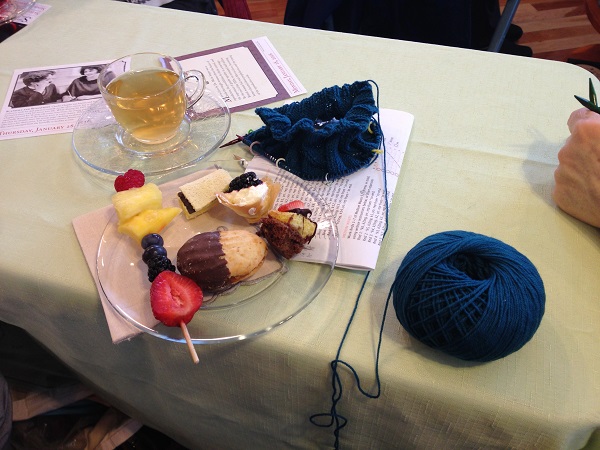 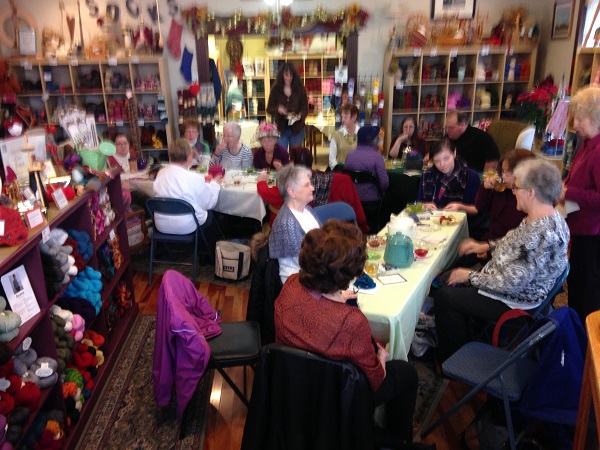 The Spinning Room had it’s third annual tea party to celebrate the wonderfulness of Downton Abbey.  We are all sad that it is ending.  Yummy treats, catching up with knitting friends I haven’t seen for a while, meeting some new people and knitting.  A really nice afternoon.

So the project up there in the top picture is the Song of the Sea cowl which I finished last night: 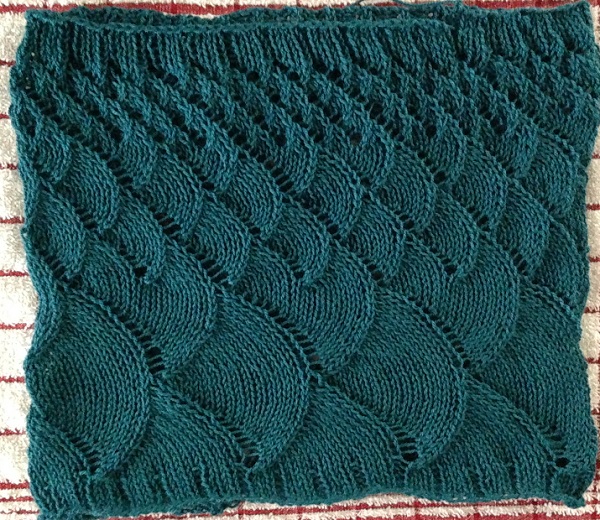 I love it.  Although I do not love the red and white dishcloth background.  Easy pattern with such a pretty effect.  Class coming up on April 9 if you are interested!

I also made the Three Way Fun cowl:

I started this at 5pm on Saturday and finished it Sunday morning at 10am.  Definitely fun, and quick, and pretty cool because you can choose several different looks to knit it in.  Also a class, coming up on April 3 if you are interested!

Also working on finding a shawl project to knit for an upcoming class. I’m having so much trouble finding one that I will love to knit and that others will love to have as a class.  I have had several false starts.  And by that I mean I have bought several patterns and haven’t started knitting them because the construction was not what I thought it would be, or it was just too difficult for a class, or it had a good stretch of purled garter stitch.  Who wants to do a purled garter stitch lace pattern?  Not me, really, even though it is pretty.  So, I’m not going to knit something that I’m not going to like knitting, only to then try and convince someone else that they really want to knit it!  So the search goes on….

And then there is this: 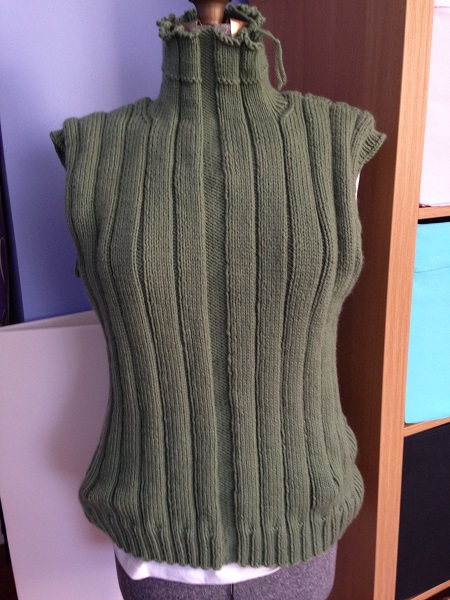 That is the first picture in the sequence of pictures to show you how I am going to go about steeking Paul’s vest.  That is the only picture there is.  Today is the day that I say screw-your-unreasonable-fear-of-doing-this-simply-because-you’ve-never-done-it-and-don’t-want-to-ruin-it-so-stop-being-a-scaredy-cat and TRY.  Although.  It is now 3:15pm and I’ve had a busy day and I’m a little tired.  I wouldn’t want to make a mistake because I was tired.  Maybe I should wait until Friday.  I can do it first thing in the morning when I am freshly awoke.  I’m not making excuses, just being sensible.

9 thoughts on “A lovely tea, two lovely cowls, and a scaredy-cat.”