Today, for you, is a cold list.  That is, a list because I have a cold and I’m tired and can’t come up with anything else.  NOT because it is cold outside.  Because it’s totally not.  A balmy 66 degrees which feels hot compared to the 20 degree weather we had recently.  Anyway, on with the list….

1) Paul finished the puzzle without me: 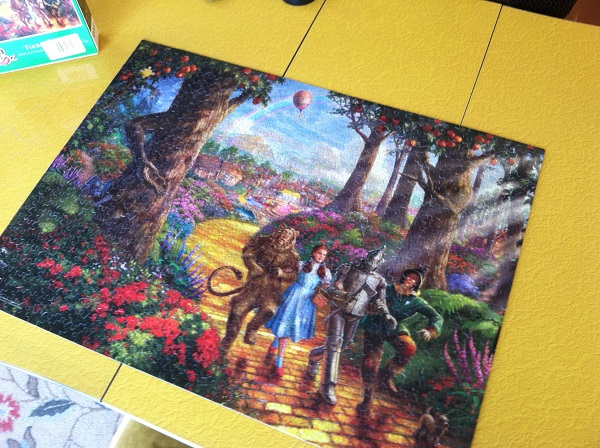 It was hard and it took him a long time.  (I was doing Jigidi puzzles….) 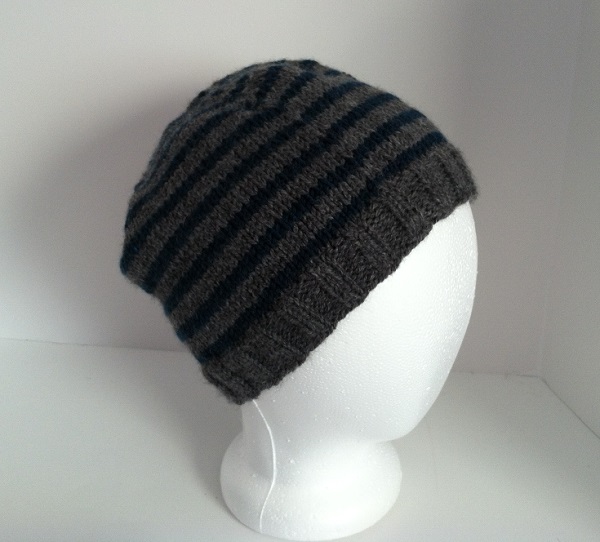 Turn a Square by Jared Flood.  Easy hat.  I just realized the back is in the front.  I can see my jogless stripes technique.  Can you spot it?  If not, that’s a good thing.  They are the elongated-type stitches up there running from the brim to the top.  A great technique for making sure you don’t have big jogs in your stripes, which happens in circular knitting.

3) It is called Turn a Square because of this: 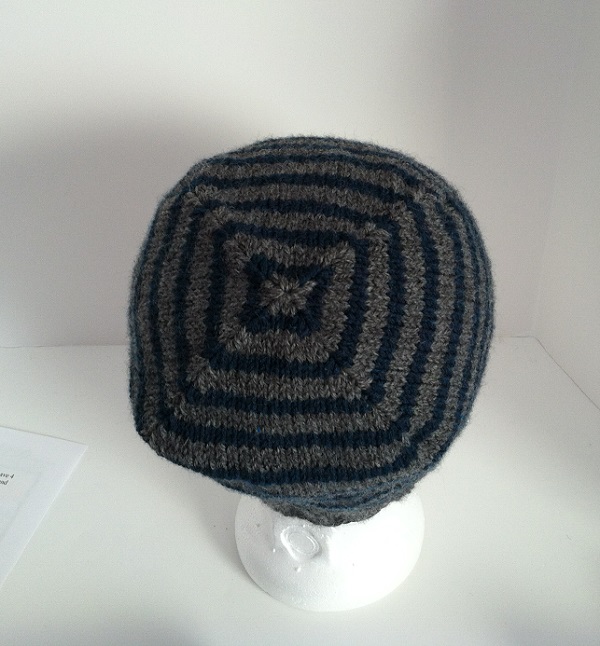 4) Christmas knitting was seriously hampered when I didn’t feel like knitting and instead felt like watching a million re-runs of The Pioneer Woman and playing Jigidi. 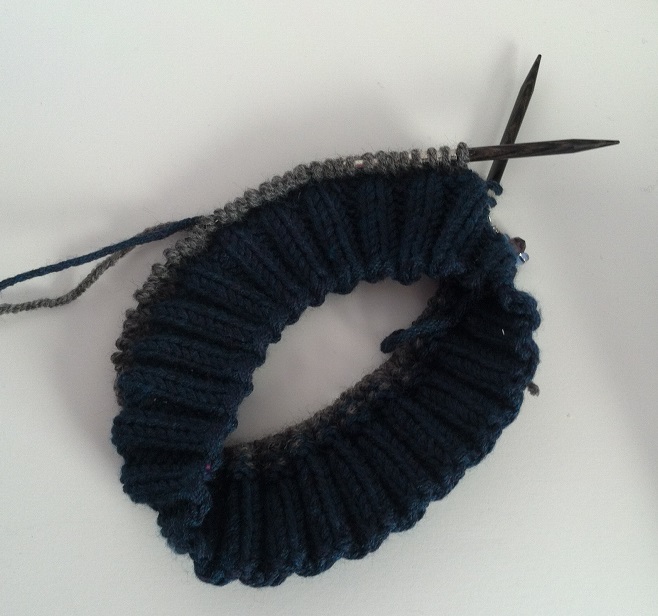 6) I’ve been obsessing about making cupcakes from this book that my mom gave me for my birthday: 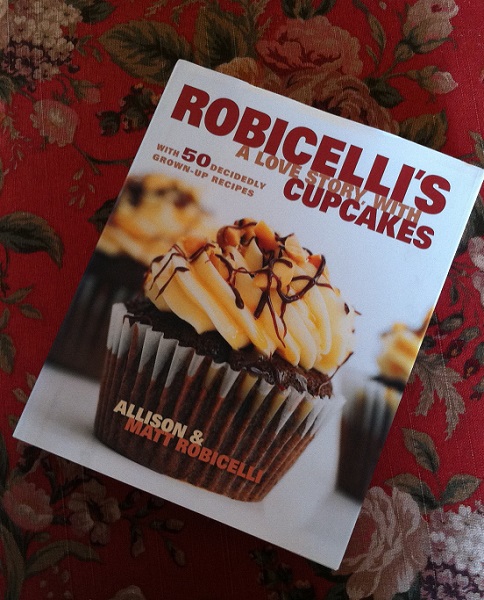 Robicelli’s: A Love Story, with Cupcakes: With 50 Decidedly Grown-Up Recipes

I’ve been reading and re-reading the instructions for how to make French Buttercream. It’s a many-stepped process including using a candy thermometer and pouring hot sugar into egg yolks slooooooooowly.  But “they” say it’s the absolute best buttercream ever and I just have to try it.

I was going to make the Crème Brulee cupcakes this weekend.  They look so yummy— you put vanilla custard into the aforementioned buttercream.  And you make caramelized sugar to crumble on the top.  But…. the thing I said about knitting in #3?  Same thing about cupcakes.

Then today I was going to try and rally to make but then I realized I didn’t have enough butter. The recipe calls for 1 1/2 pounds.  That’s because all the recipes in the book make 24 cupcakes, not the usual 12.  Oh, and the cupcakes take another half pound. Plus, I’m tired, so now would not be the time to try the aforementioned many-stepped process.

Maybe I’ll try making them this weekend. You know, after that huge day of eating coming up, that I am making sweet potato casserole and pie for, with the all-kinds-of-leftovers for days.  It will be a great time to make 24 cupcakes and eat them.

7) HAPPY THANKSGIVING! (I am thankful there are still people reading my blog….)